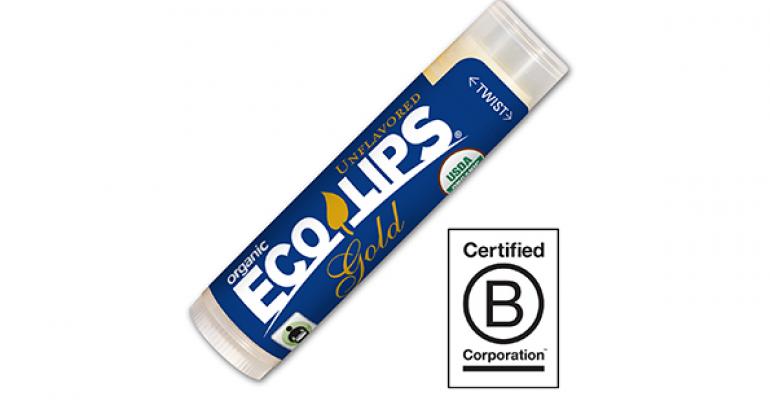 Eco Lips founder Steve Shriver has done what no natural products entrepreneur has done before. Not only has Shriver managed to keep his Fair Trade, USDA Organic lip balms (manufactured by a wind-power-offset, B Corp-certified company) from reaching untenable retail prices, his company&#39;s new My Eco Lips project allows consumers to pick out every ingredient that goes into their lip balm and have it custom-blended and shipped within a few days.

What was the genesis of Eco Lips?

Back in the early 90s, I met this cute girl who was making lip balm on her stovetop. Her name was Andrea. I basically fell in love with her and her lip balm all at the same time. Being a lifelong entrepreneur—never really having a successful business, but always playing around with businesses since I was a toddler—I saw an opportunity in lip balm. It was natural, it worked. 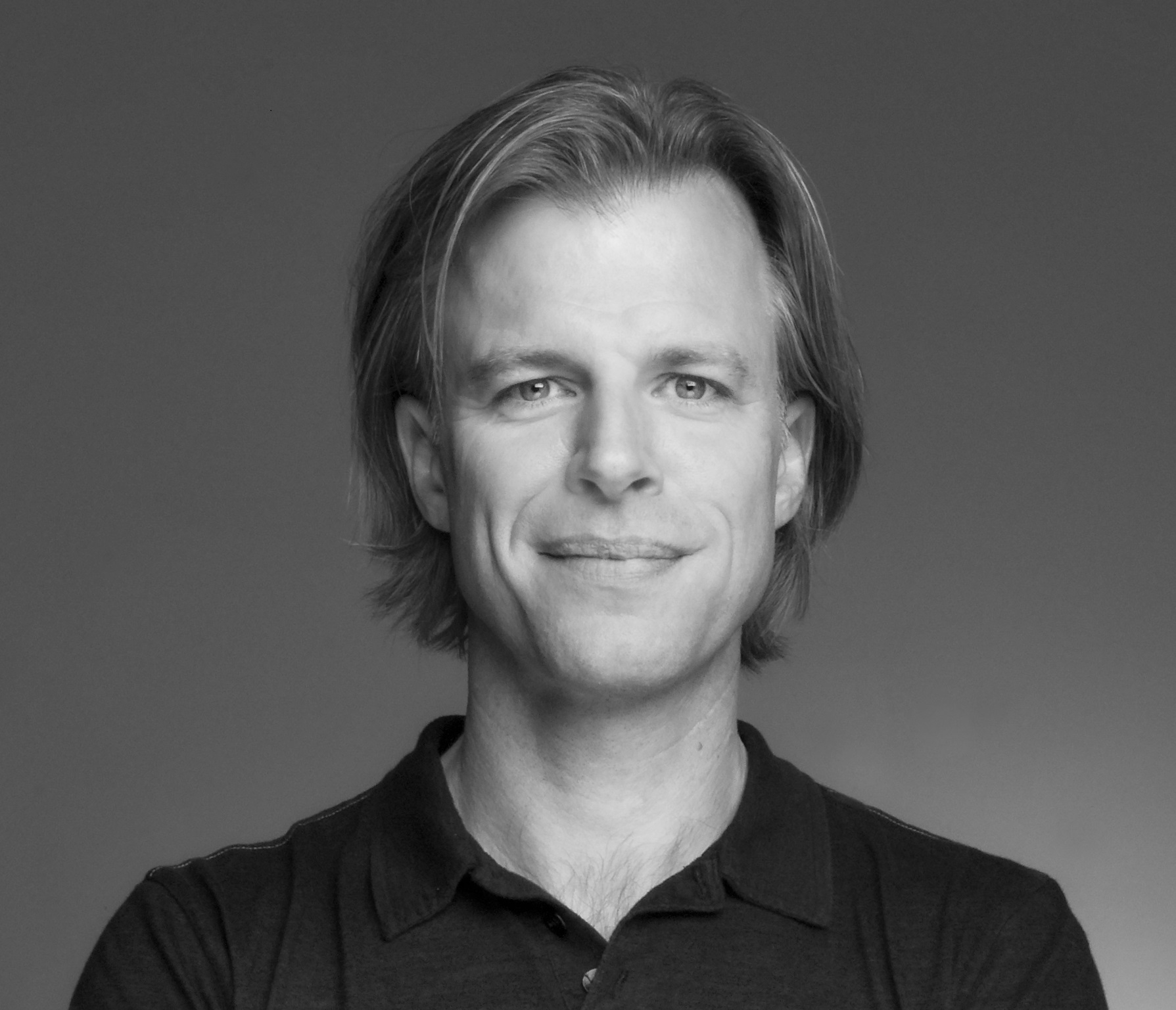 We started peddling her lip balm to local stores—that sort of American dream story—and we grew that pretty rapidly into a private label manufacturing company. In that time we had three children. Then we sold our first lip balm business, which was named Raining Rose, in 2003. We hit every goal that we wanted to, but I wanted a bit of a change and I really wanted my own brand. I thought we could do it better and that we could be a category leader.

Eco Lips was born out of that. The idea with Eco Lips was to somewhat mimic the mass market by playing in a single category. Everybody from Burt's Bees to Kiss My Face to Avalon—their strategy is to launch products into every single category. So there's not a real focus. My feeling was that without that focus, you're going to sacrifice your connection to the needs of a consumer in any given category. So we said, 'Let's be the Chapstick or the Blistex of the natural products industry.'

And it worked. Within three years we were within the top 10 in terms of category sales. We're 10 years into it now. We're No. 7, so we're not one of the top three yet, but we're moving in that direction.

Did you start the company with all the sustainability certifications you have today?

We were the first organic lip balm on the market, but the USDA seal had not been used for personal care yet. It was during that period where there was a lot of discussion going around about what seal would be relevant. Ultimately it became the USDA Organic seal. We realized the USDA seal made a difference and that Fair Trade makes a difference. We just became a B Corp last year.

How were you able to sustain a healthy gross margin with so many certifications?

Lip balms have a pretty decent gross margin to start with. We went out with a really low price when we launched Eco Lips. We took the Chapstick mentality a little too far. It got us inroads and lots of distribution, but we lacked the margin to grow. Over the years our prices have gone up and it's partially due to building a financially stable and strong company, but it's also due to the additional work involved in sourcing and managing our Fair Trade supply chain, paying for our facility to be inspected by FDA, paying for the wind-power offsets, and managing all that it takes to be a B Corp.

There's an adage in natural products: Everyone cares about a price increase except the consumer.

Ironically, the more we charge, the more we've sold. There's also this perceived premium concept. If you're paying 99 cents for a lip balm, consumers generally think it's not as good of a lip balm as if it's $5.99. Our top-selling lip balms now are our most expensive lip balms, which is pretty awesome. That's units, not just dollars.

Our One World line comes in a little bit larger container. We started using tamanu oil, argan oil, and we're telling a bit of a sourcing story and highlighting a region of the world that is somewhat romantic. So it's definitely the marketing and the branding behind the products that's driving those sales.

How are you able to manage your My Eco Lips program?

It's the most revolutionary thing that we've done. It bridges modern technology with old-school production and cooking methods.

My youngest daughter Chloey loves the lip balm life and she's always bringing home special requests from her friends. "I want this on the label. Can you make it taste like this? Can you blend these flavors together?" From those conversations was born the idea of offering a lip balm platform that would give people whatever they wanted.

The DIY space is growing, but it's still a pretty niche consumer who's going to go buy the beeswax, buy the oil, melt them down, put them together. There's a transition happening to CIY, which is create-it-yourself. You get all the same great feelings of creating something but you don’t have to do the work. Nike's doing it with shoes, Adidas is doing it. So we said, 'Let's be the first personal care company to do this.' We spent a year developing it and about six months full-time writing an algorithm. Really what it comes down to is making it as efficient as possible. We have this algorithm that will take all the criteria the customer has chosen online and print out a formula. Then the 50 or so total ingredients can be assembled and packaged in less than 15 minutes in two billion possible combinations.

It's kind of like a line cook. We've got mixologists standing at the stations with all the ingredients in front of them on a wall. It's a cross between a lip balm lab and a line cook station.

My older brother Scott is a bit of a genius. When we were kids he invented a button on his bed that would open his bedroom door. When he got his first car, he rigged it up to shoot bottle rockets. He's in IT, so he wrote the code, but also really helped developed the system. Then my operations manager really made that space efficient. We said it would take us a year to develop. You just let it come to you as it does. Whether it was two in the morning or two in the afternoon, little pieces of it started to come together.

We're doing 20 or 30 orders per day, so we're not slammed by any means. But if it was 200 or 2,000 orders a day—which is what we're ready to scale up to—then it would be challenging, but also worth the resources.

Have there been any moments when you've wanted to give up?

That happens once every three to four months. I'm finally figuring this out. I'm 41 years old and I'm getting a little bit more mature. I'm much more able to focus. But one of the reasons I sold Raining Rose in the first place was that it was growing really fast and it was creating a lot of stress to manage that growth. As a private label/contract manufacturer, we were becoming what our customers wanted us to become, rather than what I wanted us to become. When you're making other people's product, you need to adhere to their specs.

Starting with a clean slate with Eco Lips was a great start, but I'm a growth junkie. That's all I know. I can grow business. With that creates a lot of change, a lot of instability. Every three or four months I'll definitely question it: What's off-balance and why?

We're growing 45% this year. For a 10-year-old business, it's great. We're expanding, we're buying new equipment, we're hiring. We're trying to keep up with demand for our product while trying to keep our employees happy, keep ourselves happy, keep cash flowing. Growth is the thing that challenges all of that. Every time we plateau, we're always happy we went through that growth spurt, but it's never easy.

The thing that keeps me going is that I really feel like we're doing something meaningful. It's this tiny little gateway product. If people buy organic lip balm, that's your first organic item, and then you're going to start buying organic produce.

What one piece of advice do you wish someone had given you when you started out?

No one will help you as much as you can help yourself. I've gone through various phases where I've thought, 'If I go meet with this entrepreneurial support group, or maybe this new banking relationship I have will be the answer.' But it's the employees and I who do all the problem-solving and make things work. We know the real strength is here within the company. At the end of the day, it's up to the entrepreneur to have persistence and a relatively high pain tolerance when it comes to challenges of running a business.

Also, try to keep everything in balance. Everything from your company's health to your health to your family relationships. It's really easy to just put your nose to the grindstone and overwork your body and mind. Now that I've discovered yoga and I've matured, I've been able to better apply that balance to the company too.