HomeNewsProtein strong, but supply could be shifting
Recent
Latest
Sponsored Content
Are there potential carcinogens swimming in your biobased laundry detergent? – article
Sponsored Content
Organic agriculture and its impact on ingredients and the planet – webinar
Sponsored Content
The goodness wrapped in a certified organic seal – video
Podcast: What brands need to get on shelf at Fresh Thyme Market
May 24, 2022
Trending
Getting ready for 2023: Trends for brands to consider
May 17, 2022
Whole Foods' honors 30 companies with 10th annual Supplier Awards
May 18, 2022
6 tips to promote consumer understanding of Certified Organic
May 18, 2022
Natural beauty market trends
Jun 16, 2021
NBJ
brought to you by

Protein strong, but supply could be shifting

With carbohydrates demonized and fat a non-starter, protein is being called “the macronutrient last standing.” Protein has few detractors and shows up in everything from cereal to sports drinks.

Still, demand has complexities. Plant-based sources look strong. Vega sales grew by 50 percent last year, and the company got picked up by WhiteWave last month for  $550 million deal. Garden of Life was up 30 percent. Whey, while still the biggest share of the protein market, is more complicated. Once considered a byproduct, interest in whey for protein powders exploded. But supply followed demand, and we’ve seen prices drop markedly over the last year. It peaked at 70 cents a pound in August of 2014, but it sold at 41 cents a share at last check. 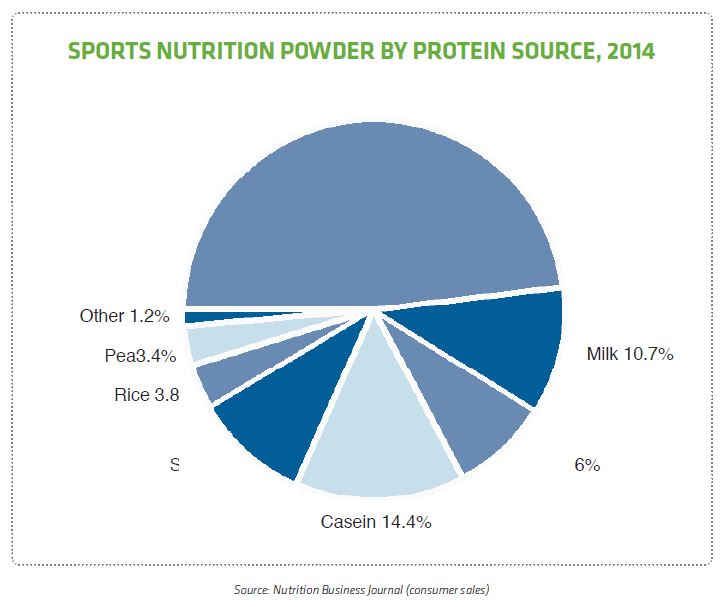