HomeBusiness ResourcesManufacturing and SupplyRooibee Red Tea CEO offers insight for women entrepreneurs in naturals
Recent
Latest
4 tips to get ahead of chemical concerns in packaging
May 20, 2022
7 CBD favorites in the increasingly popular gummies format
May 20, 2022
Mission MightyMe helps parents introduce allergens to babies
May 20, 2022
UNFI's Eric Dorne to step down as chief operating officer
May 20, 2022
Trending
Whole Foods' honors 30 companies with 10th annual Supplier Awards
May 18, 2022
Sponsored Content
The rise of sustainable business – eGuide
Sponsored Content
Getting ready for 2023: Trends for brands to consider
May 17, 2022
Sponsored Content
Unboxed: 7 plant-forward ice creams to stock this summer
May 10, 2022 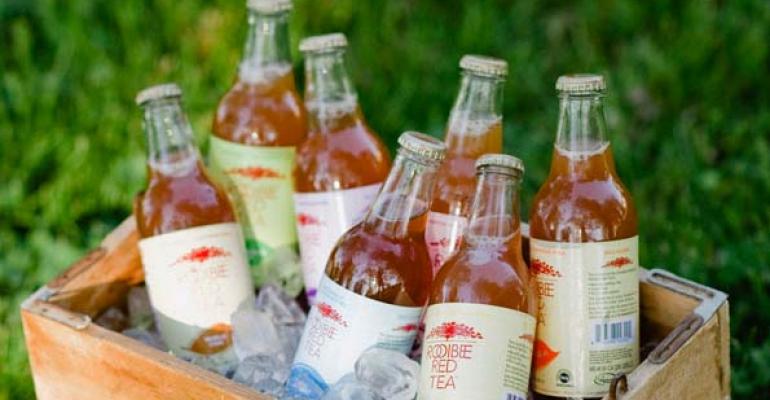 Giving up a corporate career and six-figure income, Heather Howell became the heartbeat of Louisville, Ky.-based Rooibee Red Tea. Here the entrepreneur opens up about her passion for women in business, the natural industry, motherhood and why success is not an overnight phenomenon.

It's strange to think that an organic tea beverage that's low in calories and rich in antioxidants was inspired by an alcoholic beverage. But that's exactly how 4-year-old brand Rooibee Red Tea got its start.

At the time, Founder Jeff Stum was working for Southern Comfort, an American liquor company owned by Brown-Forman Corporation. When the company asked Stum to create alcoholic tea blends, he discovered rooibos tea and something clicked. Instead of intoxicating people, he decided to "anti-oxidize" people—so he and his wife Leslie launched Rooibee Red Tea, a USDA Organic ready-to-drink, flavored beverage now sold in 39 states.

Two years later, the Stums realized they wanted to focus on the brand, rather than operations. Enter Heather Howell as CTeaO. Giving up a corporate career and six-figure income, Howell became the heartbeat of Louisville, Ky.-based Rooibee Red Tea. Here the entrepreneur opens up about her passion for women in business, the natural industry, motherhood and why success is not an overnight phenomenon. 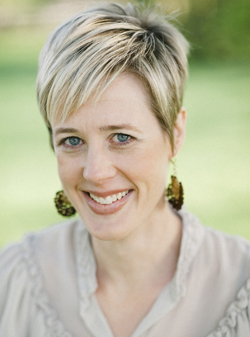 How did you come to be CTeaO?

Heather Howell: Jeff said he wanted a woman to run the company because women are consumers. They purchase 90 percent in the grocery arena of what goes into the shopping cart. I was working as a corporate executive at Humana at the time and [Rooibee Red Tea's] CFO found me. I'm very involved with the non-profit MBA Women International, and I was bringing their conference to Louisville.

The CFO heard me speak, and she was one of our keynotes. I told her I was looking for a career change and I always wanted to do something in consumer products. But more important, something I could believe in. In May of 2010 I made the leap. I had no beverage experience, so the one thing that I did learn in my 15 years of HR experience is to surround yourself with people that where you have weaknesses, they have strengths.

What sparked your passion for women in business?

HH: In 2007, I was working for a large Fortune 100 company and I went to what used to be called the National Association of Women MBAs. At the time I wasn't a mother, but I am now. I started to look at how statistics on women in the workplace hadn't moved in five years, mainly in the corporate space. I thought, "I want to change this picture."

I really started to become involved. In 2010, I went to the executive director and said I wanted to bring this conference to Louisville. She said we have to raise $100,000 and we'll consider it. I did it in two weeks. The conference came to Louisville and in the hotel nights alone it brought $761,000 to the city.

From there I have been serving on  [MBA Women International's] national board of directors which consists of American Airlines and Walmart, and so I'm learning firsthand the treatment of women in these large institutions while being a CEO of a company that's growing nationwide. I didn't found Rooibee Red Tea, or come up with the potion, if you will, but Jeff was so brilliant in saying he wanted a women to run this business. I wish more people thought that way.

What tips do you have for other women leaders who are also mothers?

HH: I work 24/7 right now and I have a 6-year-old little girl and 8-year-old boy. Not to be rude, but would you ask men the same question? I get that question constantly and I always go to the founder, Jeff, and ask how he does it because he's got kids the same age as mine. And he always says, "That's the wrong question to ask Heather Howell."

I will say this: Balance is for ballerinas. I say it every day, all the time, and I'm six-foot-one, and I'm no ballerina. Guilt is a constant companion. Anyone who's trying to run a company that they believe in and love, and then they've got family, a husband, friends, a city that they love and care about—to me it's just life. I think more people need to act that way and not take it as, "I'm a bad person because I have to work."

How can women help each other out in business?

HH: One thing I do religiously is I refer women constantly, and I love to see them be fruitful in a referral that I may have had something to do with. If women could buy each other's products and support one another, rather than network by saying things like you've got cute hair and cute shoes… It's funny how I go to a cocktail party with my husband and the conversations are very different.

Where do you feel Rooibee is in the lifecycle of the business?

HH: When you look at Honest Tea it took them 10-12 years [to truly establish the business]. We beat ourselves up, saying we should be selling more. But it just takes time. I said this the other day to an investor who's very successful, "When you started Papa John's did it take you four years?" All of a sudden there's a huge hush. Anything great takes time. Nothing is luck. Nothing is by chance. Whoever it is that dreams up something, you have to understand it's going to take years in order to be successful. And that's when you really enjoy success.

How have you financed the company?

HH: To raise $1 million in capital, you better believe in your product. But if you exude passion for what you do, people follow. More than half of my investors are women—women who have never invested before but have seen the brand and have seen me out on the soccer field.

Overall raising money wasn't that difficult. Hindsight is always 20/20, and just when I thought I was going to pull my hair out a young man sat down with me and said, "Well if you need $1 million and your minimum investment is $25,000 then you need 40 yeses."

It clicked for me. I thought, I can do that, I can get 40 yeses! The sad part for me is the banks are shut down for small businesses, so I couldn't get a line of credit or a small business loan.

I also was extremely cautious. I turned a lot of money away that I thought would be renegade money. I wanted investors who understood and were passionate about our brand, and who were long-term champions of the team and of consumers. I've had to go back to my current investors to reinvest this round and raise $1.5 million just to keep up with pending orders and growth.

Are you targeting conventional or natural stores?

HH: We have not gone the c-store route. We are in a glass bottle and are USDA organic. We are mainly in health food stores, small mom and pop stores all the way up to Whole Foods and natural and organic sections. We did a lot of research on who's drinking our brand, and we found it's female, 18-34 years old. I can almost pick out on the show floor who will like the product. However, I was just sent an email from a potential investor that talked about the c-store and their want, need and desire for healthy products. In Walmart I think it's up over 22%, people wanting organic teas.

When will the tipping point come for Rooibee Red Tea?

HH: If I knew that then I could give that as the best advice for entrepreneurs! Expo West was a big tipping point for us. We were in the Fresh Ideas [Organic Marketplace], and people saw something new and different and they're looking for that. And the other thing, too, is that everyone loves the underdog. I'm so an underdog. We made our booth out of the palettes that we get. You wouldn't believe the amount of people in Kentucky who helped us get to California.

HH: I bring about three different outfits changes. I might have a meeting, warehouse work, a farmer's market and stuff to do with my children. It sounds kooky, but I always want to be an inspiration. That I say the right things and that I'm consistently a good role model for women and my family. That's really important to me. And to my employees. I don't even call them my employees. They're all leaders in the company. We're all care about what we're doing and earning so much less than we should be, and we do it because we believe in it.

Favorite part of your job?

HH: My favorite thing to do is to go and not be the CEO, and not have to sit at a board room table, but to get on my work boots and to be one-on-one with the crowd and the consumer and just sell. I love it more than anything. And when I see them walking around with a soda, I like helping to change their behavior and to let them know their child can like it, too, because it's naturally caffeine free. To me that's what it's all about.

HH: The one thing that I say to others is the best advice I've ever been given, and actually it was from [Seth Goldman], the CEO of Honest Tea, before he got bought by Coke. I met him briefly in Chicago. He said: "It's a long hard slog." That's always resonated with me. I think for anyone who's giving up a six-figure career and salary, you have to know that nothing happens overnight but you have to believe in your dream. Success is not easy.

What common mistake do all natural entrepreneurs make?
Jun 03, 2013