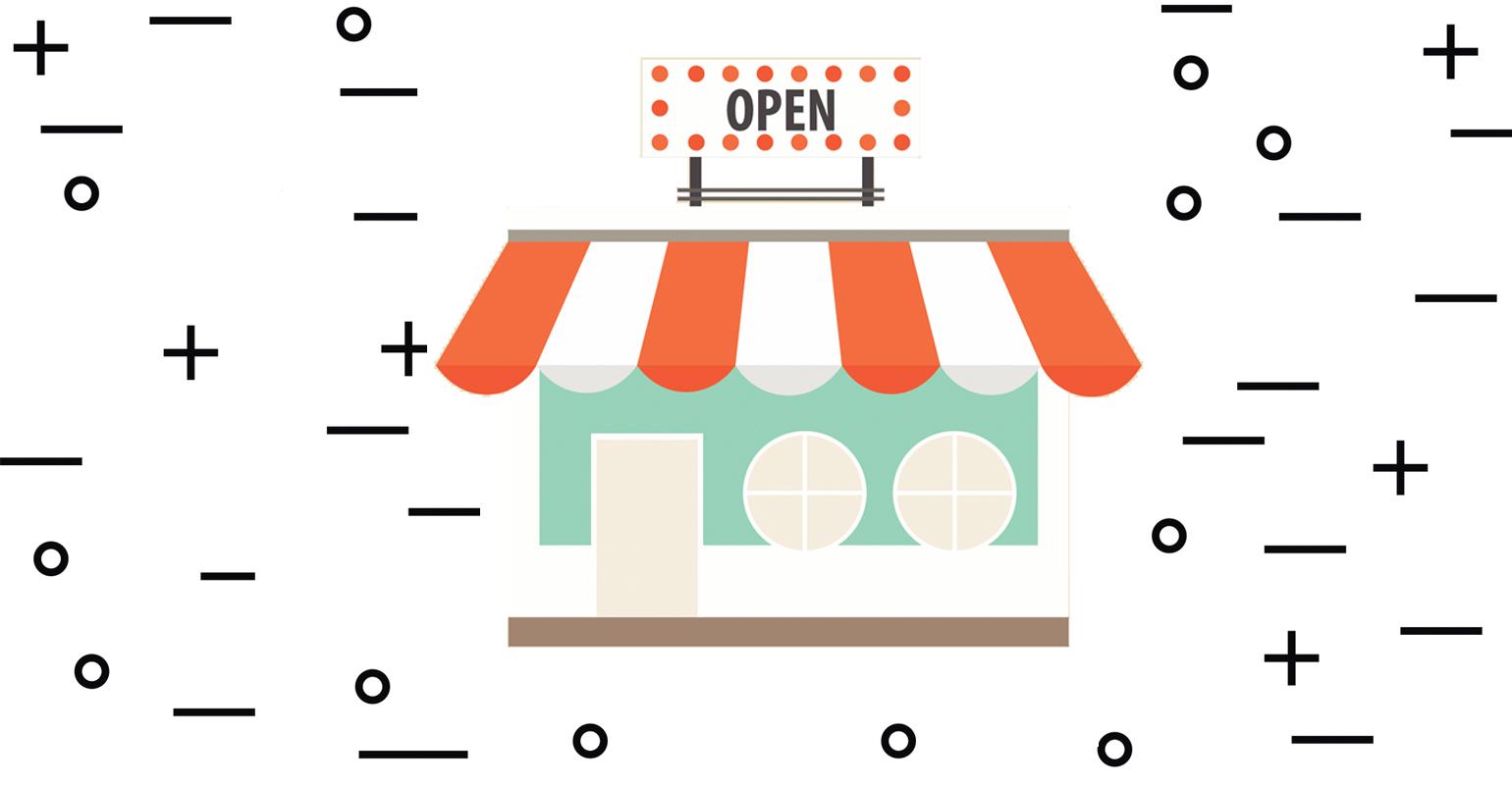 After years of shrinking sales, store closures and widespread worry about encroaching competition, the clouds are finally clearing for independent natural products stores. Legacy retailers and millennial newcomers alike are thinking outside the box and finding innovative ways to reinvent the challenged channel.

After years of shrinking sales, store closures and widespread worry about encroaching competition, the clouds are finally clearing for independent natural products stores. Legacy retailers and millennial newcomers alike are thinking outside the box and finding innovative ways to reinvent the challenged channel.

According to Natural Foods Merchandiser's 2016 Market Overview Survey, 3 percent of independents plan to close up shop this year, which is slightly fewer stores than in the past. Meanwhile, a whopping 25 percent intend to renovate or remodel. Sales are also stabilizing, with just 12 percent of stores reporting year-over-year declines and 67 percent boasting sales increases. The natural products pie is still growing at a healthy 8.7 percent pace, hitting $131.2 billion in 2015. However, competition remains fierce, as conventional stores expand their natural sets and "supernatural" chains move into regions previously spared the competitive frenzy.

Rather than trying to compete with Kroger, Whole Foods Market, Sprouts Farmers Market and the like, many independents are focusing on providing much more than a place to buy food. They're offering classes in obscure crafts such as sausage making and home fermenting. They're reaching into underserved neighborhoods with experimental mini-stores. They're returning to the activist, über-local roots from which this industry was born.

"The mood is still mixed, but many of our members are not as afraid as they've been in the past," says Corinne Shindelar, CEO of the Independent Natural Food Retailers Association. "They're getting more comfortable with the idea of reinventing themselves, and they're excited about the next new adventure."

Competition among the competition

While much ado has been made about the rise of specialty chains like Natural Grocers by Vitamin Cottage and The Fresh Market, "the big mover in 2015 was the conventional supermarket channel," says Jay Jacobowitz, founder and president of Brattleboro, Vermont-based Retail Insights. Conventional retailers beat naturals at their own game again last year, growing 11.6 percent to capture 42 percent of all natural products sales. By comparison, natural retailers grew 6.3 percent, hanging on to 40 percent of sales.

Much of the conventional-channel growth came from Kroger, which now sells about $11 billion in natural and organic products annually, accounting for 10 percent of its total sales. Kroger's Simple Truth line is one of the most successful private-label brands in the country, and the company continues to expand its natural and organic meat, poultry and dairy offerings. "Kroger now has the equivalent of a decent-sized natural foods store integrated into its shelves," Jacobowitz says. "The company has managed to rebrand as an on-trend, high-value shopping experience with good-for-you foods."

In April, Kroger announced it was investing an undisclosed amount in Lucky's Market, a 17-store chain that's fashioned like an indoor farmers market and designed to provide "organic for the 99 percent." A press release announcing the partnership promised that it would "significantly accelerate" the growth of Lucky's Market in new and existing markets.

Meanwhile, competition in the Midwest is blowing up, as everyone from Sprouts to Earth Fare to Fresh Thyme is swooping in to gobble up real estate in secondary markets that were, until recently, largely ignored. "Ten years ago, the competition was in the West, and then it shifted to the East," says C.E. Pugh of National Co+op Grocers (NCG). "Now the Midwest is looking juicy, and here they come." This year, 33 percent of NCG's 150 co-op members are growing strong, 44 percent remain flat, and the remainder—many of them in the Midwest—are losing ground. "They just haven't been exposed to this kind of competition before," Pugh says. " 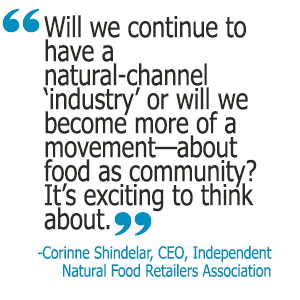 They'll be fine, but they'll have to fight a little harder."

That said, not every natural chain has proven to be as big of a threat as predicted. After a disappointing stretch, Greensboro, N.C.-based The Fresh Market pulled out of its numerous California locations in 2015, retreating to focus on core markets closer to home. In May, the 15-store Fairway Market in New York began bankruptcy proceedings.

Even the legendary Whole Foods Market has struggled as its wealthy, foodie, baby boomer base has aged and a new generation of brand-averse millennials are opting to shop with smaller, cheaper competitors. To lure shoppers back, Whole Foods announced last fall the launch of a new chain of smaller, more affordable, markedly hipper outlets dubbed 365 by Whole Foods Market. Via a novel program called Friends of 365, the stores will feature guest appearances by small, funky businesses—hot tea kiosks, vegan food trucks, knife-sharpening services—that will set up inside the stores or on their front patios.

"Millennials have champagne taste and a beer budget," Jacobowitz says. "They want to be presented with a broad palette of options that are curated, interesting, local and not commoditized, but they don't want to break the bank." Given that there are 80 million millennials in the U.S. who are expected to spend roughly $1.4 trillion annually by 2020, Jacobowitz advises independents to keep this demographic's tastes top of mind as they plan for the future.

At 31, David Rand doesn't consider himself a millennial (most peg their birth years between 1980 and 2000), but he knows what people his age want. "We want a unique experience—not just a place to pick up groceries," says Rand, co-founder of Chicago-based Local Foods. "My peers are far more likely to spend $100 on a hands-on sausage-making class than a fine-dining experience."

Local Foods started as a distribution company aimed at connecting sustainable, local farmers with area restaurants and retailers. But last June, Rand and his partners took a risk: They turned a 3,500-square-foot space in their 25,000-square-foot distribution warehouse in industrial North Chicago into a public market to showcase their local offerings.

Today, a diverse group of customers, from suburban foodies to sanitation workers from nearby offices, flock to Local Foods. They can order custom cuts of lamb and pork or watch a sausage-making demo at Chicago's first sustainable whole-animal butcher shop. The seasonal, local café, The Butcher and Larder, offers takeout and sit-in dining. And the shelves are stocked with unique, carefully curated, yet still affordable offerings. "It's more of a public market feel than a grocery feel," Rand says. "We don't have 40,000 square feet with 4,000 SKUs. But you can get some potatoes, a nice can of beans and a really nice steak or some chicken without feeling like you've blown your food budget for the week."

Across the state line in Milwaukee, Outpost Natural Foods is also thinking beyond the typical retail storefront. Five years ago, in an effort to grow its reach without opening more stores, the co-op set up a mini-store and restaurant in a 500-square-foot kiosk in the lobby of a nearby hospital. "They were looking for foods made without additives and preservatives or that could meet special dietary requirements like gluten free and vegan," says Lisa Malmorowski, director of brand and store development at Outpost. "We were looking for creative ways to get more of our food into people's mouths."

Last September, Outpost opened another 500-square-foot satellite store in Wellness Commons, an innovative collection of wellness-related enterprises (juice bar, farmers market, etc.) in Lindsay Heights—one of Milwaukee's most impoverished neighborhoods. "All of us in this building together are trying to turn it into a community gathering place," Malmorowski says.

Elsewhere around the country, retailers are transcending their own storefronts to promote sustainable farming out in their communities. For instance, Abby Sayler of Abby's Health and Nutrition in Tampa, Florida, just purchased a 6-acre property where customers and community members can learn how to grow their own food and medicinal plants. San Diego–based Jimbo's … Naturally recently helped pay for and plant a 1-acre garden adjacent to a local school. Today, the produce for school lunches is grown on-site. "Whereas all of our competitors come from outside the community, we have established ourselves as the San Diego store that supports San Diego schools and families," says Andy Huth, Jimbo's grocery director.

While competitive prices, high-quality products and updated stores will no doubt remain important in the future, industry insiders say the key to independents' success lies as much in their ethos as in which products line their shelves. "Will we continue to have a natural-channel ‘industry' or will we become more of a movement—about food as community?" asks INFRA's Shindelar. "It's exciting to think about."