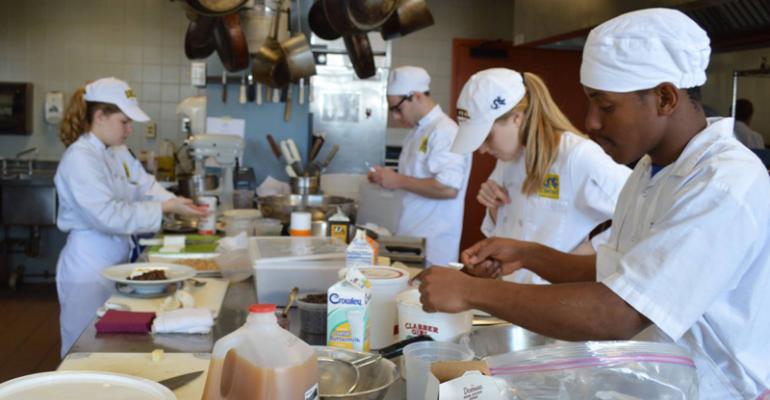 A collaborative project in west Philadelphia illustrates how retailers can work with local organizations to both reduce food waste and feed hungry members of the community.

For many retailers, donating post-peak fresh produce, canned goods and bread to food banks are no-brainers for cutting back on food waste and serving the local community.

But what if, in some cases, that wasnât actually helping the problem but only shifting it on to the backs of other people?

As part of the U.S. Environmental Protection Agencyâs Food Recovery Challenge in west Philadelphia, Drexel Food Lab teamed up with retailers (including Brownâs ShopRite) to see where they could do better at getting surplus food to people nearby who needed it. When the teams began following the path of some of the food retailers donated to local organizations, they encountered an interesting problem.

âYou take these bananas that are brown and spotted, put them on the buffet, and even food insecure people at a shelter or kitchen walk by and donât eat them,â Johnathan Deutsch, a professor and founding director of the Center for Hospitality & Sport Management at Drexel University, said recently in a presentation at the Global Sustainability Summit in Denver. âSo now you have a soup kitchen which has no composting plan, is a struggling, volunteer-drive nonprofit, has to pay for carting and trash pickup. So weâre able to recover the food in a broad sense, but if you look at it closely, in some cases weâre shifting the problem around on the backs of the people who are trying to help.â

And that same thing goes for certain canned foods. Sure, theyâre easy to donateâbut who really wants to eat canned peas and spinach every day?

So the Drexel Food Lab, a student-run research group that aims to solve real-world food problems, got to work on coming up with low-skill and low-cost ways that food banks, and even retailers, could make better use of this surplus food before it became food waste.

One idea? Turn those brown bananas into banana ice cream or smoothies. Peeling them, freezing them and food processing them takes about 15 to 20 minutes of labor per case and turns them into something much more appealing, Deutsch said. And with the canned goods, they created simple fritters and soups that incorporate those and other commonly donated ingredients.

Another problem the group found was a surplus of donated bakery items. âIf youâre a soup kitchen and youâre getting sheet cakes delivered every day [â¦] no one should be eating like that,â Deutsch said. So his team turned extra bakery items from Brownâs into granola bars by blending them into a 50/50 mix with plain oats.

They're even trying out a market-based approach to cutting back on wasted food by opening a community cafe.

All of the lab's recipes that use surplus food are available to the public here: http://hsm.drexel.edu/du/foodlab/environmental-protection-agency-recipes/.