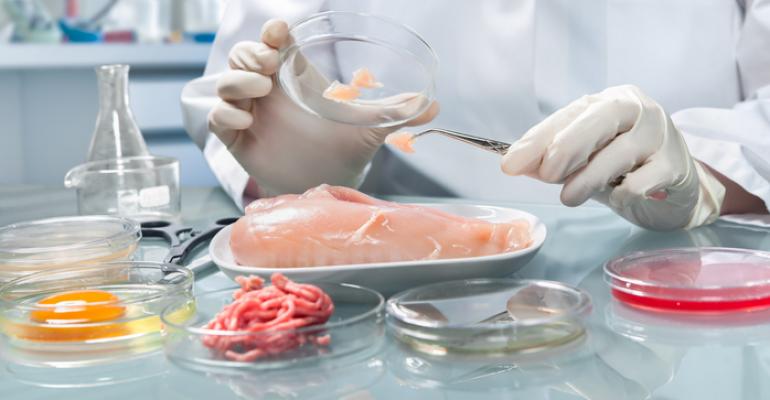 A recent survey posed this question to 1,000 consumers. See insights in the infographic below.

The promise of growing meat in a lab has garnered mega investments for companies like Memphis Meats, Future Meats and Just, and a lot of buzz for its potential to disrupt the resource-intensive process of meat production.

One of the big questions, though, has been whether consumers will be willing to buy it, especially as more consumers turn away from ultra-processed products and seek more natural options.

But in an online survey of 1,000 U.S. and UK consumers commissioned by PR agency Ingredient Communications, about one-third of them said they'd be willing to buy cultured meat—described as real meat grown from cells in a laboratory and not sourced from animals—if it was available in a restaurant or store. Perhaps most surprisingly, a higher percentage of vegans expressed openness to trying cultured meat than meat eaters, vegetarians or pescatarians, although the sample size of non-meat eaters was only 112.