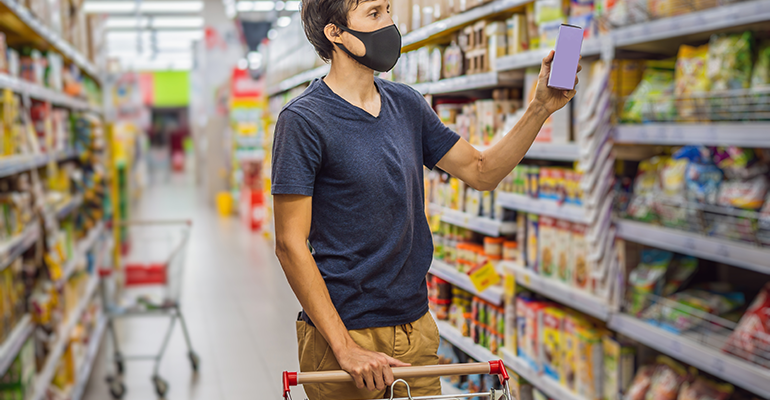 Breakfast at home continues to grow, while the baking craze has plateaued.

Americans spent 2% more year-over-year on groceries and consumer packaged goods (CPGs) in September 2021, and 13% more compared to September 2019, according to new data from NCSolutions.

According to NCSolutions, “We provide both 2019 and 2020 comparisons because spending for some categories may be down compared to the anomaly of the heavy spending in 2020 due to the initial surge during the start of the pandemic—but they’re still very elevated compared to pre-pandemic shopping in 2019.” 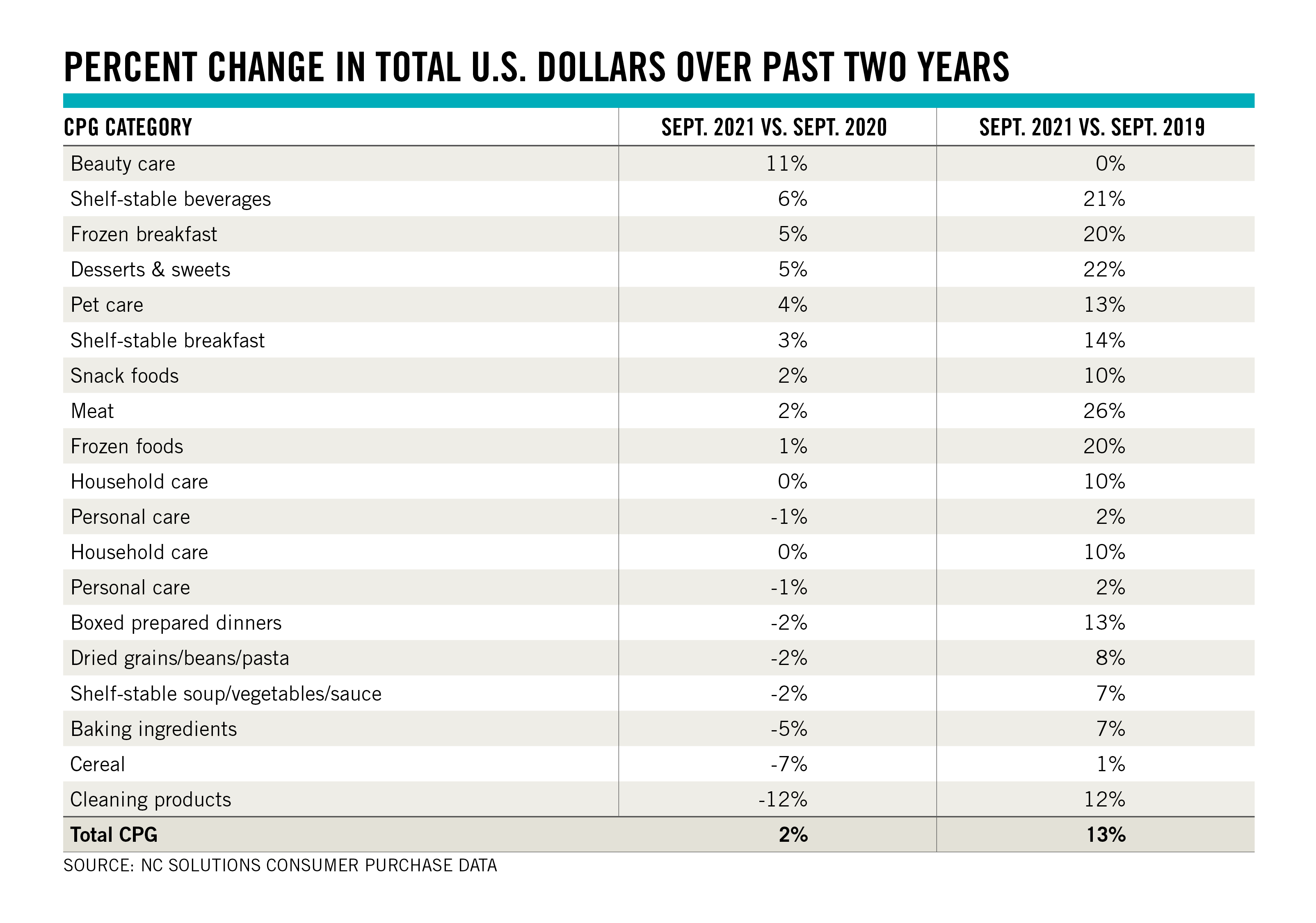 As the table above shows, the CPG landscape is looking quite different in September 2021 than it did one year prior. Still, one consistent theme is that total U.S. consumer CPG spending is still elevated—though not nearly as dramatically—as consumers continue to consume more meals at home, as noted in categories such as frozen and shelf-stable breakfast, packaged meat and frozen foods, which saw dollar spend increase on top of last year’s surge. For example, U.S. consumers spent 5% more on frozen breakfast in September 2021 compared to September 2020, and 20% more compared to September 2019 levels.

• Pet care has become a bigger priority (+4% year-over-year) as consumers provide for pets old and new.

• Consumers have grown tired of baking compared to the sourdough extravaganza of last September (September baking ingredient spending decreased 5% year-over-year), and are instead loading up on pre-made desserts and sweets (up 5% year-over-year).