HomeMarket Data and AnalysisFood manufacturers, farmers and consumers can change climate for good
Recent
Latest
4 tips to get ahead of chemical concerns in packaging
May 20, 2022
7 CBD favorites in the increasingly popular gummies format
May 20, 2022
Mission MightyMe helps parents introduce allergens to babies
May 20, 2022
UNFI's Eric Dorne to step down as chief operating officer
May 20, 2022
Trending
Whole Foods' honors 30 companies with 10th annual Supplier Awards
May 18, 2022
Sponsored Content
The rise of sustainable business – eGuide
Sponsored Content
Getting ready for 2023: Trends for brands to consider
May 17, 2022
Sponsored Content
Unboxed: 7 plant-forward ice creams to stock this summer
May 10, 2022
IdeaXchange
brought to you by

Food manufacturers, farmers and consumers can change climate for good 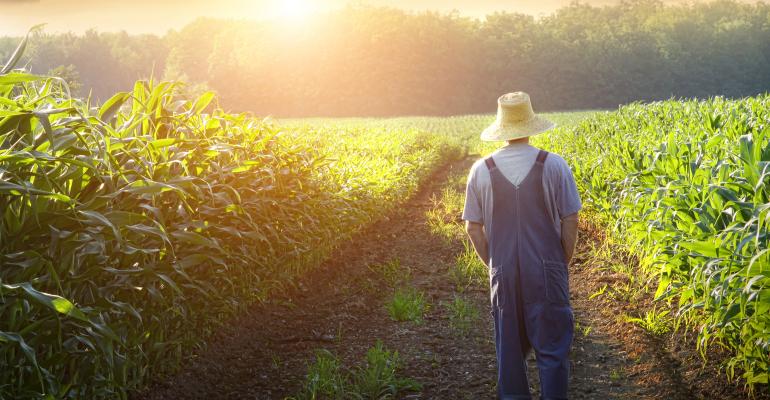 It is time for the natural products industry to engage consumers in climate action and regenerative agriculture. The exciting thing is that the market is ready for us to lead, our recent research shows.

No longer is consumption a passive acquisition of stuff. Increasingly consumers consider buying something as an act that impacts others, one that requires ethical decision making.

They are willing to pay more for responsible business practices.

They are willing to pay more for responsibly produced food.

They are willing to support brands that practice environmental responsibility.

A recent study conducted by the New Hope Network among 1,000 consumers carefully drawn to be representative of the U.S. population reveals this pattern. Driving change as an industry

If we can tap into this increased engagement among consumers, we can use the money spent by consumers at grocery stores to have a huge impact. Retail and consumer packaged goods manufacturers can help to funnel billions of dollars annually into regenerative agriculture to help restore balance to the climate and change the food system from the consumer all the way back to the farmer.

We at New Hope Network wanted to answer this question: How do we build demand for regenerative agriculture? We set out to explore awareness, receptivity and potential barriers to adoption of regenerative agriculture. Using the resources of the New Hope Network and support from Kiss The Ground and Penton Agriculture, we surveyed three populations: 500 U.S. consumers, 400 U.S. farmers and 100 executives from natural foods product manufacturers. Getting even more specific in our exploration, we find good news as significant portions of the market could be motivated to take action. We asked: “If someone told you that food grown using regenerative agriculture practices could pull carbon out of the air and help reverse climate change, would you believe him or her?” What we learned is encouraging: 52 percent of farmers are open to this idea and would consider shifting production methods. Meanwhile, 82 percent of natural products manufacturers and 60 percent of consumers would consider changing sourcing practices or purchasing habits. One scientific estimate suggests that if we can convert 22 percent of arable land to regenerative agriculture, we could capture all human-caused carbon emissions and return atmospheric carbon levels to preindustrial levels in about a decade.

To build demand, we will need to first build awareness and understanding of the issues. These data suggest that consumers are ready, progressive manufactures are eager, and half of U.S. farmers would consider the shift. We can do this! We just need to build the demand.