HomeMarket Data and AnalysisGood food brand leaders explain why Chicago is their kind of town
Recent
Latest
3 reasons natural retailers are inflation-friendly shopping destinations
May 25, 2022
Sponsored Content
Organic agriculture and its impact on ingredients and the planet – webinar
Sponsored Content
The goodness wrapped in a certified organic seal – video
Podcast: What brands need to get on shelf at Fresh Thyme Market
May 24, 2022
Trending
Getting ready for 2023: Trends for brands to consider
May 17, 2022
6 tips to promote consumer understanding of Certified Organic
May 18, 2022
The Planting Hope Company aims to prove gender equity leads to success
May 23, 2022
Natural beauty market trends
Jun 16, 2021
Good Food Insights
brought to you by 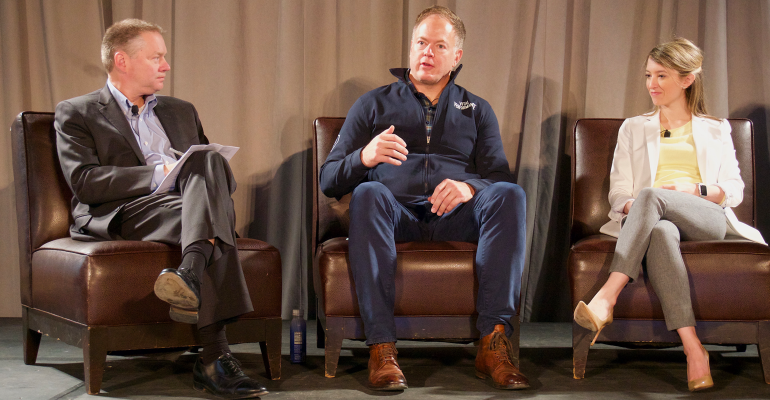 When the Naturally Network evolved last year out of the thriving Naturally Boulder program, it should have been no surprise that Naturally Chicago became one of its first regional affiliates. As the program’s website says, “Production of food and other consumer products has been in Chicago’s DNA since its earliest days.”

It continues, “In the 19th and 20th century, the city played a major role in the industrialization of U.S. food and consumer products. In our current era, Chicago has become a magnet for people pushing for a more decentralized system, based on food and other natural products produced as locally as possible, using regenerative, humane and fair practices that are better for people, better for the environment and better for animals.”

FamilyFarmed, a nonprofit that has long advocated for a better-for-people, better-for-the-planet food system, runs Naturally Chicago as a program, with three pioneering companies in the sector—KeHE Distributors, Presence Marketing, and SPINS—as co-founders. And a panel on today’s Good Food and Natural Products landscape in Chicago kicked off FamilyFarmed’s recent 11th annual Good Food Financing & Innovation Conference in its hometown.

FamilyFarmed CEO Jim Slama provided the broad view of the elements that make Chicago an epicenter for the industry’s growth: a history of success highlighted by lucrative successful exits by founders of companies such as Enjoy Life Foods, RXBAR, Skinny Pop, Tera’s Whey, Protein Bar, and Frontera Foods; talent; emerging brands; a robust community of investors focused on the natural sector; service providers; and distributors such as KeHE (which is headquartered in the Chicago suburb of Naperville).

The question of “Why Chicago?” was raised by panel moderator Jim Kirk, publisher and executive editor of Crain’s Chicago Business, and answered by leaders of three companies that have gone from zero to major market presence in just five years:

● Mike Brennan, president of Farmer’s Fridge (standing in for founder/CEO Luke Saunders, who was traveling), whose growing network of vending machines serving fresh salads, sandwiches, bowls and other items is supported by an innovative technology platform.

Seidensticker elaborated on Chicago’s development into a magnet for millennial talent that prefers the stimulation of an urban lifestyle. He noted that this phenomenon has also prompted Big Food companies, such as McDonald's and Mondelez, to relocate to the former meatpacking and produce wholesaling district in Chicago’s West Loop from suburban campuses.

Seidensticker said, “The millennial is very food-conscious. They're thinking about their health and wellness … And so we talk about natural products and education, they're very enthusiastic about that industry. They're passionate, and it makes recruiting and hiring and building an amazing team a lot easier.”

Smith noted that Chicago is a more affordable place to live than many other major cities, which helps attract the pool of talent from which Simple Mills recruits. Handling all of its recruiting internally, the company also seeks employees who are committed to building a better food system.

For Farmer’s Fridge, the biggest advantage of a Chicago base is the city’s deeply rooted history as a centrally located logistics hub for the food industry. This helps the company meet its commitment to keep its hundreds of fridges—now in several major Midwestern cities as well as New York and Philadelphia—stocked with fresh, peak-tasting food.

“It's made fresh daily, and it's growing,” Brennan said. Drawing chuckles from the audience when he said, “Made Fresh Weekly is not a good value proposition,” Brennan concluded, “So we really need to have this moving quickly.”

To keep the line moving as consumer demand for its products expands, Farmer’s Fridge recently relocated its production kitchens from its original tiny location in the West Loop to a 50,000-square-foot facility on the city’s southwest side, and Brennan said that city officials have been supportive of the company throughout its rapid rise.

Seidensticker noted that Vital Proteins’ innovation and stratospheric growth has created its own set of distribution issues. The company’s collagen powders have a long shelf life and are relatively light to ship, so production initially was centralized in Chicago. But the introduction of collagen-infused beverages—“You are shipping water, right?”—prompted Vital Proteins to create regional manufacturing and distribution centers in metro areas such as New York and Los Angeles.

To wrap up, Kirk asked each panelist where they expect their company to be in two to three years.

Seidensticker sees Vital Proteins moving beyond collagen and establishing itself as a broad-based wellness company (a concept that will be on display Jan. 30, 2020,when the company hosts a Naturally Chicago Winter Wellness event).

Smith sees Simple Mills expanding its efforts to promote better-for-the-planet practices, bringing sustainability to the category and reducing carbon in the atmosphere.

The Good Food and Natural Products industry is poised for major growth in the new decade that begins on Jan. 1, and Chicago is poised to continue its role as a leader in this movement.

Times have changed: How Walmart is becoming a valuable partner to good food brands
Nov 21, 2019

State of growth: SPINS report on natural industry to be featured by Naturally Chicago
Sep 19, 2019