HomeMarket Data and AnalysisFrom retailers to stewards
Recent
Latest
Podcast: What brands need to get on shelf at Fresh Thyme Market
May 24, 2022
Natural Habitats releases Palm Positive+, A Reference Guide
May 24, 2022
The Planting Hope Company aims to prove gender equity leads to success
May 23, 2022
4 tips to get ahead of chemical concerns in packaging
May 20, 2022
Trending
Whole Foods' honors 30 companies with 10th annual Supplier Awards
May 18, 2022
Getting ready for 2023: Trends for brands to consider
May 17, 2022
Sponsored Content
The rise of sustainable business – eGuide
Sponsored Content
Natural beauty market trends
Jun 16, 2021
Natural Foods Merchandiser
brought to you by

From retailers to stewards 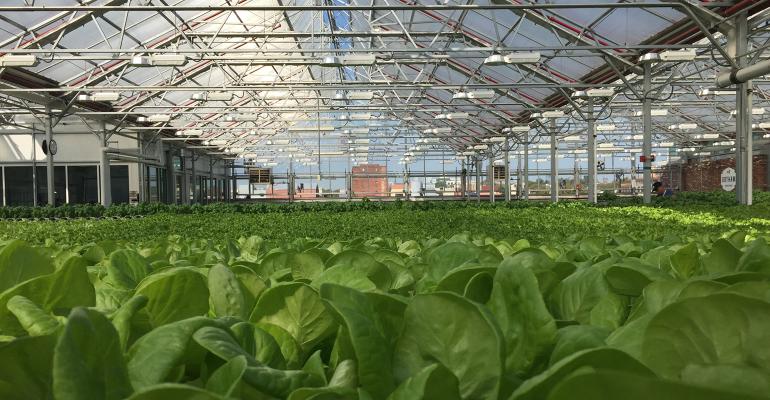 Looking beyond store shelves and profit motives to act as stewards of land, wildlife and community can pay off—in more ways than one.

It’s a question Abby Sayler hears almost daily from visitors to her 7-acre community farm in Lutz, Florida: "So, how do you make any money out here?" The answer: She doesn’t. That’s by design.

In November 2015, the veteran natural retailer—who founded Abby’s Health and Nutrition in Tampa in 1997—plunked down $300,000 to convert a rural property 20 miles from her store into the area's first nonprofit community farm. Today, apartment dwellers who couldn’t garden otherwise spend mornings harvesting watermelon, okra and peas with their children. School groups drop by to plant seeds in the moist black soil. Backyard gardeners come for workshops on composting and hydroponics. No produce is sold. Instead, the farm shares its harvest freely.

"We are educating generations to come on how to grow their own organic food, and the community really appreciates the fact that we are willing to give something back instead of just expanding our

Abby’s is among a growing number of independent retailers looking beyond store shelves and profit motives to act as stewards of land, wildlife and community. Some are doing their part to address the plight of the honeybee by installing rooftop hives and handing out wildflower seeds. Some are reducing their carbon footprint by growing uber-local produce on market gardens near their stores. Some are buying farmland to save it from development. Others are tackling the persistent problem of food inequity, by opening or expanding stores in long-underserved food deserts.

Such stewardship is nothing new for a community of retailers that began as a "movement" long before it was an "industry," says Corinne Shindelar, CEO of the Independent Natural Food Retailers Association. But she says she sees the pendulum swinging back toward that altruistic ethos, as successful retailers who have benefited from years of double-digit growth move to pay it forward, and others discover that in a time of cutthroat competition, good stewardship can also be good for business.

"As our industry becomes more diluted with more and more players, a lot of independents are having to rethink their role in this world of selling food," Shindelar says. "This kind of stewardship can really set them apart from their competitors."

From retailer to beekeeper

Amid years of drought, rampant pesticide use and the mysterious Colony Collapse Disorder, California honeybees have had a tough go of it lately. But on the Bay Area island of Alameda, Apis mellifera is thriving, in part because of the efforts of Alameda Natural Grocery founder Donna Layburn.

Concerned about the alarming die-off of the honeybee, Layburn worked with a local beekeeper seven years ago to install four hives on the rooftop above her 8,000-square-foot store. (She now keeps 12 hives throughout the island.) At harvest time, customers gather around an observation area to watch as a beekeeper liberates the amber bounty from its beeswax cells, runs it through a strainer and lets it flow into glass jars for sale. Layburn and her staff also hand out hundreds of packets of native wildflower seeds to area garden clubs, school groups and backyard gardeners—nurturing a growing foraging ground for bees. And she frequently hosts movies and educational sessions about the plight of the honeybee.

In reality, she concedes, the local honey sales (about 500 pounds annually) are a money-loser. But the gains for her community have been priceless.

"I live in one of the most populated areas of the Bay Area and, while I would love to, I cannot have a farm," she says. "But I can do this one thing and make a big difference. My customers love it. It’s great for business."

A rise of urban farming

At a time when demand for healthy, local produce often outstrips supply, other retailers have come up with other creative ways to become stewards of the earth despite urban space constraints. In 2012, Rouses Markets in downtown New Orleans became the first grocery in the nation to establish an aeroponic urban rooftop garden to supply fresh herbs for its shelves. Since then, numerous others have moved to grow their own produce, reducing the distance it must travel from hundreds of miles to hundreds of feet, and using high-tech systems said to reduce water use exponentially.

In 2014, Whole Foods partnered with greenhouse company Gotham Greens to build a 20,000-square-foot greenhouse atop one Brooklyn store location. The Nashville, Tennessee, retailer, the Turnip Truck, is also crafting plans for a hydroponic rooftop greenhouse atop its newest store. Meanwhile, in Coeur d’Alene, Idaho, Pilgrim’s Market owner Joe Hamilton is working to turn an 8,000-square-foot residential lot he just purchased next door into a market garden to supply produce for his salad and juice bars.

"As we grow as a population and use more and more land to live on, we have to figure out ways to incorporate food systems into our urban spaces," says Shindelar. "Retailers are part of the solution."

Mary Lee, deputy director at the nonprofit research and policy group PolicyLink, points out that independent retailers can also be great stewards of community by moving into or expanding in areas where healthy food can be hard to come by: "The retail environment remains glaringly inequitable, with affluent folks having better deals and more food options than ever before, while poor people continue to pay more and get less."

According to the U.S. Department of Agriculture, 30 million Americans live in so-called "food deserts" (more than one mile from a supermarket) and many more must travel miles—often via public transportation—to find fresh produce and meat for their families. Lee believes natural retailers, who have, as she puts it, "benefited for years from this imbalanced system" have an obligation to help fix it. And many state, local, and federal funding sources now exist to help them get started. One program, the federal Healthy Food Financing Initiative, has granted more than $169 million in grants in the past five years to help retailers set up shop in food deserts.

Numerous retailers are already rising to the challenge.

In 2013, Whole Foods famously opened a store in one of the poorest neighborhoods in Detroit, and in 2014 it launched the Whole Cities Foundation—a nonprofit expressly aimed at improving access to healthy food.

Philadelphia-based Brown's Super Stores, with funding from the state-run Fresh Food Financing Initiative (FFFI), opened its first health food market in a food desert in 2004. It now hosts seven profitable markets in underserved areas, offering hundreds of jobs to residents who might not otherwise have one, and serving as a national model.

In 2014, Ohio-based Mustard Seed Market (which also owns a 66-acre blueberry farm) opened a third store location on the edge of a USDA-designated food desert.

Then there is the Mariposa Food Co-op. In 2012, the 45-year-old, 500-square foot co-op in West Philadelphia moved into a newly-remodeled space five times its original size and smack dab in the middle of what would otherwise be a food desert. The move cost $2.5 million, raised via FFFI and various other public and private donors. The first year was nerve-wracking.

"As a very small organization going through a very big change we were definitely nervous," recalls store manager Bull Gervasi, who has been with the co-op for 15 years. "What if our projections were off? What if the demand wasn’t there?"

But the co-op’s commitment to community stewardship paid off. Today, Mariposa hosts 2,600 members, many of them lower-income folks who had access only to corner convenience stores or the occasional farmers market before. Fifty employees work there, most of them from the neighborhood. Neighborhood start-ups now stock their healthy products on Mariposa shelves. On weekends, the store hosts workshops on how to eat on a budget. And it recently implemented a new "everyday low price" program to assure its products are affordable to all who need them.

The community is thriving. But how is business? "It’s fantastic. Our sales per square foot are through the roof," says Gervasi, who invites fellow retailers to think about expanding their community stewardship into new, uncharted neighborhoods. "I think there are a lot of false, and frankly, racist misperceptions about who is interested in natural food and who isn't. It’s time to change that. Everyone needs food."