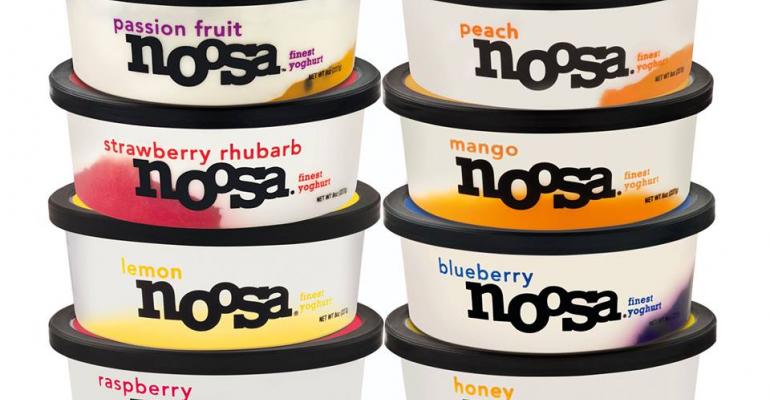 Noosa&rsquo;s executive team remains in place and has retained a significant minority ownership position in the company.&nbsp;

Advent International, one of the largest and most experienced global private equity investors, announced that it has acquired Noosa Yoghurt LLC, a fast-growing leader in the yoghurt category. Noosa’s executive team remains in place and has retained a significant minority ownership position in the company. Financial terms of the transaction were not disclosed.

Founded in 2009 and named after a coastal town in Queensland, Australia, Noosa is known for its tangy and tart Aussie-style taste and texture. Based on an Australian family recipe that dates back to the 1930s, Noosa’s commitment to family farms, local ingredients, and real fruit purees has raised its profile within the yoghurt category. Since launch, Noosa has introduced 13 varieties, including three in 2014, experienced triple digit growth and expanded its footprint across 5,000 traditional and natural grocery retailers nationwide. Noosa will also complete a $5 million expansion project in 2015 to upgrade existing equipment and keep up with increasing sales and distribution.

“Noosa is a dynamic business with an exciting growth story,” said Jeff Case, managing director at Advent. “The company’s management team has done a great job establishing a market in North America for its flavorful yoghurt, and we see significant potential to further develop the business by extending its product line, increasing production capacity and expanding geographically.”

As part of the transaction, Advent is bringing two of its industry advisors to Noosa’s Board of Directors. Bill Johnson, most recently CEO of Heinz, will serve as Chairman, and Brad Alford, former CEO of Nestle USA, will also provide his experienced guidance.

“Noosa has undergone tremendous growth since we introduced our Aussie-style yoghurt in 2010, and we welcome the opportunity to work with Advent to maintain that momentum,” said Wade Groetsch, president and chief operating officer of Noosa. “We believe the company will benefit from Advent’s resources and expertise as we continue our mission to put more Noosa flavors on more grocery store shelves all over the country.”

“Making our yoghurt is a true labor of love that our team has put their heart and soul into since our founding,” said Koel Thomae, cofounder and executive vice president of sales at Noosa. “We look forward to partnering with Advent as we bring Aussie culture and local, farm-fresh ingredients to even more consumers across the nation.”

Advent has been active in the retail, consumer and leisure industry for 24 years, during which time it has invested in over 60 companies in the sector worldwide. Recent North American investments include lululemon athletica, The Coffee Bean & Tea Leaf, Serta Simmons, Party City, Bojangles', Five Below and Charlotte Russe.