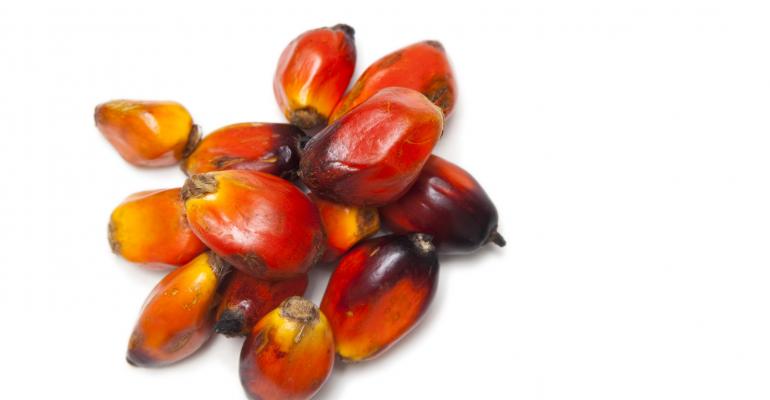 From the products gracing the halls of Expo West to recent announcements from industry bigtimers, it&#39;s clear demand for and awareness about sustainably produced palm oil is gaining ground.

Walking through the aisles of Expo West this year, one particularly intricate stack of personal care products caught my eye. Free by Chandler Farm's orange and white labels carried a simple message: palm oil free. It was a claim I was expecting, and was glad to see, from several brands at the show, considering the mounting attention from media, advocacy groups and major brands on the unsustainable practices used to produce this now ubiquitous oil.

Zooming out from the show, it appears that momentum is building to halt the widespread, devastating deforestation that occurs with conventional palm oil production, and Chandler Farm’s bold palm oil-free statement is certainly a part of that movement. Several other recent news announcements also suggest that demand for and awareness about sustainably produced palm oil is starting to have real effects on the mainstream market.

In December, Wilmar, a leading Singapore-based food products company that processes or trades more than 45 percent of the world’s palm oil supply, announced a commitment to supplying palm oil that is deforestation-free and does not violate human rights. A few months later in February, Kellogg made a promise to require palm oil suppliers to trace palm oil to independently verified plantations and to comply with the standards of the Roundtable on Sustainable Palm Oil. Chocolate manufacturer Hershey, Nestlé, and Belgium-based international food retailer Delhaize Group have made similar commitments.

Advocacy groups, most notably the Rainforest Action Network and the Union for Concerned Scientists, are leading the charge in pressing other major CPGs like Procter & Gamble, Pepsi, and McDonald's to switch to deforestation-free palm oil sourcing practices. The Union of Concerned Scientists also released a scorecard tracking the palm oil sourcing commitments of 30 top CPG companies.

And from a health and wellness perspective, integrative medicine found Dr. Andrew Weil has come out against the highly processed palm oil used in most packaged foods.

"Fresh palm fruit oil, sometimes called 'red palm oil,' is a nutritious and beneficial oil. However, it's important not to confuse this raw oil with palm kernel oil, or the highly processed versions of crude palm oil that are commonly used as ingredients in the industrially-produced packaged foods found in most Americans' diets," Weil said in a press release issued by the Rainforest Action Network last month. "These types of palm oil are unhealthy for the human body. And their irresponsible cultivation in tropical areas is unhealthy for the planet."

The release went on to say that “the World Health Organization; the National Heart, Lung and Blood Institute; the National Institute of Diabetes and Digestive and Kidney Diseases; and the U.S. Department of Agriculture’s Agricultural Research Service all recommend against consuming palm oil and other tropical oils because of their high content of artery-clogging saturated fats.”

To see big names in the food industry and the health and wellness world taking strides to support palm oil production that doesn’t ravage our world’s precious rainforests is certainly encouraging news. The next question will be whether these sustainable palm oil commitments can be adequately regulated and monitored to ensure companies are making claims consumers can trust.