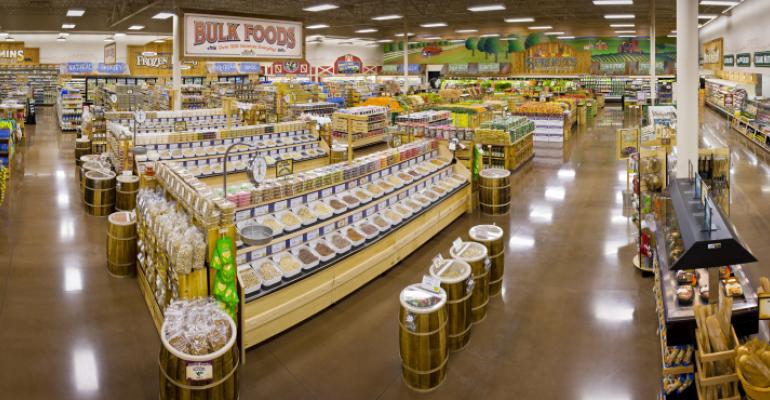 Company leadership says entry into three new states, an extended line of specialty and private label offerings, and improved staff training are on the docket for 2015.

In an earnings call Wednesday, company executives reported 21 percent growth in fourth-quarter net sales and 8.5 percent growth in comparable store sales. For 2014, net sales totaled a record $2.97 billion, a 22 percent increase from the previous year. Adjusted net income was $111.2 million, up 65 percent from 2013, and diluted earnings per share grew 50 percent to 72 cents.

"This year's outstanding results further demonstrate our belief that consumers' desire to eat healthier continues to build across the country," President and CEO Doug Sanders said, noting that the grocer's sweet spot is middle-income consumers looking for healthier and more affordable food choices. It's reported consistently strong growth since going public in 2013 and appears to be poised for more in 2015.

He noted several factors for growth, not the least of which was the 24 new stores that opened last year, including new-market entries in Kansas and Georgia. The Phoenix-based grocery chain now operates 191 stores in 10 states with plans to expand into Alabama, Tennessee and Missouri in 2015.

Sprouts also expanded its private label offerings by 16 percent in 2014. Sanders said a number of these items, especially seasonal items, were met with customer excitement and sales growth rates above the store average. Innovation in this area continues to be a focus for this year, especially in the areas of raw, non-GMO, organic and imported foods, he added. Select stores will also be testing new deli offerings this year.

Another focus for the coming year will be improving customer engagement to drive repeat traffic and basket growth, Sanders said. To help, the company will expand the product, service and leadership training programs that it provides to its employees. One thing it's not moving so quickly on, however, is joining competitors like Whole Foods Market in providing online grocery delivery services. To date, company leadership hasn't found a model it thinks would successfully deliver on Sprouts's value commitment to its customers and address their ability to choose their own products, said CFO Amin Maredia. Although the leadership is looking at companies that provide delivery and could pilot a program in one or two markets this year, they signaled they weren't in a hurry on this front.

Sanders additionally mentioned the launch of Sprouts Healthy Communities Foundation and a zero-waste initiative at a number of its stores this year but did not elaborate.