3 lessons for the natural products industry from Capitol Hill 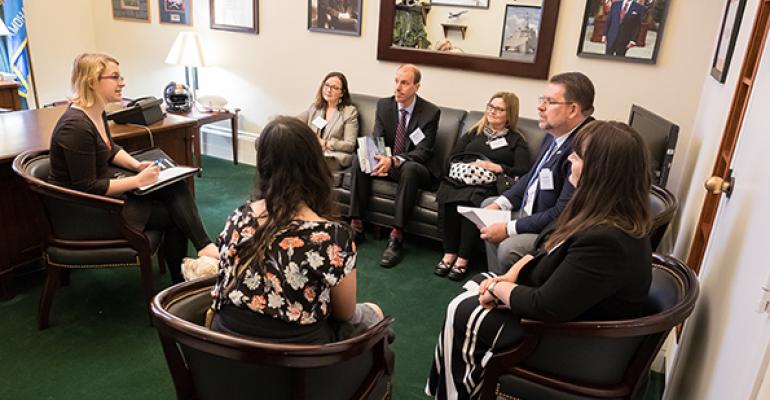 Last week, my wife and I, along with a group of retailers, manufacturers, distributors, educators and others from the natural products industry, were privileged to be a part of the Natural Products Association’s 19th Annual Natural Products Day (or Lobby Day) in Washington, D.C. In addition to visiting with the staffs of legislators from my state, the NPA team entrusted me to show the ropes to some folks from another state who were new to lobbying members of Congress. That added to the value of my time there and to the learning experience that I enjoyed.

A number of things stood out to me from my time on Capitol Hill.

Turnover is a constant.

Two of the three elected officials that I visited from my state were new. All of the staff that we talked with were also new. It is dangerous to assume that your members of Congress know the issues important to our industry because someone talked to them a year—or two—ago. Because of committee hearings, floor votes and the like, much of the information about issues pending in Congress is summarized and presented by staff—the very staff turning over. Being a Congressional staff person is not an easy job; it consists of very long days, low pay and little recognition. Being able to regularly present key information to the current staff about issues like protecting DSHEA, defining natural, regulating GMOs and more is the only way to ensure that your representative and senators know about it.

Of the four major legislative initiatives that were our focus this year, three enjoyed broad bipartisan support and the fourth one was such a common sense proposal that it should have had it. Being able to relay the names of those who sponsor the bills and amendments that affect our industry, and show that they are members of both parties, helps create interest and open doors. Of the two states that I visited, one was deep blue (a state with a strong Democratic leaning) and the other was deep red (a state with a strong Republican leaning), but the interest in and enthusiasm for our issues was the same. The use of natural products to maintain health and to prevent disease is good for everyone. (If you are not in tune with pending legislation and politics, don’t worry. Prior to going to the Hill for NPA lobby day, the association provides a practical training session so that you know the issues. They even set your meeting schedule.)

Health and wellness issues are not only bipartisan, they are mainstream.

Those of us involved in the passage of DSHEA in the early 1990s may recall that our grassroots campaign generated more letters to Congress than any other issue in American history other than the Vietnam War. Since then, health and wellness has become even more mainstream. While we know that Congressional aides are trained to be polite to visitors (since each visitor represents thousands of votes), we were pleased that there was not only a nice reception to the issues that we raised, but also there was real interest in them, questions about them and, in many cases, knowledge about them. One of the Senate aides we visited with expressed a keen interest in the issue of labeling GMOs. She not only promised to follow up, but she did so, in person, that same day! The NPA hosted a reception for our congressional champions at the conclusion of Lobby Day. She came to the reception to let me know that she had talked with her boss (the senator) and he decided that the proposal that the NPA had articulated was exactly what he could support and that we could count on him.

Get on board for next year.

Next year will be the 20th time that the NPA hosts and coordinates this important gathering. You should make plans now to be a part of it. Every year since DSHEA passed, there have been attacks on the landmark legislation that, among other things, keeps supplements available to consumers on retail shelves. How important to your business is it for you to keep that in place? Next year, there will also be a new president and new members in both houses of Congress, and all of them will be there with an agenda, issues that they want to focus on. At the same time, there will be things that our businesses and our ability to be sources of natural health and wellness to our communities that they also need to focus on. If we don’t keep our issues—and our faces and our voices—in front of them, someone else will fill that vacuum and our issues may be ignored or our industry may be on the losing end of important votes. Make plans now to be a part of next year’s NPA’s Natural Products Day on Capitol Hill.