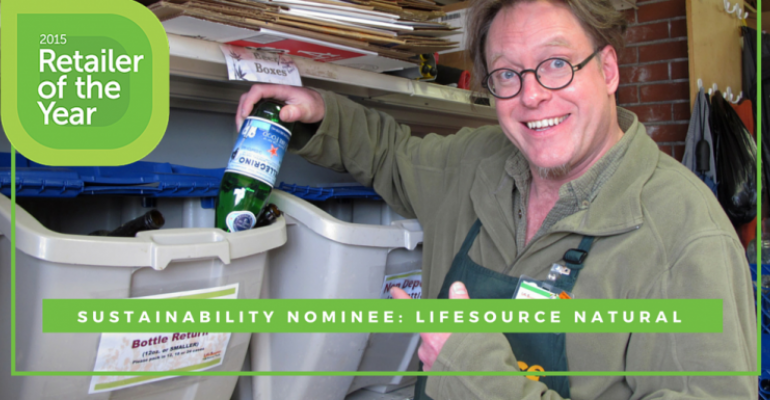 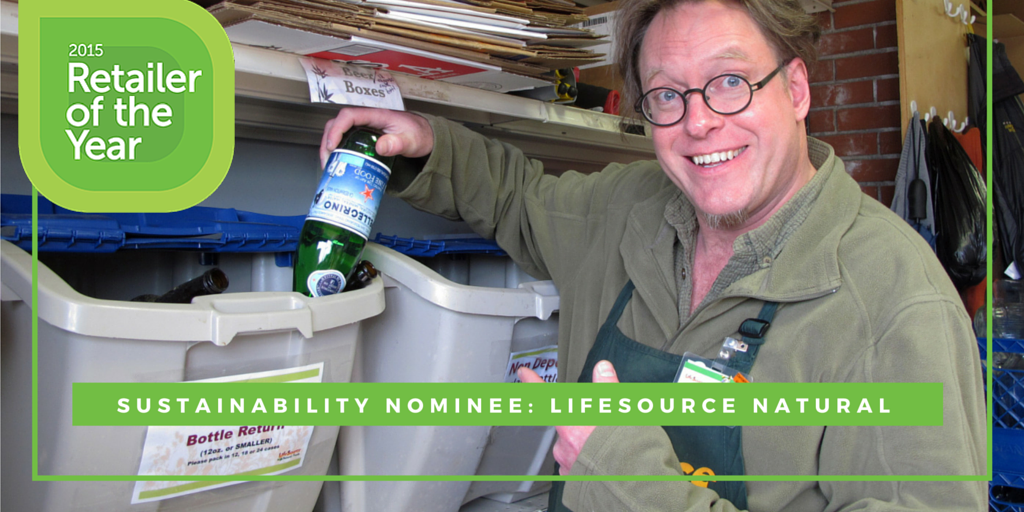 LifeSource Natural Foods owner Alex Beamer owned Breitenbush Hot Springs in Oregon from 1977 to 1985, giving him experience in the sustainability world long before the term became trendy. Even though Beamer sold the hot springs resort to his employees, he still uses the principles he learned there to guide his current sustainability projects at the Salem, Oregon, grocery store.

Most times, Beamer figures he’ll do the sustainable thing, and the money will follow.

Reducing waste. Employees sort through all trash—diverting 91 percent of potential waste to recycling and compost, said Michelle Suess, a company spokeswoman. “It’s a pattern of resource reduction,” Suess says. “For us (money savings) is great, but it’s not the main factor.”

Doing right by his workers. LifeSource pays 100 percent of employee insurance premiums and offers profit-sharing and paid time off for volunteerism. On the social front, the company donates to more than 30 nonprofit groups every month and holds food tastings and other educational activities in schools, Suess says.

Saving energy. If you ask Beamer how much it will cost to install all low-energy LED lights in the store, he doesn’t have the exact cost of the new fixtures or the estimated payback time period. But he has calculated that he’ll save $350 per month on his electricity bill.

There’s a reason, Beamer isn’t too worried about the LED retrofit cost. He previously installed a $250,000 solar array on the roof that delivers 7.5 percent of the store’s electricity. Maybe not a great investment, he says. But with so many government incentives offered to “go solar,” the panels ended up being virtually free.“So I said, ‘That’s cool. Let’s do that,’” Beamer says.