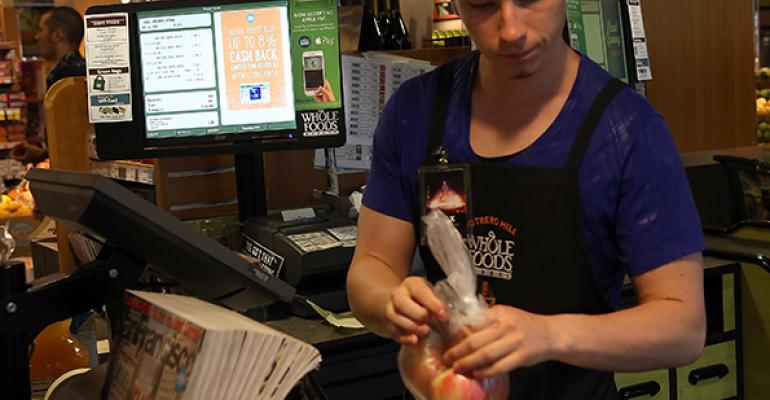 Layoffs across Whole Foods Market regions began Friday, with the company goal to reduce its workforce by 1.6 percent in the next two months.&nbsp;

The cuts come as Whole Foods Market has experienced rocky year on the stock market, with shares falling 40 percent this year alone. Co-CEOs Walter Robb and John Mackey in July attributed part of the super-natural retailer’s market challenges on the headline-grabbing pricing issue in New York.

Meanwhile, it appears plans for the spinoff 365 by Whole Foods Market remain in place.

As part of its ongoing commitment to lower prices for its customers and invest in technology upgrades while improving its cost structure, Whole Foods Market will reduce a number of positions over the next eight weeks. The company estimates the net reduction to be approximately 1,500 jobs, which represents 1.6 percent of its workforce. It anticipates many of the reductions to be managed through natural attrition and expects a significant percentage of affected Team Members will find other jobs from the nearly 2,000 open positions across the company or via new jobs created from the more than 100 new stores in development.

Whole Foods Market added over 9,000 new jobs in the past year and created nearly 35,000 over the past five years.

“This is a very difficult decision, and we are committed to treating affected team members in a caring and respectful manner. We have offered them several options including transition pay, a generous severance or the opportunity to apply for other jobs. In addition, we will pay these team members in full over the next eight weeks as they decide which option to choose,” said Walter Robb, co-CEO of Whole Foods Market. “We believe this is an important step to evolve Whole Foods Market in a rapidly changing marketplace.”