Will Whole Foods change its union tune after listening to this song? 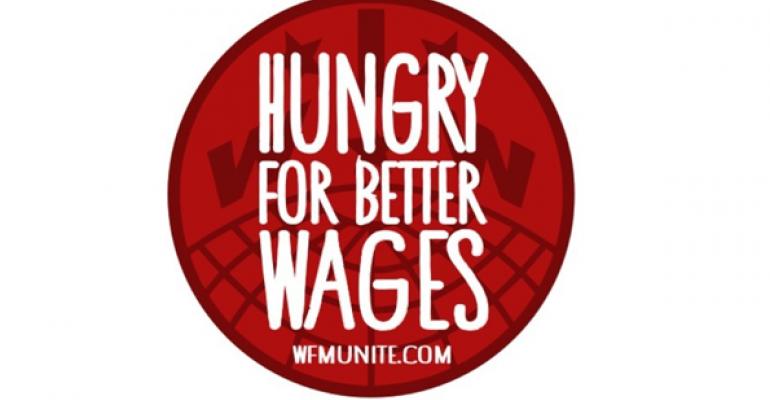 Whole Foods Market Workers Unite has its own catchy song to share its unionizing message.

The John Mackey of yore might have appreciated this protest song by John Paul Wright, a Kentucky-based union organizer. But much has changed in the years since he grew the SaferWay from an idyllic small health food store to the idealistic Whole Foods Market of Dow Jones dreams.

For one, the Whole Foods Market co-CEO has touted the natural grocery store as being "beyond unions."

“Whole Foods isn’t anti-union,” Mackey has said. “Our team members are not being prevented from joining unions, they’ve chosen not to ... Why would they want to join a union? Whole Foods has been one of [FORTUNE’S] 100 best companies to work for for the last 16 years. We’re not so much anti-union as beyond unions.”

And the Whole Foods union organizers have an anthem in "A Whole Paycheck!" Click the soundwave above to hear the song posted to SoundCloud this week.

Song has a way to cut to the core. Will this one have the power to produce change for workers who say they can't afford "half the stuff that you got in your cart. Living wage and union is my wish"?