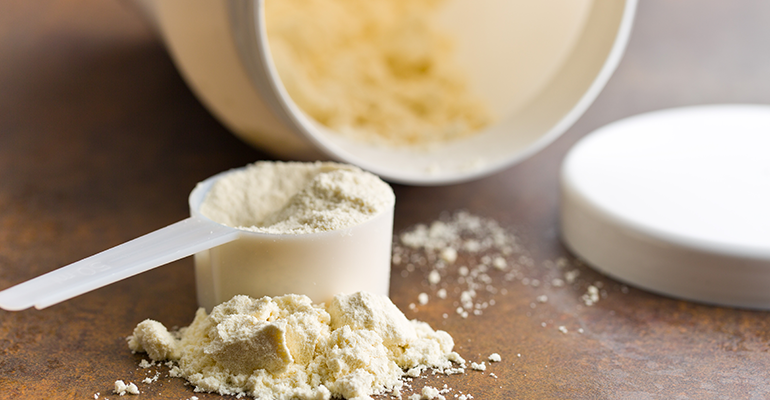 Can science transform California crops to cope with drought?

Researchers are applying lessons learned from prior droughts to enable the $50 billion agricultural sector to sustain itself in our new collective reality where water use is dictated by nature and climate change—not state or federal agencies. Although any research projects to engineer drought-resistant crops won’t come to fruition for decades because fruit and nut trees require more than 20 years to fully mature, some more immediate options include satellite and drone technology as well as soil moisture sensors that measure the evapotranspiration of an orchard (AKA how much water trees pull from the earth and how much is exhaled into the atmosphere). The Counter has the details.

New protein-packed SKUs are hitting natural retail shelves faster and in greater numbers than ever, but what can we chalk up about consumer attitudes and emerging protein-sourcing techniques based on the ever-growing protein fad? Firstly, taste is a huge factor. The technology behind protein bars in particular has evolved to the point where they almost approximate to ordinary chocolate bars, and sneaky protein in other CPG products can help consumers feel like they're getting their money's worth without that chalky protein powder feel. Secondly, diet culture plays a huge role; as one dietitian interviewed by The Guardian puts it, "Protein is diet culture masquerading as something that fuels exercise."

This week, the USDA announced that more than 2.5 million acres of American land have been accepted in the Grassland Conservation Reserve Program (CRP), which involves payments to farmers to remove their land from agricultural production and instead work on environmental benefits and climate mitigation. The Grassland CRP was viewed as a key program for renewal, as participation had fallen over the decades. Additionally, the Biden administration set up a slew of new related programs and incentives. There are programs for more short-term planting of ground cover, for carbon sequestration practices, and more technical assistance for farmers. Modern Farmer reports.

On a recent earnings call, Kroger CFO Gary Millerchip said the retailer will be “passing along higher cost to the customer where it makes sense to do so.” Millerchip acknowledged the company’s facing pressures such as higher supply-chain costs, as well as an increase in theft that could drive prices up in the second half of the year. Prices are rising across the board, but White House analysts revealed that meat constitutes half of the food-at-home price increases and that prices have surged on beef (+14%), pork (+12%), and poultry (+6.6%) since December 2020. Head to The Food Institute for more.

An estimated 7,000 meat processing facilities nationwide currently pollute America’s waterways, often in or near rural communities populated by people of color. The untreated wastewater of slaughterhouses, as you might imagine, contains blood, fat, urine, fecal bacteria, pathogens, ammonia, nitrogen and phosphorous. But, per Civil Eats, the Environmental Protection Agency plans to update the national water pollution standards for meat and poultry processing plants for the first time since 2004 (many slaughterhouses still follow discharge guidelines set in the 1970s). Experts have long noted that EPA’s outdated discharge limits under the Clean Water Act enable slaughterhouses to overload the waterways with nutrients that contribute to algae blooms, kill off aquatic life and imperil public health.