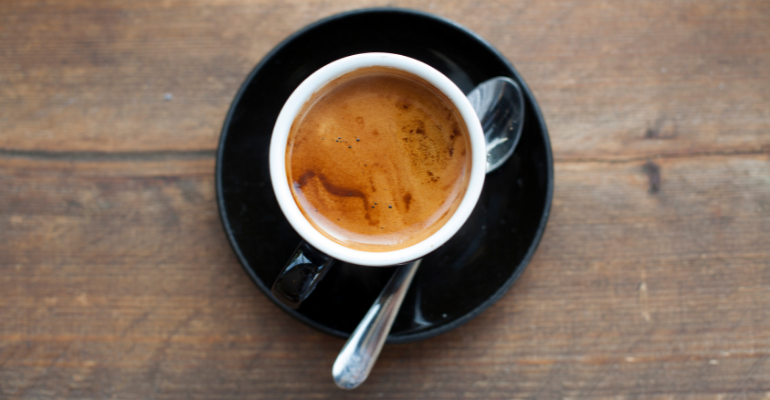 Coffee addict? You're not alone. New data reported on by The Food Institute shows 60% of Americans had a coffee in the past day—more than any other beverage, including tap water. Younger consumers in particular are driving the popularity of specialty, refrigerated and ready-to-drink brews. In grocery stores, specialty and premium items in the ready-to-drink and refrigerated categories have exhibited an impressive growth trajectory over the past three years

Americans lead in both plastic production and consumption, but we're lagging behind big time when it comes to mitigating the plastic waste crisis. For instance, more than 90 countries have established (or have imminent plans to establish) either bans or fees on single-use plastic bags or other products, according to Environmental Health News. Shocker: The U.S. is not one of them. However, a new proposed federal bill—the Break Free From Plastic Pollution Act—offers potential solutions by shifting the burden from consumers to plastic manufacturers.

Thousands of farms warned about toxic PFAS from military bases; no fix in sight

A recently released report to Congress shows thousands of agricultural operators have already been contacted by the Department of Defense about the toxic, man-made chemicals that may have leaked beyond military base fences. These chemicals, known as PFAS, seeped into many of these farmers' groundwater and caused significant financial losses as a result of contamination. California, New York and Texas each had at least seven bases that sent out such notification letters. Learn more at ABC7 News.

Food tech startup Perfect Day just closed a $350 million Series D investment round, which included participation from its board member Bob Iger, AKA the executive chairman of The Walt Disney Company. The new round brings Perfect Day’s total funding to more than $750 million and paves the way for the startup to go public with a current valuation of $1.5 billion. This startup is unquestionably the most well-funded startup in the precision fermentation space and has expanded into a supplier role in addition to offering consumer-facing goods. VegNews has the scoop.

We can grow coffee in California. But should we?

California has a drier climate that has made it immune to the devastating coffee rust fungus seen in tropical regions, and its farms are located further from the equator, which means the coffee beans have a longer harvest window. But agriculture experts remain divided on whether a drought-stricken state should be using water resources to fuel production of premium coffee. Civil Eats points out that coffee needs nearly double the amount of water as water-intensive almond crops do, and coffee growers in California would have to rely primarily on irrigation because of scarce rainfalls.