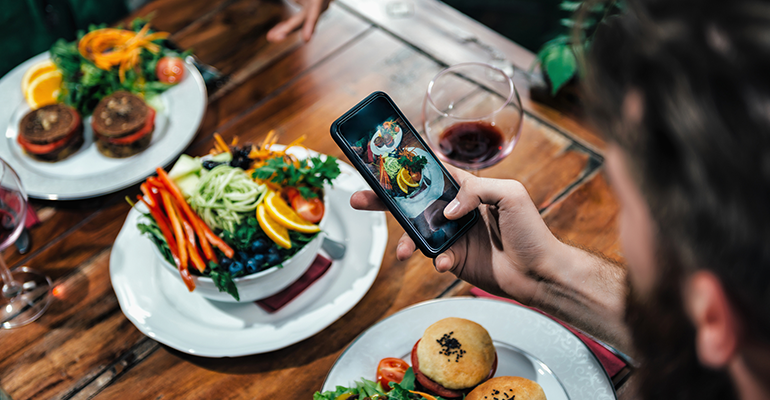 Here, The Food Institute interviews two experts about whether or not the restaurant industry has reached plant-based saturation and finds that many businesses in the sector are asking for more trendy plant-based products while keeping a sharp eye on profitability; they note that the shift toward whole, produce-based dishes on the part of consumers should not be discounted. Currently, plant-based items represent between 2% and 3% of menu offerings, but innovation in the plant-based industry (and we know for a fact that it's happening) could up this number significantly. Plant-based bacon and chicken are two major disruptors that, if they can successfully mimic their conventional counterparts, will sway even more omnivores to try out plant-based dishes.

A standard technique for monocrop growers is to wildly overuse nitrogen-based fertilizers, and this practice has a plethora of negative environmental effects including water pollution and greenhouse gas emissions. Today's farmers are using around 40 times as much nitrogen than they were 75 years ago, a figure that is way out of proportion to the population growth in that time period. This is why researchers have created a metamodel of a process-based crop model—head to Modern Farmer for more details on what that means—that can compute tons of data such as weather, climate, soil quality, nutrients, crop variety and inputs to predict yields and analyze productivity, thereby giving them the ability to cut down on excess fertilizer use.

Are robot-driven online grocery fulfillment centers overrated? A recent event in London indicates more tweaks are needed before this technology can be adopted on a widespread scale. Online grocer Ocado was forced to cancel thousands of orders following a fire at one of its fulfillment centers in the city; an Ocado statement reported that the blaze started when three of the robots that help pick its groceries collided at the Erith site. According to BBC, this is the second fire involving robots at Ocado: Its Andover facility burned down in 2019 after an electrical fault. Shares in the company slipped by roughly 3% in early trade on Monday of this week as a result.

The U.S. spends $1.1 trillion a year on food, but when the impacts of the food system on different parts of our society are factored in the bill is around three times that! Health impacts are the biggest hidden cost of the food system, with more than $1 trillion per year in health-related costs paid by Americans, with an estimated $604 billion of that attributable to diseases—such as hypertension, cancer and diabetes—linked to diet. Yet another glaring sign that the U.S. food system as it stands is adversely affecting our environment, our health and our society. The Washington Post explains why getting consumers to realize exactly how their food shopping choices directly affect the environment is a major hurdle right now.

Last week, for the second time in less than two years, Sen. Cory Booker floated a bill that challenges the powerful, corporate-dominated meat industry. The Farm System Reform Act would place an immediate moratorium on new large-scale CAFOs as well as halt the expansion of existing CAFOs over a certain size; it would also fund a voluntary buyout program for CAFO owners who want to exit the business. It goes without saying, though, that a bill that would improve public health to the detriment of the powerful meat industry's business model remains a longshot. Looking at you, President Biden. Learn more at Mother Jones.