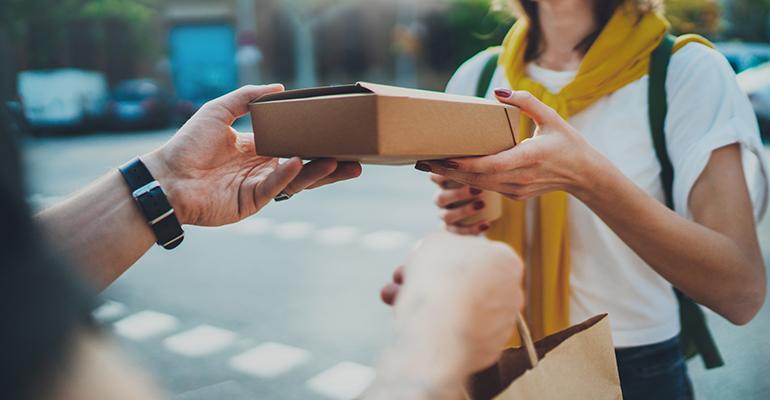 Revolt of the delivery workers

Food and grocery delivery can be a dangerous business, rife with theft (specifically e-bike theft) and nearly impossible timeframes set by delivery app companies. These workers are often on their own, without even the minimum in government support, but now they're banding together to share information as well as support and protect one another. New York City-based workers rights group Los Deliveristas Unidos, for instance, has gained so much momentum that companies including DoorDash have begun conversations with members about expanding their privileges on the job. Curbed has the full story.

China issued a whopping total of 2.7 billion organic product labels last year, according to the country's top market watchdog. It sold 999,000 tonnes of organic products in 2020, with sales standing at about $12.47 billion, an increase of 18.6% compared with 2019 and coming in fourth globally. To date, China has granted 14,000 companies nationwide more than 22,000 certificates for their organic products, and the number of issued certificates grew by 13.5% on average each year between 2016 and 2020. CGTN reports.

How has Hurricane Ida affected agriculture and food?

Hurricane Ida caused its worst agricultural damage in Pennsylvania, New Jersey, New York and Connecticut, although concrete numbers are still being calculated. Up to 25% of Louisiana's sugarcane crop was demolished as well, a preliminary examination revealed, and its citrus groves were flooded with brackish water. The governor of Pennsylvania has already called for big funding to combat climate change for the state’s agricultural industry. The storm also disrupted shipping container operations, which could arguably have even bigger economic ramifications than destroyed crops. Learn more at Modern Farmer.

Berlin-based Formo has raised $50 million in Series A funding to fuel its animal-free dairy cheese product. Formo uses a precision fermentation process with animal-identical proteins to produce protein that is then harvested and combined with other ingredients to make cheese. The company says the $50 million is Europe’s largest series A food tech investment to date. The Spoon plucks this quote from Formo's press release on the funding: "With microorganisms being up to 20 times more efficient than cows at converting feed into food, Formo can already undercut consumers’ willingness to pay at commercial production scale."

Better-for-you beverages are finding success all around, but no beverage has skyrocketed in terms of sales growth quite like kombucha. The kombucha category grew from $1 million in sales in 2014 to $1.8 billion in sales in 2019, with the total number of brands increasing by about 30% a year annually for the last several years, writes The Food Institute. It has especially picked up steam at convenience stores in major cities, particularly on the West Coast, as consumers continue to seek healthier options to traditional soft drinks. Some convenience stores also offer kombucha on tap.