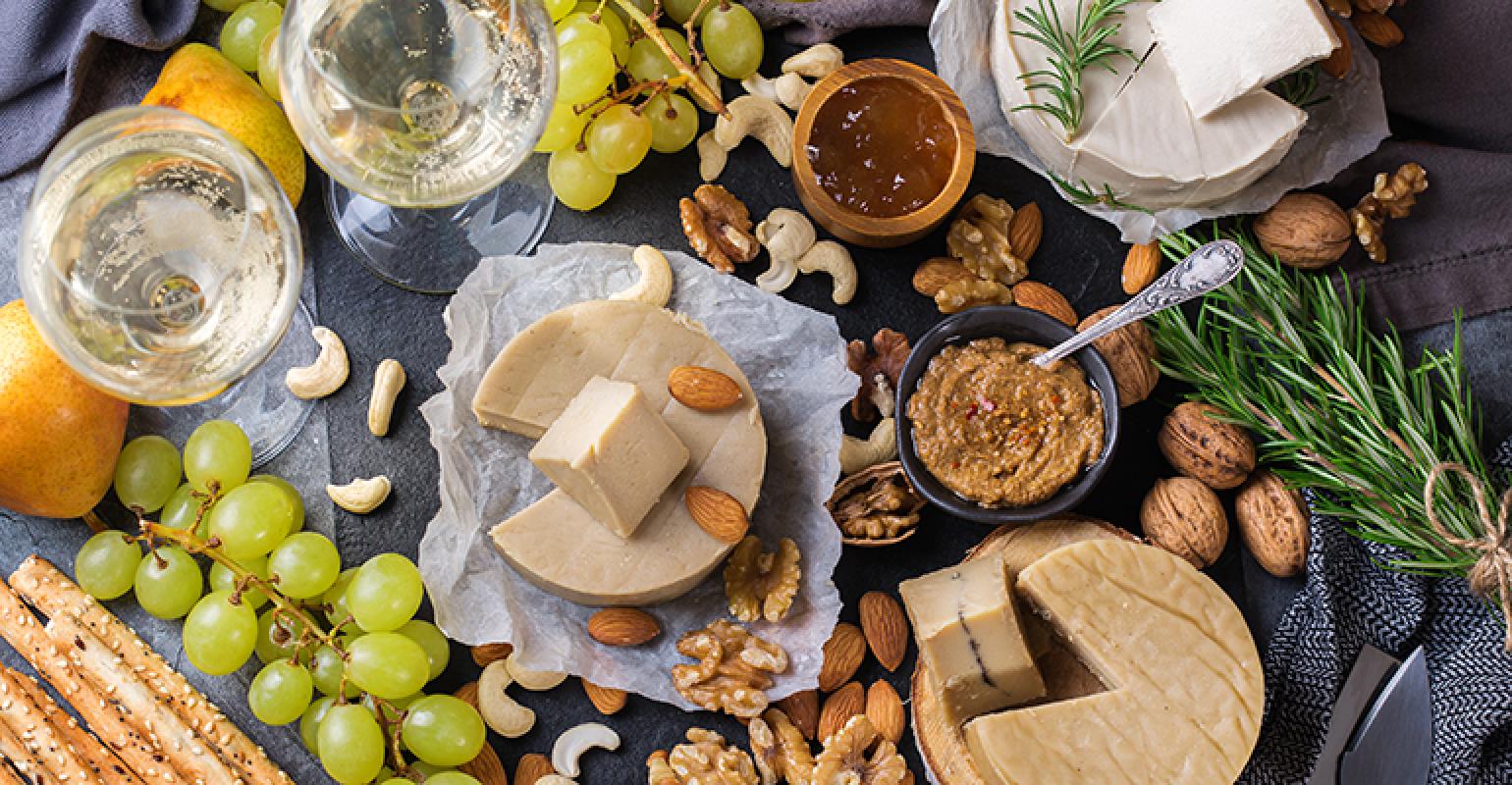 Food security depends on having a stable transportation infrastructure

A closed tray system used by MycoWorks provides mycelium "leather" the consistent strength, thickness and breathability that apparel and footwear manufacturers need in a sustainable leather, Brooke Roberts-Islam writes in Forbes. The company, which was established in 2013, is now selling its Fine Mycelium (trademarked) product to Hermés and other brands.

In the past five years, the options for vegans who miss cheese have filled the dairy cases. Non-dairy soft and hard cheeses, yogurt and butter abound. New York City is home to a vegan dairy that offers plant-based cheese, Eater reports. "Vegan cheese has undergone an unlikely evolution from punchline to something that sits comfortably, even unremarkably, on mainstream supermarket shelves," Alicia Kennedy writes.

Kroger looks to double digital sales by end of 2023

Kroger CEO Rodney McMullen told investors on Wednesday that the nationwide supermarket chain plans to double its digital sales by the end of 2023, CNBC reports. He sees the COVID-19 boost in sales can be transformed into long-term competitive advantages. "As society has leapt into a new digital era, so has Kroger," McMullen said.

A federal judge in Minnesota on Wednesday overturned a 2019 rule, enacted by President Donald Trump, that allowed pig slaughterhouses to increase the speed of their lines, according to Reuters. The United Food and Commercial Workers Union sued the U.S. Department of Agriculture, claiming that faster slaughter speeds endangered workers. After Seaboard Foods, the country's second-largest pork producer, sped up its lines in an Oklahoma plant last year, employees told Reuters that injuries increased.