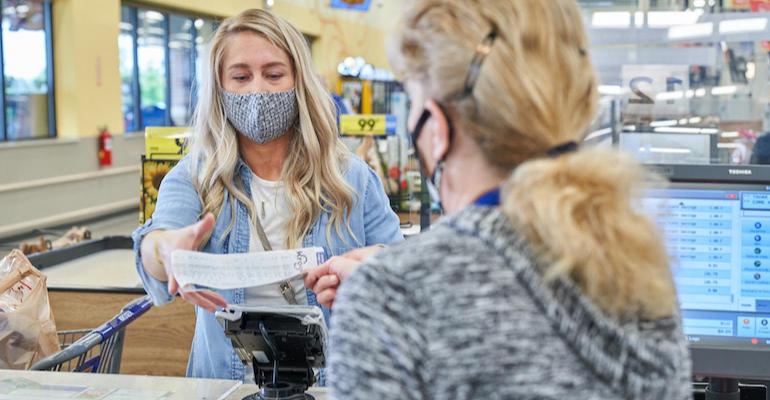 Some grocers bring back purchase limits as COVID-19 cases rise

Big-box grocers like Kroger and Publix are reinstating limits on the number of certain cleaning and household supplies shoppers can buy in anticipation of the next significant uptick in "pandemic buying." Cleaning wipes will reportedly remain scarce in 2021, and many retailers still aren't receiving their full orders for other in-demand items such as canned food, flour and spices. The Wall Street Journal reports.

1 in 5 children with food allergies are bullied, research shows

Kids with food allergies not only struggle to avoid triggering ingredients day to day, but they're also being picked on for it. This, experts note, could prompt more children with allergies to engage in risky behavior like not checking ingredient lists. Compounding this is the fact that many kids don't realize just how dangerous allergic reactions to food can be—they more often than not result in hospitalization. Health Day has the full story.

Amazon has expanded a service that allows shoppers to have their packages delivered right inside their garages, in addition to launching a similar service for grocery orders. Package theft tends to spike around the holidays, which may be a big driver for shoppers as they continue to order food largely from home. Learn more at Digital Trends ...

Could weeds be the future of food? This urban forager thinks so

Using invasive plants as a food source may be a powerful tool against climate change and the pitfalls of conventional agriculture. This starts with familiarizing consumers and farmers with the kids of edible weeds native to their areas; it's a local, sustainable and ultra-fresh way to feed a growing global population. Head to Today for the scoop.

The second COVID-19 wave is apparently prompting shoppers to forgo pantry staples like rice and dried beans in favor of higher-end coffees, cheeses and frozen entrees. The trend is notably consistent across households of all income levels. Experts say shoppers are seeking out small moments of indulgence that act as buffers to the incredibly stressful time we're in. Read the rest at CNBC ...