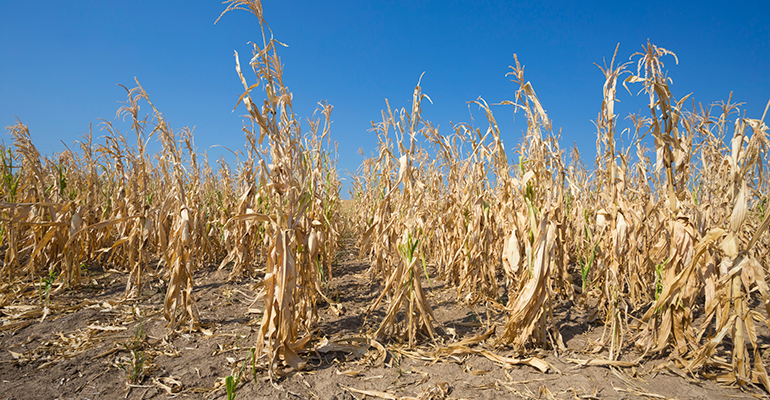 Portland, Seattle and parts of western Canada far surpassed all-time heat records for the second straight day this past Monday. A sprawling zone of high pressure or "heat dome" is to blame here, and although events such as this are rare climate change is making them increasingly less so. So, how will all this affect what we eat? It's currently peak harvest season in the Pacific Northwest but it's far too hot to be out working in fields or groves, for one. And compounding that is the fact that heat puts stress on the crops themselves and makes them less nutritious and substantial. The Food Institute delves into the issue.

Google launched its Find Food Support website this week, which aims to connect food-insecure households to helpful resources such as food banks, school lunch programs and food pantries. Google said in a blog post that it worked with No Kid Hungry, FoodFinder and the U.S. Department of Agriculture to collect data on food assistance programs around the country. Unsurprisingly, the company also said that during the pandemic searches for “food bank near me,” “food stamps application,” “school lunch pick up” and other similar phrases reached “record highs.” The Spoon reports.

The most sustainable foods, from seaweed to venison

What should we eat to save the planet? According to The Guardian, the following foods are the current expert-chosen favorites: oats, grass-fed beef or lamb, locally grown produce, mussels, pulses, seaweed and venison. Another star category in terms of reversing egregious damage to the planet is products that incorporate upcycled ingredients that are sourced from another product's waste stream.

Rethinking your post-pandemic relationship with booze

Nearly one in four adults said they managed COVID-19 stress by drinking more alcohol, according to an American Psychological Association survey, although the majority of these people don't consider themselves as having a problematic relationship with booze. On the other hand, health concerns prompted many others to give up on drinking entirely in pursuit of an ironclad immune system. Sober-curious movements are as alive as ever, consisting of “drying-out periods” of several weeks or more, inspirational hashtags such as #soberissexy, online sober coaches, “sober” bars and “craft” distilleries that make and sell plant-based faux booze. Learn more at WebMD.

Could a distaste for broccoli indicate greater resistance to COVID-19?

A study conducted earlier this year analyzed nearly 2,000 patients and found that so-called “supertasters”—individuals who are overly sensitive to some bitter compounds—were less likely to test positive for COVID-19. This indicates that taste receptors might be more intertwined than we think with innate immunity, and scientists are now hoping to find more connections between this family of receptors and other upper respiratory infections. National Geographic has the scoop.