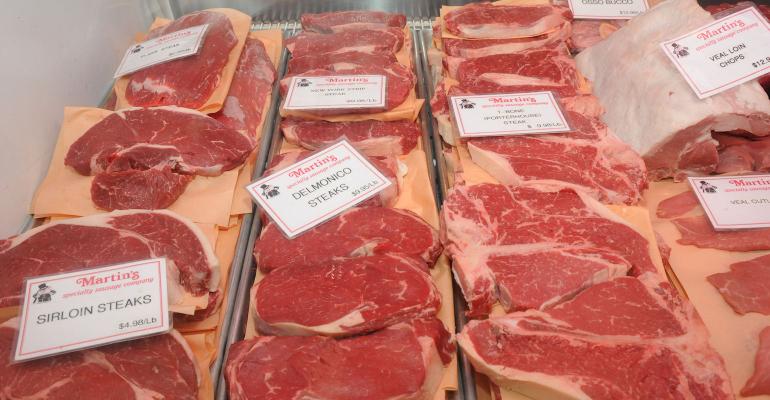 Have you heard of "meat disgust?" The term has been used to describe a negative and repulsed reaction to meat that is prevalent among vegetarians and vegans. However, a new study has found that those who eat meat experience this as well. The author of the study, Elisa Becker, suggests that the findings could prove helpful in the quest to get more people to cut back on meat. Becker also plans to delve deeper into the topic by uncovering the specific types of disgust meat disgust elicits. Learn more at Modern Farmer.

Demand for grocery delivery remains high, and big-box retailers including Walmart, Kroger and Amazon are using technology to bring groceries beyond consumers' doorsteps. Amazon offers in-garage delivery, while Walmart is expanding its service that allows delivery workers to enter homes and load food into kitchens while customers are out. Lastly, Kroger one-upped everybody with the launch of its autonomous drone delivery program this month. The Food Institute reports.

Why do we hate white condiments?

Could there be an evolutionary reason behind the internet's distaste for white condiments? Some have posited that the look and feel of these products is repulsive to consumers because they are remniscent of bodily fluids. Slimy textures are also far less appealing than firm ones, as mushy and slimy things usually signal spoilage. The Takeout talks treating avoidant-restrictive food intake disorder when it comes to the fear of white condiments and other foods in children and young adults.

The digital farmers market: New shortcuts to the freshest food

Small farmers are wooing digital-first shoppers with fresh food delivery services, and the sales are rolling in. They're finding that by cutting out grocery stores and their distributors and wholesalers, food arrives fresher on customers' doorsteps and the farm itself reaps a higher profit. The Wall Street Journal rounds up some top players in the space, including OurHarvest, Good Eggs and WhatsGood.

While they won't save subscribers money compared to a discount grocery store, "ugly" produce boxes are still relatively cheap, reliable and convenient. But it's important to note that the rhetoric regarding diverting waste is misleading; second-grade produce is mostly processed into juice, jam, baked goods, salsa, soups or guacamole rather than ending up in landfills. Life Hacker has the story.