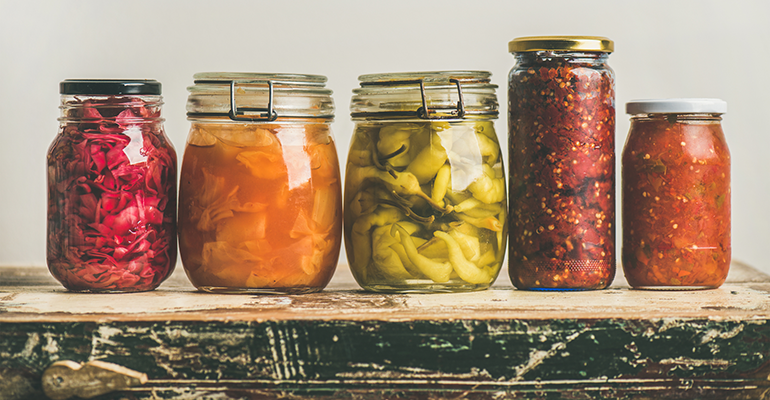 And the meatpacking plant drama continues! Regular emails between the leaders of pork company Smithfield Foods and chicken producer Perdue Farms and government officials as COVID-19 ravaged meatpacking plants had a hand in keeping those same plants open despite the high rates of infection. The Counter writes that inconsistent policies from state to state and a lack of federal guidance (as well as a switch to less thorough "virtual inspections") on the part of OSHA made it even tougher to penalize facilities with high COVID-19 transmission rates.

Is home fermentation the next big kitchen tech opportunity?

Thanks to the pandemic-related rise of experimentation in food making, more people than ever are creating fermented food and beverage products in their own kitchens. What this means, per The Spoon, is that the at-home fermentation space is ripe for trendy hardware products to help consumers craft everything from kombucha to kimchi. Fermentation is scary to some consumers (I mean, have you seen a SCOBY?) but so much research has come out recently about fermented products and their relation to immunity and mood, and this has driven up interest significantly.

Kroger's upping the ante: the nation's largest supermarket operated has revealed plans to expand its fulfillment centers to expand its delivery services, announced it had reached $1 billion in annual sales for its Home Chef meal solutions brand and began dabbling in health insurance, teaming up with Anthem Blue Cross and Blue Shield to offer Medicare Advantage plans that include stipends for groceries. The Food Institute notes that Kroger’s digital business doubled during the pandemic; it also recently launched a new membership program, Kroger Boost, as part of its Kroger Plus loyalty program.

Scientists have long been unsuccessful in the quest to pin down which fat sources can be linked to common diseases, but new evidence indicates replacing lard and beef fat with non-tropical vegetable oils including olive oil, corn and soybeans can reduce stroke risk. Inverse writes that the real culprit here may be saturated fats as a group; red meats are full of them, and they're also found in notorious ultraprocessed fare such as baked goods, whole-fat dairy, palm oil and fried food. These findings align with the current health guidance out of the American Heart Association.

In today's bummer news, Civil Eats reports on an emerging study that concludes that climate change will will cause crop yields to fall and trigger increased spikes in food prices, deepening food insecurity and micronutrient deficiencies. Today, a whopping 30% of the global population suffer from micronutrient deficiencies, and that figure's only going to get worse in the coming years. Beans, wheat and rice are all staples that will be hit hard by global climate change. There is more research that must be done, and fast, in order to lessen climate change's impact on health in lower- and middle-class consumer segments.