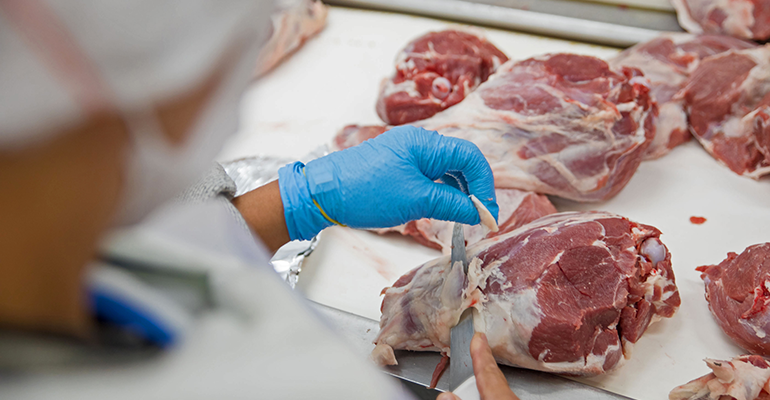 What it's like inside the Cargill meatpacking plant in Dodge City

This article in The Atlantic illustrates what it was like to work at a meatpacking plant during the pandemic, when employees were deemed essential but not given enough protection to avoid falling ill. COVID-19 was an added risk to an already risky profession; government statistics show that from 2015 to 2018, a meat or poultry worker lost a body part or was sent to the hospital for in-patient treatment about every other day. At its core, this article highlights why changing the way we produce meat and pivoting to plant-based alternatives is ultimately for the better with regard to workers, animals and consumers.

To prevent heart disease, Americans should embrace this underrated carb

Americans are not getting nearly enough fiber, according to a new study, and this is important because dietary fiber can help reduce the risk of coronary heart disease. There are many different kinds of fiber, but whole, high-fiber foods can benefit everything from one's gut microbiome to overall longevity. So there you have it—nothing new in terms of dietary advice, but a much-needed reminder for the U.S. poulation. Inverse has the scoop.

Kroger launched its first retail drone delivery last Wednesday in Centerville, Ohio; as of right now there is no delivery fee for customers eligible for the service. Drone delivery programs worldwide have accelerated in 2021: Flytrex has received Federal Aviation Administration (FAA) approval to expand its drone delivery program (which includes Walmart grocery deliveries) in North Carolina, Manna has been conducting 50 to 100 drone deliveries per day in Ireland and Pizza Hut has partnered with Dragontail Systems for drone deliveries in Tel Aviv, Israel. The Spoon reports.

In line with its plan to halt the Farmers to Families Food Box program and focus on existing distribution channels for charitable food, the U.S. Department of Agriculture plans to invest $1 billion to support food banks. Food bank leaders hope the reallocation of resources will facilitate a return to normalcy during this time of still-heightened food insecurity. Notably, the new program will preserve the intent of the Farmers to Families Food Box program to get families fresh produce in addition to shelf-stable fare. Learn more at The Counter.

How can we prevent the next zoonotic disease outbreak?

At least one group of people weren't taken aback by the emergence of COVID-19: the epidemiologists and researchers who study zoonotic diseases. CDC data actually shows that three out of every four emerging infectious diseases in people are zoonotic in nature. Now these researchers are working to stop the next zoonotic disease outbreak by pinpointing the aspects of urbanization and agriculture that threaten biodviersity and move humans, wildlife and farmed animals into closer contact with each other. Cue widespread paranoia! Get the lowdown at Modern Farmer.