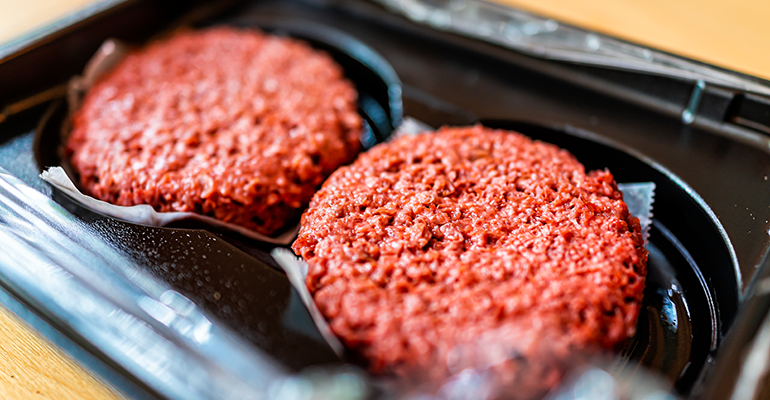 According to The Food Institute, plant-based and organic food trends are driving major growth in the packaged food market. Low-calorie, low-fat, gluten-free, sugar-free and organic claims are all highly sought after by consumers hoping to stay healthy year-round. A good portion of this growth is led by millennials and Gen Z, who are demonstrably more eco-conscious and mission-driven than prior generations.

Mushroom's aren't just for eating anymore. Per The Guardian, a new vegan leather substitute made out of a patented material formed by mycelium (also a new favorite growth medium in the plant-based meat space!) "replicates the appearance and feel of leather while outperforming it in strength and durability." Another bonus: Mushroom leather can be grown in pieces to be a specific shape and size, which cuts down on waste.

The cult of Liquid Death

Have you heard of Liquid Death? The spring-water-in-a-can brand that appeared at first to be some sort of elaborate joke revealed it had raised over $34 million from investors in 2020, and has some pretty ardent fans now as well. Eater writes that the water tastes better by virtue of being in a can, and its packaging is also a fun conversation starter in an era when many of consumers feel a social disconnect when among strangers. Take note, beverage brands.

Good Food Institute has officially submitted comments to the U.S. Department of Agriculture’s Food Safety and Inspection Service (USDA-FSIS) regarding the labeling of cultivated meat and poultry products. The group is petitioning for a few key things; firstly, that cell-cultured meat manufacturers can use words that are familiar to consumers. It is also asking that these products avoid premature and rigid regulations that could hamper widespread acceptance.

BT Sweets unveils Cambya, an alternative sugar made from plant fibers and botanicals

Cambya is a new sugar alternative made from soluble fibers, botanicals and monk fruit. It is a one-to-one sugar replacement, meaning that it uses the same measurements used for standard white sugar, and that's a huge deal in the alternative sugar space. The Spoon notes that there are several emerging plant fiber sweetener companies cropping up, one of which uses the fibers of agricultural side streams like corn, wheat and rice called Supplant.