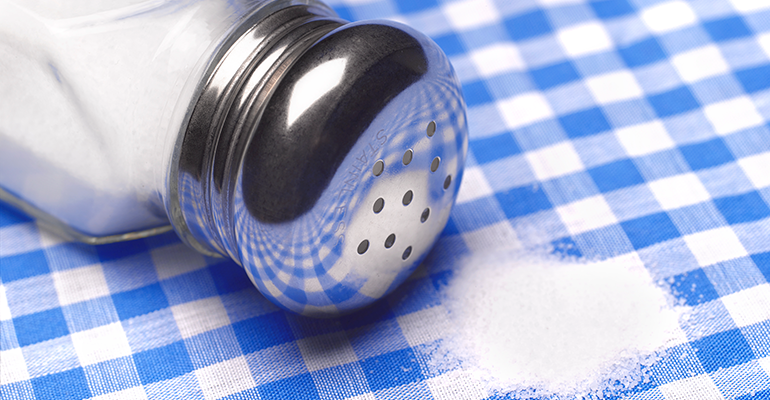 Biden asks food makers to crack down on salt

New guidelines from the Federal Drug Administration set voluntary sodium limits for more than 160 categories of processed foods, from pizza to toddler snacks, with the overall goal of helping consumers cut their average salt intake from 3,400 mg to 3,000 mg per day. Although the policy is voluntary, the guidance is expected to be taken seriously by many if not the majority of food companies. The government estimates that about 70% of the sodium Americans eat comes from sodium added during food processing and commercial food preparation—yet another reason to keep consumers informed about the many dangers of overeating ultraprocessed CPG food products. Politico has the scoop.

Startups are betting on a psychedelic gold rush

As psychedelics tiptoe into the mainstream, many startups that focus on mental health are reporting an optimistic outlook on its reception. Recode highlights Field Trip, a millennial-friendly business that administers ketamine over the course of one or several therapy sessions, as one of the companies on the forefront of this push. However, experts caution that enthusiasm on the part of consumers is outpacing the science, so things such as long term safety or efficacy come into question. Psilocybin might be the one for natural products industry members to watch: In the last few years, Denver, Oakland, and Washington, D.C., have all decriminalized psilocybin, and in 2023 supervised psilocybin-based therapy will become legal in Oregon.

The '90s food resurgence is in full swing, and there are two main reasons for this, according to Eater. Firstly, people in their 30s and 40s love to reminded of the flavors of the past and have a ton of fun engaging with brands via this kind of nostalgia play. Secondly, platforms including TikTok are making it easier than ever for younger generations to develop a kind of projected nostalgia about decades they were either too young to fully remember or weren't even alive to experience. This is why we're seeing demand for espresso martinis, Lunchables and Nesquik products across the board. But unsatisfying low-fat snacks can stay in the past!

Historically disadvantaged farmers—that is, Black, Native American, Alaskan Native, Asian American, Pacific Islander and Hispanic and Latino farmers—were informed that there was debt relief amounting to $5 billion designated for them back in March. As Modern Farmer points out, this money was supposed to arrive in June and never did. This is in large part due to a series of lawsuits, one of which was filed by a firm led by former Trump adviser Stephen Miller, that have thrown up major roadblocks. Unsettlingly, the Biden administration’s Department of Justice declined to appeal an injunction in one instance.

What's at the heart of the supply-chain issues plaguing the U.S.? Yes, COVID-19, duh. But also, per this piece from The New Yorker, it's worth looking at the many labor issues that have been spurred by the virus as the main culprit. A significant number of people who were laid off early in the pandemic because of closures haven’t gone back to work, even as more businesses reopen. The factors cited include a fear of infection and an aversion to dealing with customers who are angry about policies, or the lack of them, requiring masks and proof of vaccination.