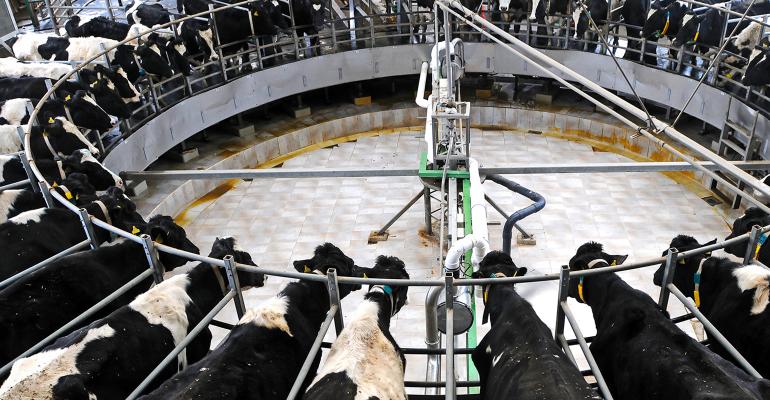 Is the future of Big Dairy regenerative?

Good news for the struggling conventional dairy world: Danone, General Mills and Stonyfield have all recently launched soil health programs specifically aimed at dairy producers. The programs offer training, tech support and financial assistance; although they are voluntary, they are seen as key to transforming environmentally unfriendly dairy farms into “carbon sinks,” allowing Big Food companies to reduce their carbon footprints and open up new avenues to market their products. Food companies have a huge influence on farmers, so if the industry makes it clear emissions reduction is a priority then the impact will be huge, this Civil Eats article notes.

Amazon announced Wednesday that it will add automated checkout technology to a pair of Whole Foods stores, marking the latest test of the grab-and-go system in a full-size supermarket. Whether or not the typical Whole Foods shopper will appreciate the experience remains to be seen. One of the new stores will be located in the Glover Park neighborhood of Washington, D.C., and the other in Sherman Oaks, California. Amazon’s proprietary “Just Walk Out” technology allows shoppers to enter a store by scanning an app and exit without needing to stand in a checkout line; cameras and sensors track what items shoppers select and charge them when they leave. CNBC reports.

According to a press release out of USDA, the Farm and Food Workers Relief grant program will provide farmworkers and meatpacking plant workers with aid ranging from $5 to $50 million (overall funding will consist of some $700 million). Around $20 million will go to a pilot program to figure out how to compensate grocery store workers, the first time such a program has been undertaken. The grants will target populations include workers who do not speak English, members of minority groups that are reluctant to apply for aid, unhoused workers and others who may have fallen through the cracks since the pandemic began. Modern Farmer has the scoop.

Despite the sudden loss of 20 million jobs at the start of the coronavirus pandemic, food insecurity among Americans remained unchanged in 2020. The findings are a testament to last year's unprecedented expansion of government aid. Approximately 10.5% of American households were food insecure, meaning that at some point in the year they had difficulty providing enough food to all members of the home, as a result of a lack of money. It also found that 3.9% had “very low food insecurity,” meaning the lack of resources caused them to reduce their food intake (a figure that was statistically unchanged from the previous year). Get the lowdown of the findings at The New York Times.

Florida-based Publix Super Markets plans to enter its eighth state, Kentucky, with a new store opening in Louisville in 2023. The supermarket chain indicated that more Kentucky stores would be forthcoming, and that it’s “looking forward to growing within the commonwealth and in its current operating area.” The company also has continued to open its GreenWise Market small-format specialty stores, most recently a 26,000-square-foot location in Tampa. Overall, Publix now operates 1,281 stores in Florida, Georgia, Alabama, Tennessee, South Carolina, North Carolina and Virginia. Learn more at Supermarket News.