HomeNews[email protected]: Turns out kids are eating mostly junk food | Link between gut health and age reversal
Recent
Latest
4 tips to get ahead of chemical concerns in packaging
May 20, 2022
7 CBD favorites in the increasingly popular gummies format
May 20, 2022
Mission MightyMe helps parents introduce allergens to babies
May 20, 2022
UNFI's Eric Dorne to step down as chief operating officer
May 20, 2022
Trending
Whole Foods' honors 30 companies with 10th annual Supplier Awards
May 18, 2022
Getting ready for 2023: Trends for brands to consider
May 17, 2022
Sponsored Content
The rise of sustainable business – eGuide
Sponsored Content
Unboxed: 7 plant-forward ice creams to stock this summer
May 10, 2022 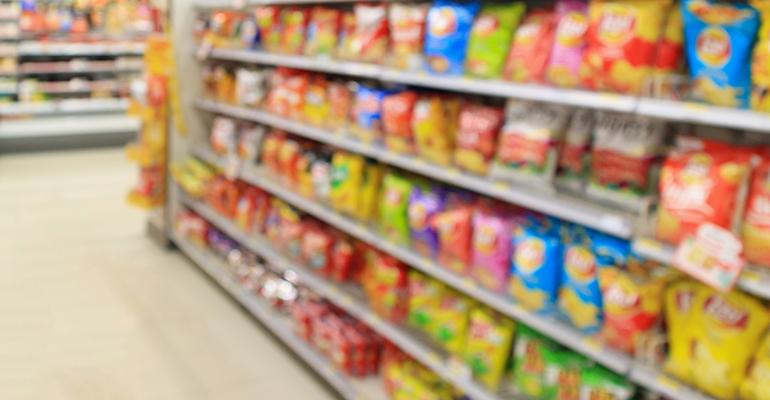 If you think your kids are eating mostly junk food, a new study finds you're right

A new study reveals that two-thirds—or 67%—of calories consumed by children and adolescents in 2018 came from ultra-processed foods, a jump from 61% in 1999 "This is particularly worrisome for children and adolescents because they are at a critical life stage to form dietary habits that can persist into adulthood," Fang Fang Zhang, the study's senior author and a nutrition and cancer epidemiologist at Tufts University's Friedman School of Nutrition Science and policy told NPR. "A diet high in ultra-processed foods may negatively influence children's dietary quality and contribute to adverse health outcomes in the long term."

Groundbreaking research indicates that one's gut health can have a huge effect on what the brain looks like in old age: Scientists who transplanted microbiota of young mice into the intestines of older mice found that the older mice displayed improved cognitive function as a result. This is the first study that shows the correlation between transplantation of a gut microbiome from a younger mouse into an older one with improved brain abilities in the older mice—more evidence of the still-somewhat-elusive gut-brain link that has a vicelike grip on our moods and (apparently) overall cognition. The full implications of what this means for humans has yet to be explored, but the finding is exciting nonetheless. Learn more at Inverse.

In a last-ditch effort to stop Prop 12 from going into full effect, five Republican senators (Grassley, Marshall, Ernst, Cornyn and Hyde-Smith) introduced a bill this week that would prevent states from mandating humane conditions for farm animals. The senators are taking the approach that this is another example of liberal California taking advantage of its fellow states, but given the lack of either popular or judicial support for overturning the law, in addition to the Democratic majority in Congress and in the White House, it’s hard to see how it will get passed. Modern Farmer has the scoop.

Impossible Foods' alternative sausage product is the company's first new product to hit retail shelves since its famed Impossible Burger; it differs from Beyond Meat's similar sausage product in that it is a ground product and does not come pre-formed. Michael Bortinger, senior manager of retail marketing at Impossible Foods explained to The Spoon that the company is striving “to bring more products in different forms" because “There really isn’t a ground sausage form in the segment right now. It’s a white space for us.” Bortinger also said that the ground form gives the product a versatile angle because it can be used in casseroles, sandwiches and other recipes that traditionally include meat.

Agricultural pesticides that are sold to farmers pre-mixed into "cocktails" can kill twice as many bees, according to a recent analysis of 90 studies. This is the result of a synergistic effect that occurs when multiple pesticides are mixed together, which this BBC article notes in the norm right now among conventional farmers. On a positive note, another study published this week suggests bee colonies around the world are developing the ability to "clear out" the damaging parasite varroa, a mite that lives and feeds on honeybees and larvae.