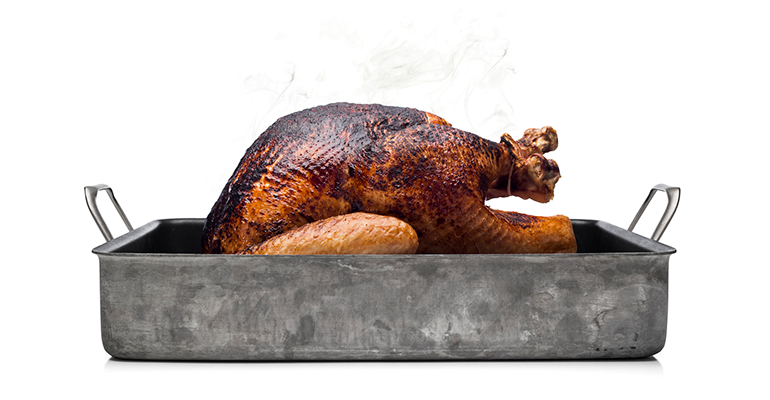 Whole Foods Market is partnering with Progressive Insurance to give its customers the first-ever "coverage" for their Thanksgiving dinner centerpiece—the turkey. Shoppers must purchase a Whole Foods brand turkey by Nov. 22 to qualify, and can submit a claim at www.turkeyprotectionplan.com. USA Today has the full story.

The Department of Justice has given the green light to Uber Eats' deal to acquire Postmates for $2.65 billion. The move will effectively consolidate the food delivery industry into three core members: Uber Eats/Postmates, DoorDash and Grubhub. Protect Our Restaurants, an organization that advocates for more regulation in the third-party delivery space, stated that this approval will inevitably harm small business owners. Head to Restaurant Business for more details.

Grassland 2.0 aims to replace soy and corn farming with perennial pasture in the Upper Midwest

A new research effort with $10 million in funding from the U.S. Department of Agriculture hopes to revolutionize farming in the Upper Midwest region. Grassland 2.0 will do this by transforming the land, which is currently 75% corn and soybeans, into 75% perennial grassland. The team will also push for policy changes that incentivize farmers to integrate grazing lands. Read about other roadblocks facing the project at Civil Eats ...

The Abu Dhabi Investment Office is set to invest $41 million into technologies for producing food in arid environments like the desert—or space. This is one example of how the world's nations are responding to glaring faults in the current global food supply chain that have been made even more apparent by the COVID-19 pandemic. This year the United Arab Emirates announced an experiment to begin growing rice in the desert and also imported 4,500 dairy cows from Uruguay. Read the rest at Bloomberg ...

'In the sun they'd cook': Is the Southwest getting too hot for farm animals?

Farmers in the U.S. Southwest have begun experimenting with heat-resistant farm animal breeds and cooling systems as temperatures rise and moreanimals die simply by being exposed to the hot, dry climate. While heat stress has led to reduced appetites and quality of meat in chickens and livestock, some ranchers say that raising these animals indoors defies the rich history of ranching in the area. The Guardian reports.