After Paris: Why the natural food industry should double down on regenerative organic agriculture 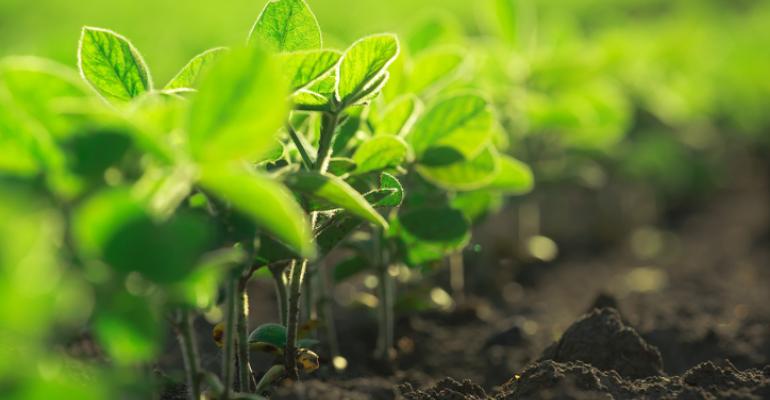 While most industries focus on emissions, the food industry can uniquely also focus on sequestration. Both are necessary to combat global warming.

For all for whom the future of this planet is important, I say: Let us continue along this path together, so that we are successful for our Mother Earth.

When President Trump announced that he was pulling the United States out of the Paris climate accord, a collective gasp could be heard across the United States and around the world. After all, 195 countries came together in Paris in 2015 to collaboratively address the escalating threats of global warming. Our commitment called for cutting our nation’s climate-warming greenhouse gas emissions by 26 to 28 percent by 2025. In aggregate, the climate treaty goal is to prevent global temperatures from rising more than 2 degrees Celsius above pre-industrial levels. Now, the USA—the second biggest carbon emitter after China—is one of only three countries not participating in the historic accord, and one of them, Nicaragua, chooses not to participate because it feels the accord is not strong enough.

Related: Now is the time to move on climate change

Innumerable people have voiced concern that this action will irreparably damage our country’s credibility and standing in the world. Even worse, it threatens humanity’s ability to solve the climate crisis in time to save our planet, if not for us, then for our children and grandchildren. Officials from around the world say that they will press for the climate agreement to be respected regardless of the American decision. Angela Merkel, chancellor of Germany, said, "This decision cannot and will not deter all of us who feel obligated to protect this earth. We will gather all our strength—in Germany, in Europe and in the world—to meet the great challenges of humanity, like climate change, and to successfully master these challenges.” French President Emmanuel Macron even invited American climate scientists to continue their work in France.

It’s a pretty depressing time to be an American, for sure. But then, something unexpected started to emerge, like a phoenix rising from the ashes, providing the glimmer of hope that we all need to keep moving forward. Governors and mayors, university presidents and chancellors, and lots of corporate CEOs came out quickly to say that, despite what the U.S. president might say or do, America was still committed to Paris. With all the momentum that righteous indignation can sow, strategies are starting to emerge that suggest our focus and energy should shift from the federal government to states and cities, to academia, to industry. I’d like to ask: What does this shift in strategy mean to the natural food industry? How does it want to engage?

Michael Bloomberg, former New York City mayor, announced that he is coordinating an effort that would continue to move the needle toward the Paris goals, despite what President Trump may say or do. To date, his group includes 30 mayors, 3 governors, more than 80 university presidents and 100 businesses. Representatives from these and other government and business groups are preparing to submit a plan to the United Nations pledging to meet the United States’ greenhouse gas emissions targets. As Bloomberg noted in a letter to António Guterres, the United Nations secretary-general, “The bulk of the decisions which drive U.S. climate action in the aggregate are made by cities, states, businesses and civil society. Collectively, these actors remain committed to the Paris accord.”

So, what are these decisions, and how do these actors plan to meet the Paris goals? Lots of examples of climate action commitments have been well covered in the media. Leaders of industry have stepped up to the plate, promising to continue with, and even strengthen, their sustainability initiatives with or without the White House’s support. From Facebook to Walt Disney and now even Exxon (until recently led by Rex Tillerson, Trump's secretary of state), businesses increasingly view sustainability as critical to their bottom line. The big focus is cutting carbon emissions by powering their company headquarters and global operations with clean and renewable energy. Last year, Apple reduced its carbon emissions by almost 585,000 tons. Walmart recently announced its plan to remove one gigaton of emissions from its supply chain by 2030. And of course, Tesla’s Elon Musk continues to build momentum in his electric car, battery and solar empire.

Cities and states are focused on carbon emission reductions too, including incenting local utilities to supply greater amounts of renewable energy like wind and solar, and further investments in rapid transit programs and more efficient wastewater treatment. Washington state, for example, has adopted a cap on carbon pollution and is investing in expanding clean energy jobs, and subsidizing electric car purchases and charging stations. If Texas were a country, it would be considered the fourth-biggest wind power provider in the world. California Gov. Jerry Brown is keenly focused on clean energy, including a high-speed rail line connecting San Francisco to Los Angeles and a fuel standard—not to mention clean air and clean water standards—that exceeds federal requirements. All of these activities are admirable. But let me ask you another question: California agriculture is a $43 billion dollar industry. In Washington state, it’s $11 billion. Is something explicitly missing from these lists of goals?

In order to stop and ultimately reverse global warming, two things need to occur. First, we need to stop putting the greenhouse gases that are warming our planet into the atmosphere. Since one of the biggest contributors is emissions that come from burning fossil fuels, all efforts to cap them are worthy and necessary. But we must also stop ignoring that conventional agriculture, from farm to table, contributes a big part of human-caused emissions, too.

Ploughing fields releases carbon dioxide from the soil into the air. Industrial livestock operations maintain huge numbers of animals on confined feed lots that are force-fed hay and oats as opposed to grasses that these animals would forage if allowed to free range. This results in the emission of large quantities of methane. Conventional farming uses fossil fuels to make fertilizers, and when those fertilizers are applied to soil, they disrupt a plant’s ability to process carbon from the atmosphere and build soil. Agriculture also involves land-use changes: monocrops replace biodiversity, forests are cut down, fragile grasslands turn to desserts. Fundamentally, too much of the carbon that was stored in the earth’s soil has been released through farming.

But the potential impacts of agriculture and energy strategies differ in a very important way: Evolving our food production to a more sustainable model not only curtails carbon emissions, but it addresses sequestration. We must not only cease putting carbon into the atmosphere, we must simultaneously pull it back into the soil where it belongs. Where it can do a lot of good. Increasing soil carbon (organic matter) positively impacts food security, water conservation and, yes, food quality. I’d like to suggest that there is no other industry more uniquely suited to ensure that this is included in our international climate dialog, and to demand a more ecological agriculture, than the natural food industry.

Frankly, agriculture has been the elephant in the environmental living room for far too long, and even the Paris accord scarcely mentions it. But 40 countries did come together (the USA was not a party) to sign a side agreement during the Paris talks that agreed to boost carbon sequestration in farmland by .4 percent per year. Known as the 4 per 1000 initiative, this carbon farming strategy does the math, concluding that if we just increased the amount of soil carbon in all the agricultural land around the world by .4 percent, so much carbon would be pulled out of the atmosphere that global warming would cease. That’s a big wow.

Recognizing the potential the natural food industry has to address climate change, more than 75 manufacturers, retailers, distributors and others have joined the newly launched Climate Collaborative, whose mission is to work together "to catalyze bold action, amplify the voice of business and promote sound policy to reverse climate change." This is excellent news. Identifying nine action areas, participating companies are asked to make commitments to as many areas as possible. Like other industries proactively addressing the Paris goals, shared action areas include energy efficiency, packaging, policy, renewable energy and transportation. But two areas are particularly unique to the food industry—forestry and agriculture—the very areas that address both emissions and sequestration. It’s time for the natural food industry to double down in these areas.

A number of leading natural food brands like Lundberg Family Farms, DeLallo, Lakewood Organic Juice, The Republic of Tea, Natural Nectar and more than 20 more, have brought Biodynamic® products to the national marketplace, in advance of broad consumer awareness. These forward-thinking leaders have made this investment because they understand that in doing so, they are supporting the adoption of biodynamic farming—the original regenerative organic agriculture standard that has been practiced around the world for more than 90 years. We are grateful for their early and passionate advocacy.

This is just the beginning. After Paris, there is lots of focus on energy. But let’s not forget about the farm.  We can curb carbon emissions, but we must push at least as hard for sequestration. We can’t successfully address climate change if we don’t change the way we farm. The natural food industry needs to be the leader here. Anything less is just not going to get us there.

Elizabeth Candelario is managing director of Demeter, a not-for-profit incorporated in 1985 with the mission to enable people to farm successfully, in accordance with Biodynamic® practices and principles. Demeter’s vision is to heal the planet through agriculture.