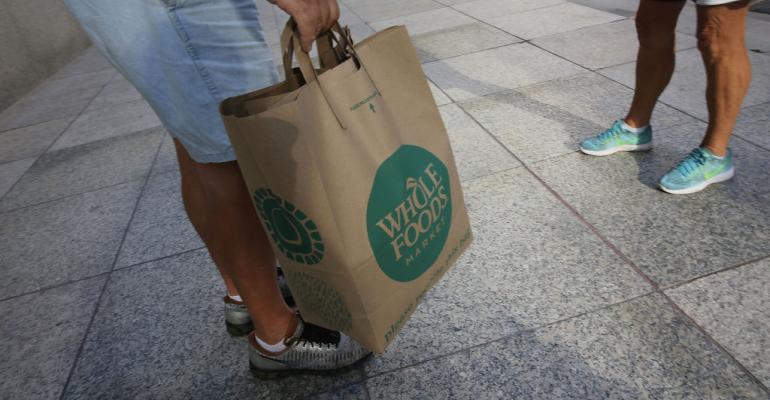 With the announcement that Amazon is buying Whole Foods, the natural products industry woke up Friday to a new world with a swirling cloud of new challenges and opportunities. There is no shortage of questions in the initial shock and wow, but the biggest of them is probably whether that cloud is dark or has a silver lining.

Investment Banker Rodney Clark at Aspect Consumer Partners called the announcement the biggest news he’s seen in 25 years of coordinating mergers and acquisitions in the natural products space. “There’s just so many levels at which you can analyze this deal. It’s tough to just wrap your mind around it,” Clark said, describing the possible ramifications as a Rubik’s cube that shows a new set of effects and implications with every twist.

Related: Surprising Amazon-Whole Foods deal raises many questions about the future of both

Indeed, Amazon’s announcement that it intends to buy the 465-store chain for $13.7 billion could impact brands, brokers, distributors, independent retailers, entrepreneurs and, probably most importantly, price across every platform.

Ryan Caldbeck, founder of the CircleUp investment platform, said the entire industry has to look at how it does business. The deal, he said, "puts pressure on the rest of the industry to think about their strategic positioning in a truly omni-channel world."

“The lines between offline and online are blurring, but if anything this is validation that the offline is still highly important,” Caldbeck added.

Mike Lee, founder and CEO at Studio Industries, a food-oriented design firm, believes those blurring lines will be a boon to consumers. "For ages we've had to adapt our shopping habits around the way grocery stores are engineered. What Amazon did was make the retail experience adapt to people's needs and wants," Lee wrote. "So when you combine Amazon, the leader in personalized commerce and swift product distribution, with Whole Foods, the store that led the charge toward better for you food, it's a landmark moment in the evolution of how society will eventually access their food."

Trade association heads called the effects wide ranging. "For investors, this will likely trigger that the marketplace is still undervalued, and opportunities for growth of other green/natural/organic in-house brands are significant," Natural Products Association Executive Director Dan Fabricant said in an email.

United Natural Products Alliance President Loren Israelsen called the Whole Foods acquisition "a potential game changer." Israelsen said it will be interesting to watch whether "they understand the brand value of Whole Foods."

Diluting the Whole Foods' brand could have major effects on the future direction of the industry as natural melds with mainstream. The chain’s reach and reputation has set it up as a standard maker for the industry, as evidenced by reaction to the 2013 announcement that by 2018, all products in its stores containing GMO ingredients will have to be labeled.

“I am wondering how they will associate Amazon with Whole Foods in some fashion, or leave Whole Foods as a standalone brand and use their behind-the-scenes capabilities to expand the access to natural foods," Israelsen said.

Not everybody worries that Amazon will alter the Whole Foods mission.

“As somebody who’s benefitted from their Local Producer Loan Program, I’ve seen those values firsthand,” said Iowa farmer Andrew Pittz, who got help from the grocery chain launching his organic aronia berry ingredient. He doesn’t see the loan program disappearing, ever. “I can’t imagine that happening because the interest level Amazon is displaying in Whole Foods Market with a $13.7 billion offer is because Whole Foods Market has always been a visionary company in conscious eating and conscious business.”

And as big as the deal is, it’s still possible to overstate the impact, said Alan Lewis, director of food and agricultural policy for Natural Grocers.

Lewis believes people who think the retail landscape and consumer habits will change radically may not be looking at the historical arc. He observed that iconic A&P grocery chain had 16,000 stores and offered one hour delivery in 1930. "It kind of looks like things are changing, but it’s kind of going back to the way things were," Lewis said.

That the new paradigm talk is premature is evidenced in the numbers and deep cultural habits that may not change so quickly, Lewis maintained. He estimates the combined Amazon and Whole Foods footprint in the $700 billion grocery universe at a comparatively small $20 billion and said that Amazon’s big data analytic expertise may not match up with natural channel shoppers. "There’s nothing general or average about our consumers," Lewis said, observing that Amazon is effectively trying to overlay their model on "a system and a culture that’s not really going to want to cooperate with them."

Megafood CEO Robert Craven, perhaps the natural channel's biggest champion in supplements, takes a similar view that the acquisition may not do much to change the big picture. "This transaction proves that the reported demise of natural brick-and-mortar retail is vastly overstated,” he said.

Below that big picture, however, the effects are undoubtedly profound. Many brands will have to build new strategies or alter their entire business model.

SmartyPants Vitamins co-founder Courtney Nichols Gould has built a business model that’s pinned closely to Amazon, and following the online giant’s ever-shifting price and policy picture has been a primary focus since the brand launched. Still, Nichols Gould said she is having a hard time gauging how much all that experience and expertise will help her brand. "At least we’ve been paranoid about it," Nichols Gould said, describing how the team has pondered whether a deal was in the works. "I feel for the companies that have to pivot without as intimate an understanding of how things work."

It’s too early to call out the biggest effects of the deal, but Nichols-Gould points to pricing as a major concern. "You’ve got a player in our market that’s 15 percent of the revenue determining the price for 100 percent of the people." The play between online and in-store for the Amazon-Whole Foods empire will be interesting enough—“They may let [the price] be 10 percent more in the store, but they’re not going to let it be 30 percent more expensive"—but independents and other channels will have to look at how they build out their price structures too.

Nichols Gould used Amazon to build her brand, but brands at the entrepreneur stage may suffer the most without the Whole Foods boost, Clark said.

"Who is the incubator now?" Clark asked. "What happens to the small brand that gets into Whole Foods and is using Whole Foods' reputation to get notice and build their natural and organic cred?"

That new set of challenges creates what could be the biggest challenge of all for new brands, Clark said. The investment community is still absorbing the news, but he said he would not be surprised if capital becomes at least temporarily harder to come by. "'What’s your Whole Foods exposure' is going to be the question that floats to the top of the diligence list," Clark said.

But that’s just one square on the Rubik’s Cube. Throw a rock, or maybe that cube, into a pond, Clark said, and "the concentric rings that flow out from that reach every shore in the industry."

TAGS: Retailer and Distributor
0 comments
Hide comments
Related
Future shop: Digital presence in and out of the grocery aisle
Jan 14, 2017