HomeNewsCongresswoman from Utah steps up as co-chair of dietary supplement caucus
Recent
Latest
Getting ready for 2023: Trends for brands to consider
May 17, 2022
EXPO VIDEO: How did a young sparkling water brand get licensing deals with Marvel and Disney?
May 16, 2022
Beyond Meat's product launches lower Q1 profits
May 16, 2022
Sponsored Content
Exploring the CBD gummy revolution – article
Trending
Debra Stark’s light shines bright on natural products industry
May 10, 2022
Unboxed: 7 plant-forward ice creams to stock this summer
May 10, 2022
Hemp CBD industry struggles so far in 2022
May 10, 2022
Monitor: Consumer research on collagen shows how much education is needed
May 12, 2022 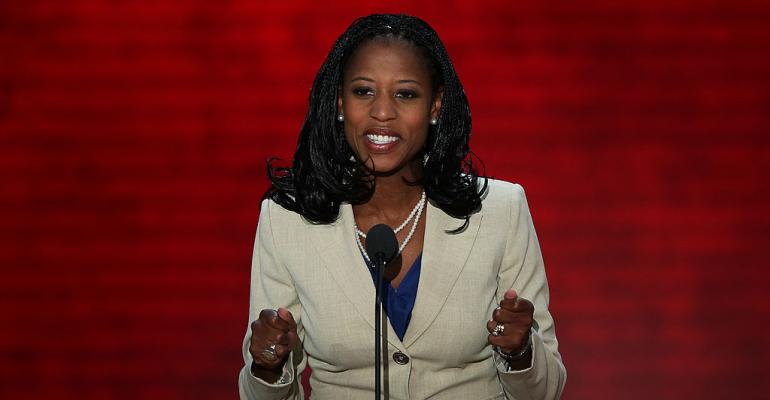 In a move that could help to soften the blow to industry, Rep. Mia Love (R-Utah) has stepped up to assume a leadership role in Congress that Chaffetz previously held: co-chair of the Congressional Dietary Supplement Caucus (DSC). Jason Chaffetz, a Republican from Utah, retired from Congress in June and is now a contributor to Fox News.

Established in 2006, the 32-member DSC plays an important role in raising the profile of the US$41 billion dietary supplement industry. As a bipartisan congressional group of legislators, the DSC fosters discussions among lawmakers about the benefits of dietary supplements, according to the American Herbal Products Association (AHPA), Council for Responsible Nutrition (CRN), Consumer Healthcare Products Association (CHPA) and United Natural Products Alliance (UNPA).

The DSC also provides insights and tips for better health and wellness, and it promotes research about the health care cost savings that supplements provide, the four trade groups noted in a joint press release announcing Love’s new leadership position.

Mike Greene, senior vice president of government relations with CRN, described the DSC as a forum for members of Congress who have an interest in dietary supplements.

Greene explained industry can take issues of importance to the caucus, such as legislation that would enable individuals on the Supplemental Nutrition Assistance Program (SNAP) to purchase multivitamins with their benefits. Rep. Mike Rogers (R-Michigan) is expected to introduce such a bill in the early fall, and industry representatives are working to secure co-sponsors on the legislation.

“I’m excited to begin work on behalf of the more 68 percent of Americans who take dietary supplements every year," Love said in a statement. “The industry is also a crucial part of Utah’s economy. Not only do dietary supplement companies provide jobs and opportunities in my state, they give consumers the opportunity to make educated choices to fill critical nutrient gaps and achieve better health."

Industry trade associations said they are looking forward to working with Love.

Loren Israelsen, president of UNPA in Salt Lake City, observed his organization “is thrilled that Rep. Love is taking on this important new leadership role.

Commenting on Love’s new role, Greene remarked, “She brings a fresh perspective and an interest in … dietary supplement issues, so we’re really excited about this."

Greene said industry trade groups collaborated in searching for a new member of Congress to replace Chaffetz as co-chair of the DSC. He noted the work of several trade groups on Capitol Hill, including the Natural Products Association (NPA), UNPA and CRN’s collaboration with AHPA during its lobby day.

“We may all have separate interests," Greene acknowledged in an interview, “but when it comes to the supplement caucus, we all care about it."