HomeNewsIs consumer concern over glyphosate at a tipping point?
Recent
Latest
4 tips to get ahead of chemical concerns in packaging
May 20, 2022
7 CBD favorites in the increasingly popular gummies format
May 20, 2022
Mission MightyMe helps parents introduce allergens to babies
May 20, 2022
UNFI's Eric Dorne to step down as chief operating officer
May 20, 2022
Trending
Whole Foods' honors 30 companies with 10th annual Supplier Awards
May 18, 2022
Getting ready for 2023: Trends for brands to consider
May 17, 2022
Sponsored Content
The rise of sustainable business – eGuide
Sponsored Content
Natural beauty market trends
Jun 16, 2021

Is consumer concern over glyphosate at a tipping point? 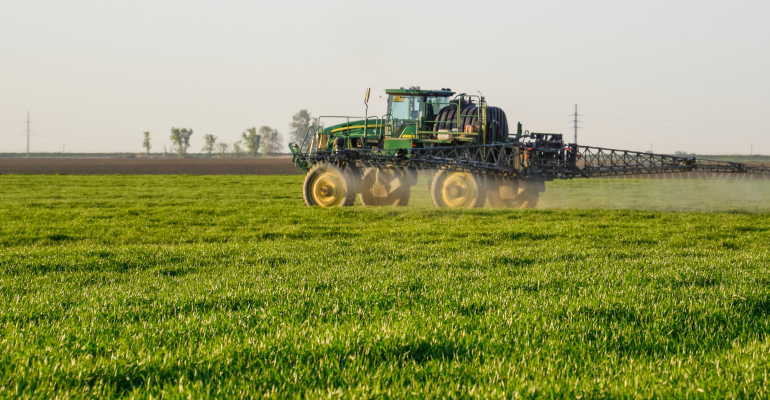 With news of beloved healthy brands' products suffering glyphosate contamination, food and beverage companies prepare for a deluge of increased consumer unease about pesticides in products.

Consumers are starting to push back against the most ubiquitous herbicide in the United States, glyphosate, the active ingredient in Monsanto’s flagship weed killer Roundup. Recent news of glyphosate’s potential carcinogenicity when chronically used and its omnipresence in both natural and conventional food products has sparked some consumers to seriously question if they're eating dangerous levels of the herbicide.

On Aug. 15, the Environmental Working Group released a damning, much-publicized study that found higher-than-comfortable levels of glyphosate in breakfast products. Oats were particularly targeted. According to the study, glyphosate was found in all but two of 45 samples of products made with conventionally grown oats. About one-third of 16 samples made with organically grown oats also tested positive for glyphosate but at levels well below the EWG’s health benchmark (which is more stringent than the Environmental Protection Agency’s benchmark.)

Following the study’s publication, numerous brands—regardless if their products were tested in the EWG glyphosate report—saw increased consumer concern, especially regarding products that contain oats.

“We have seen increased inquiries from concerned consumers, and frankly we were a little surprised at the immediacy of the response,” he said. “It hasn’t been a huge number yet but we expect it to grow as the media attention increases.”

Sparked by rumors that countries such as Taiwan would start to discourage glyphosate use, Aussie has been working to improve his oat supply for more than two years. He has a unique agreement with Earnest Eats’ farmer suppliers that prohibits them from using glyphosate on their oat crops. Additionally, Aussie requires the oats that end up in his products be tested post-harvest for residue as well.

This approach allows Aussie to easily ensure his core shoppers that Earnest Eats’ oats are free from glyphosate. “There’s been a lot of noise in the media around glyphosate—Is it safe? Is it not?—but either way, we were, and still are, fundamentally determined to choose the route without it,” he says. “This is something that we think the natural foods industry does best, which is to try to be at the forefront of doing the right, safest and best things for consumers and the planet.”

Some brands identified in the EWG study whose products were found to contain glyphosate have already been targeted by litigation. In response to a lawsuit that was filed in 2016 by the Organic Consumers Association, Moms Across America and Beyond Pesticides, General Mills recently announced it would remove the term “100% Natural” from its Nature Valley bars. According to the complaint, tests revealed that Nature Valley bars contained 0.45 parts per million of glyphosate—likely contaminated from the common practice of spraying glyphosate on harvested crops as a desiccant.

It sounds ominous. But whether the class action lawsuit will provide any lasting harm to Bob’s Red Mill is almost besides the point.

Tim Avila, founder of Systems Bioscience and natural industry adviser, says brands shouldn’t worry so much about being sued. They should worry about losing the trust of their consumers—and that alone should be reason to test their products for glyphosate.

“This is going to be a brand-by-brand issue … because trust is based on truth, not just transparency or alleged transparency. If you’re not truly truthful with what could be in your product with consumers, it’s going to come to light in the end,” Avila says. “Once a few brands start testing, consumers will start asking how insidious and persistent is glyphosate really?”

To convince consumers that their products are free from the herbicide, some companies seek verification from The Detox Project’s Glyphosate Residue Free certification. Designed specifically to test finished products for glyphosate contamination, founder Henry Rowlands says since the EWG study he has received a massive rise in inquiries from manufacturers ranging from makers of baby food to honey to supplements regarding the Glyphosate Residue Free certification. “So far we have 15 brands from around the world fully certified, but over 100 brands have been in touch with us during the last two weeks,” he says.

One of those 15 brands? Foodstirs, an organic baking mix company spearheaded by Sarah Michelle Gellar, Galit Laibow and Greg Fleishman, recently certified about 90 percent of its product portfolio, including its new line of Chewy Oat Bar Mixes. While the Glyphosate Residue Free certification is notoriously stringent to pass, Fleishman says that because Foodstirs prioritizes USDA Organic, Identity Preserved and Demeter USA ingredients, the products passed on the first test.

“This certification is a dream come true," says Fleishman, who in 1996 led an initiative with Kashi to test its products for pesticides. "If your product is organic, biodynamic, non-GMO and identity preserved, it's virtually guaranteed to be free from glyphosate—but these certifications are all agricultural practices.”

The Glyphosate Residue Free certification tests food straight out of the box, which offers consumers security and brands assurance that their co-packer didn’t accidentally add conventional ingredients to an organic product—a problem that Fleishman says is more common than many might believe.

"The certification represents a diligence that you're keeping your supply chain clean, and that you have control over it," he adds. "The beautiful thing about The Detox Project is that it’ll work with brands to identify which raw materials are the offenders if your product has traces of glyphosate, and then it'll help you work with different suppliers."

For Earnest Eats’ Aussie, the widespread media attention about glyphosate in oats is ultimately positive because it’s helping people connect the dots that glyphosate is the scientific name for the branded weed killer from Monsanto. It has raised awareness about the rampant use of pesticides in certain types of agriculture that extend beyond just weed suppression.

“I think this link is starting to drive home the potential toxicity implications, whereas previously the term glyphosate was somewhat vague and consumers didn’t really care about it because they didn’t know what it was,” says Aussie. “The kitchen logic is obvious—the chemical you’re using to kill the weeds in your yard is probably not the best thing to have in your food.”

Which breakfast foods have the most (and the least) glyphosate residue?
Aug 22, 2018