COP27: Finally, the food system might change for the better 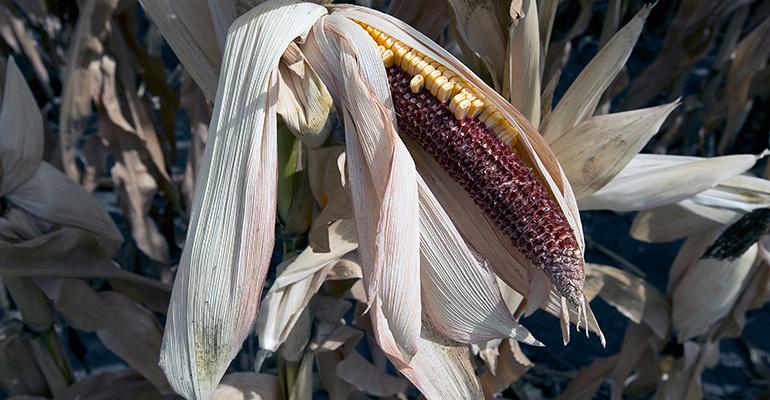 This year, that finally changed.

COP27, as the conference is known, featured several food and agriculture pavilions dedicated to increasing awareness of the relationship between food and climate change. In 2021, as many as 828 million people experienced hunger—a 22% increase since 2019, according to the United Nations State of Food Security and Nutrition Report. In addition, nearly 30% of the world's people were moderately or severely food insecure last year, Clean Technica reported.

The system must be completely overhauled to become truly equitable. That means paying farmers enough to make ends meet and ensuring consumers can afford food. If we don't mitigate climate change, food will continue to become more expensive and both farmers and consumers will suffer.

One way to reduce hunger is to bring beans and legumes to the center of more consumers' plates. While beans are a sustainable alternative to animal proteins, they also contain carbohydrates, vitamins and minerals. In addition, beans have a low carbon footprint: Per kilogram (2.2 pounds), beans produce just 2 metric tons of carbon dioxide, while beef produces 27 metric tons of the greenhouse gas, according to GreenEatz.com.

Reducing food waste is another way to reduce greenhouse gas emissions. The WWF, a conservation organization, says food waste is responsible for about 10% of global greenhouse gas emissions—four times as much as the global airline industry creates.  The food we lose on farms alone could feed the world’s undernourished population almost four times over," according to the organization.

“We can phase out fossil fuels, but we can’t phase out food, so we have to transform food systems,” said João Campari, global leader of food practice at the WWF. “We’re today where energy was 30 years ago, yet we don’t have 30 years to make the change.”

It's only been 14 months since last year's Food Systems Summit, but food systems penetrated this year's COP27. For the first time, heads of state and delegates spent an entire day of negotiations focusing on agriculture. Next, they'll need to discuss emission throughout the food chain.

The dedicated conversation on food and agriculture in five COP pavilions is also a significant move.

“[It] acknowledges that without transformations of food systems, which account for approximately one-third of global greenhouse gas emissions and the vast majority of biodiversity loss, we will be unable to achieve a stable climate, feed people and save biodiversity,” says Deborah Bossio, lead scientist for food systems at The Nature Conservancy.

“If we really want to stop climate change, we have to stop the farming of animals,” said Josh Tetrick, host of the dinner and chief executive of the “slaughter-free” Bay Area meat company Good Meat. Of the lab-grown meat, he said, “This lets us enjoy real meat without the issues.”

Lab-cultured meat was one proposal offered at COP27 to reduce the food industry's gigantic carbon footprint. But it wasn't the only one: sustainable, plant-based meat and a large gene bank that focuses on climate-resilient seeds were among the others.

Any discussion of food systems is a notable move at a United Nations Climate Change Conference.

“No one is more vulnerable to climate change than the world’s farmers, and I firmly believe no one can do more about it in a shorter space of time than the world’s farmers can,” said Theo de Jager, a macadamia-nut farmer in South Africa and the former head of the World Farmers’ Organization. “How could anyone have ever considered not talking about it?”

As COP27 comes to a close, agriculture initiatives are top priority

Agriculture Innovation Mission for Climate, an $8 billion initiative launched a year ago, addresses climate change through the use of artificial intelligence, nanotechnology and robotics. Of those funds, $1 billion will be dedicated to advancing small-holder farmers' access to technology.

Not everyone agrees with the initiative, however. The International Coalition on Climate and Agriculture calls the move a distraction from the bigger issue.

“Agritech and the industrial agribusiness model it furthers are not a solution to the climate crisis, but rather a significant part of the problem,” Andrew Kimbrell, ICCA co-founder, said in a news release.

A group of 14 agricultural commodity companies announced a plan to end deforestation by 2025. Forests are often cleared for the production of palm oil, beef, cacao and soy. Because trees sequester carbon, removing them for cattle grazing both reduces the amount of atmospheric carbon captured and increases emissions of greenhouse gases. Companies involved include Cargill, Archer Daniels Midland and JBS.

However, critics say the timeline is too slow and the plan allows too many loopholes to be effective.

More than one path for brands to create climate-friendly foods
Oct 25, 2022