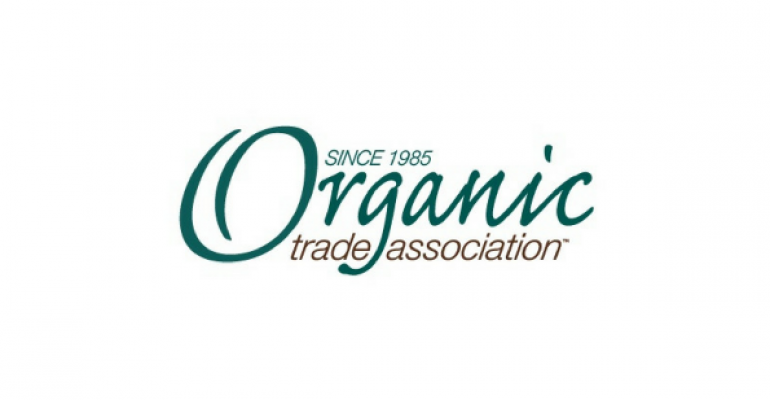 "The court has recognized the harm to organic producers, to organic businesses, and to the integrity of the Organic seal that the USDA's arbitrary and capricious stance against this important organic standard has already had, and the potential for even greater damage," said Laura Batcha, CEO and Executive Director of the Organic Trade Association. "Our case will now advance. We are confident our case is strong and we look forward to winning this legal battle to uphold organic standards."

In its ruling, the Court rejected USDA's arguments that the case against the rule's withdrawal should be dismissed, saying "the OLPP (Organic Livestock and Poultry Practices) Withdrawal Rule drops the baseline for USDA certification and alters the regulatory landscape to the detriment of OTA's members. Just as OTA's members would have had standing to challenge any rollbacks of USDA's organic certification program before the Final OLPP Rule, so too they have standing now to challenge rollbacks of the USDA's certification program as constituted after the Final OLPP Rule."

In its lawsuit, the Organic Trade Association also argued that the USDA violated the Organic Foods Production Act by failing to consult with the National Organic Standards Board. In refusing to dismiss this argument, the court said, "The Final OLPP Rule was the largest and most important organic rule promulgated since the 2010 Access to Pasture Rule and USDA consulted over its development with the Board. As such, ... § 6503 may have required USDA to consult on a timely basis with the National Organic Standards Board before finalizing the OLPP Withdrawal Rule, which is similarly large and important."

"It's been almost two years since we stood up on behalf of the entire organic sector to protect organic integrity, advance animal welfare, and demand the government keep up with the industry and the consumer in setting organic standards. We will continue to insist that organic standards be robust, consistent and clear in order to stay meaningful," said Batcha.

The court vacated an order calling for oral argument on the motion and chose to rule solely on the pleadings to advance the case.

The USDA in March of 2018 withdrew the final Organic Livestock and Poultry Practices (OLPP) regulation, which was to go into effect in May. The agency contends that the Organic Food and Production Act (OFPA) does not give the National Organic Program the authority to regulate animal welfare. The Organic Trade Association is arguing that this claim is a radically different view from any administration since the adoption of the National Organic Program, and one that cannot be legally supported.