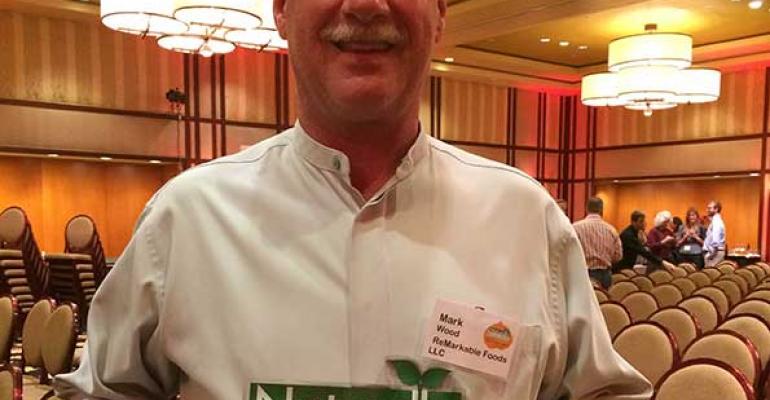 An entrepreneur who turned excess fruit from his backyard apple trees into a crunchy, tasty snack won over the crowd and the j 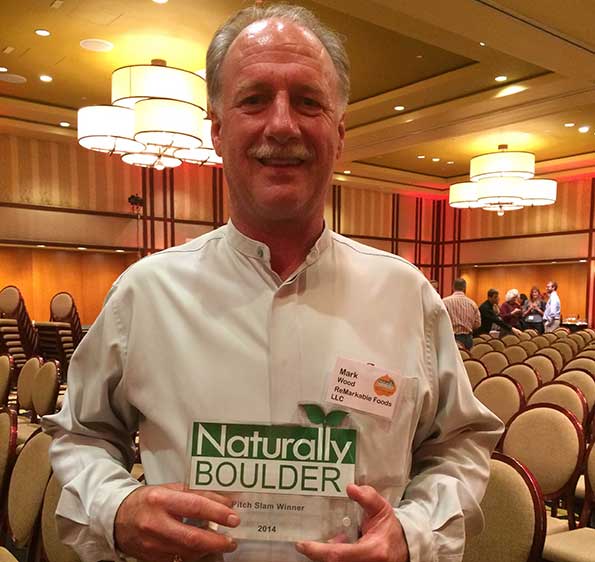 Even more than the snack itself, it may have been the way that Mark Woods and his company, Remarkable Foods LLC, take on issues like healthy food accessibility, cost and environmental concerns that made his pitch a crowd favorite.

Naturally Boulder’s annual pitch slam gives 25 young natural companies the chance to win a package of business services that includes a booth at Natural Products Expo West 2015. This year, a panel of four former winners-turned-judges whittled down the group to five finalists who then pitched their companies to the full audience that gathered for Naturally Boulder’s autumn award ceremony Wednesday night.

But in the end it was Remarkable Foods’ Appleooz apple chips that took the top prize. Woods explained that although dried apples aren’t exactly a novel idea, he came up with a method of soaking apples in juice, seasoning them and dehydrating them for an extended period of time so that they become crunchy, instead of soft and chewy like traditional dried apples.

He sells the snack in several Boulder, Colorado-area health food stores and at-cost to Boulder Valley School District, which provides them to students as a healthier snack option than potato chips or sugary snacks. Wood said he also works with local distributors to buy their imperfect apples, and composts or recycles 95 percent of the waste the company generates.