A different tone in the echo chamber 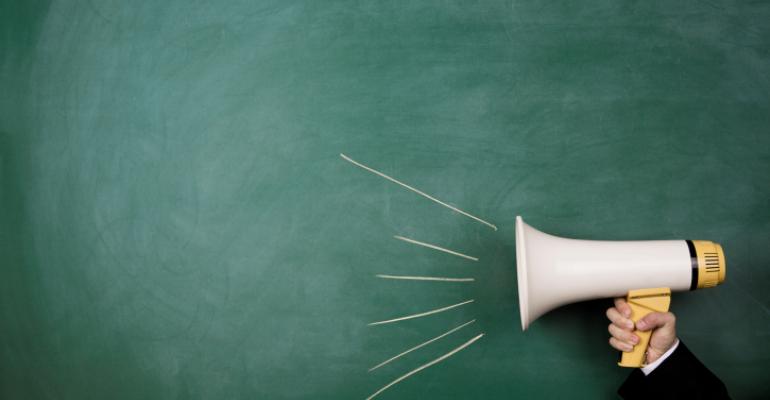 A Tuesday New Yorker article repeats many of the same charges made by the industry against the DNA bar coding used by New York prosecutors in last week&#39;s herbal supplement recall. Can an influential publication change the conversation?

The mantra in the supplement industry has always been that its counterargument never makes the front page. The bad news of a negative study might get the above-the-fold headlines, but problems with that study flounder in the B section.

If they get written up at all.

In the case of the New York Attorney General’s recall order last week, the mantra might be wrong. 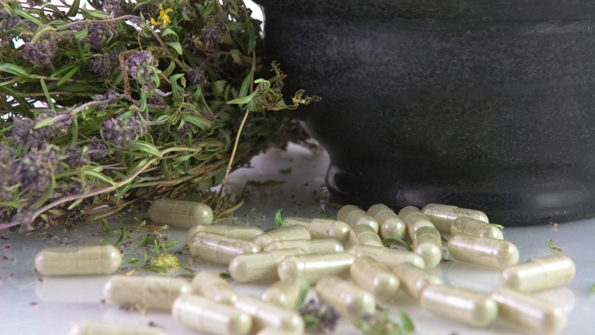 On Tuesday, the New Yorker, a cornerstone of American journalism, used the headline “How Not to Test a Dietary Supplement” and went on to explain what was wrong with DNA bar coding technique used by New York investigators in last week’s massive herbal supplement recall. In the far-from-sensationalist New Yorker, a headline like that, so soon after the event, is the equivalent of cannon fire.

Cannon fire that could echo across the news industry.

The New York investigation was reportedly sparked by a 2013 New York Times story that reported results of the same testing technique and made the same charge that the supplements do not contain the ingredients on the label. Last week, when much of the mainstream media jumped to follow the Times’ recall coverage, NPA Director Dan Fabricant and UNPA President Loren Israelsen both told me they did not expect to see any follow-up stories questioning the validity of tests.

A search of the nytimes.com site today proves them right. New Hope explained what was wrong with the DNA bar coding technique the day news of the recall broke. We also reported that the FDA declared the technique invalid for extracts a year ago. But three days after reporting the recall, the Times editorial board concluded that the investigation proves “stronger oversight is needed” and wrote off the industry questioning in one paragraph with “this investigation may well prove that claim hollow.” The only story published by the Times explaining why the test results may be misleading came from the Associated Press with the headline “Supplement Industry Derides NY Attorney General’s DNA Tests,” dated Feb. 8.

It certainly wasn’t on the front page. The Times reporting staff was clearly not involved.

That follows the no-good-news mantra mold, but the New Yorker article could change the storyline.

Journalists read the New Yorker, often following the stories with their own coverage. It’s not only cases like New Yorker writer Seymore Hersh breaking the 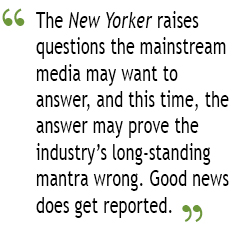 Abu Ghraib story in 2004. There are examples in the natural products industry as well. A 2013 “Crickets for Lunch” story is widely cited as sparking media interest in edible insects, something that gave credibility to companies now selling cricket bars. In November, the magazine published “What’s So Bad About Gluten?” questioning the gluten-free movement, and Time magazine and The Today Show offered similar coverage within weeks.

So the New Yorker raises questions the mainstream media may want to answer, and this time, the answers may prove the industry’s long-standing mantra wrong. Good news does get reported.

And bad science can get shot down.