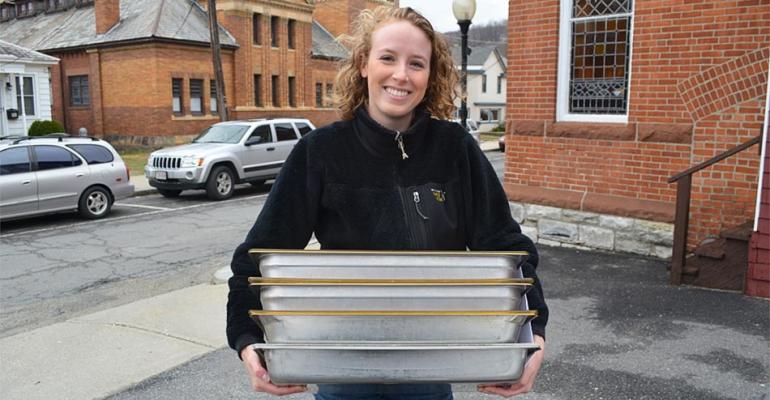 The Food Recovery Network, founded by a trio of University of Maryland students, now has roughly ninty-five chapters across the United States, including Puerto Rico. Their mission? End food waste.&nbsp;

Fortunately, todayâ€™s college kids, just like generations before them, still notice and act on the injustices they may encounter. Case in point: a trio of University of Maryland students who noticed trays of warm, healthy uneaten food going to waste in their campus dining halls every night while nearby shelters struggled to feed the hungry and said, â€œWe can do better.â€

Thus, the Food Recovery Network was born in September 2011. Today, two of the three founders, Ben Simon and Mia Zavalij, are still with the organization, and its presence has spread to roughly ninety-five chapters across the United States, including Puerto Rico. To date, Food Recovery Network has recovered more than 420,000 pounds of food that would have otherwise rotted in a landfill.

â€œNationally, about 40 percent of all food gets wasted,â€ Autumn Rauchwerk, Food Recovery Networkâ€™s Director of Expansion, tellsÂ Organic Connections. â€œThat includes the food thatâ€™s left on peopleâ€™s plates, what goes to waste on farms, as well as surplus unsold food. Of that surplus food, 97 percent is completely thrown away, with the other 3 percent being either composted or recovered. We donâ€™t have precise numbers for campuses, but itâ€™s comparable.â€

With so much perfectly good, ready-to-eat food going to waste in colleges everywhere, the goal of the Food Recovery Network, as its name suggests, is to get students on as many campuses as possible involved in bringing this surplus food to people who need it.

â€œWe mentor students through the process of starting a food recovery program on their campus,â€ Rauchwerk explains. â€œThen the students are the ones who do the actual food recovery.â€

â€œIn a dining hall scenario, it normally happens around 8:00 p.m. to 9:00 p.m. after the dinner shift is over,â€ Rauchwerk says. â€œAbout three to six students will come into the dining hall and repackage the food that was prepared but not served or sold that day into aluminum trays or reusable containers. They will make sure the food has been kept at the proper temperature, weigh the food, record the types and quantities, and then place all the packages into a clean transport vehicle. Then they take it to an agency they partner with that fights hunger in the community, whether it be a shelter, a church, a transitional home or something like that. The partner agency will either heat and serve the food immediately or refrigerate and freeze it for later use.

â€œThe food that comes from the dining halls generally ranges from pasta and vegetable dishes to meat dishes, salads, dessertsâ€”anything like that,â€ Rauchwerk continues. â€œA lot of our students get baked goods and sandwiches as well. Sometimes they â€˜glean,â€™ which means they get fresh produce from a farm, a farmersâ€™ market or a garden that otherwise would have gone to waste.â€

A big reason so much restaurant-quality food goes to landfills each year is the persistent fear from vendors that they can be held liable for consequences (such as food poisoning) arising as a result of any food they give away.

In actuality, Rauchwerk says, this is largely a false concern. â€œThereâ€™s something called the Bill Emerson Good Samaritan Food Donation Act,â€ she explains. â€œThis is national legislation that protects all good-faith donors from any liability when theyâ€™re donating food, as long as the food was prepared in an industrial kitchen and is being donated to a nonprofit agency.

â€œBut the act only went into effect in 1996, and even now a lot of companies donâ€™t know about it,â€ Rauchwerk adds.

Considering what Food Recovery Network has managed to accomplish since setting up shop in September 2011, there is reason to be optimistic for both goals.