HomeNewsThe future of supplements
Recent
Latest
Sponsored Content
The goodness wrapped in a certified organic seal – video
Podcast: What brands need to get on shelf at Fresh Thyme Market
May 24, 2022
Natural Habitats releases Palm Positive+, A Reference Guide
May 24, 2022
The Planting Hope Company aims to prove gender equity leads to success
May 23, 2022
Trending
Whole Foods' honors 30 companies with 10th annual Supplier Awards
May 18, 2022
Getting ready for 2023: Trends for brands to consider
May 17, 2022
6 tips to promote consumer understanding of Certified Organic
May 18, 2022
Natural beauty market trends
Jun 16, 2021

The future of supplements 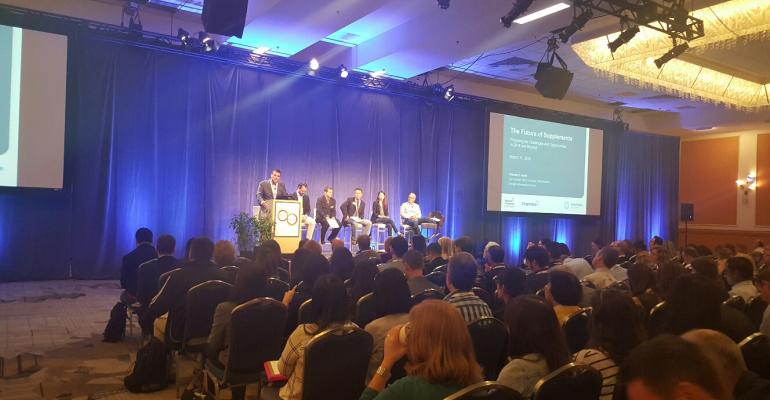 Polito’s statement was in reference to the fact that some of the industry’s most notable growth was in segments most vehemently targeted by mainstream media. For instance, against an overall growth in supplements of 6.2 percent, herbs & botanicals—the target of the New York attorney general investigation—grew at 7.7 percent. Sports nutrition—despite being a category Polito characterized as “lurching from one scandal to another”—grew at a startling 11.6 percent.

These numbers and Hood’s recap of recent mergers and acquisitions—what he called “an important component of the industry, an affirmation of the industry”—provided foundation-building look back.

Here are some key forward-looking points from the presentation:

This story was modified to clarify that the session occurred at Natural Products Expo West in March 2016.
TAGS: News
0 comments
Hide comments
Related