HomeNewsHain Celestial names Mark L. Schiller as new chief executive officer
Recent
Latest
4 tips to get ahead of chemical concerns in packaging
May 20, 2022
7 CBD favorites in the increasingly popular gummies format
May 20, 2022
Mission MightyMe helps parents introduce allergens to babies
May 20, 2022
UNFI's Eric Dorne to step down as chief operating officer
May 20, 2022
Trending
Whole Foods' honors 30 companies with 10th annual Supplier Awards
May 18, 2022
Sponsored Content
The rise of sustainable business – eGuide
Sponsored Content
Getting ready for 2023: Trends for brands to consider
May 17, 2022
Sponsored Content
Unboxed: 7 plant-forward ice creams to stock this summer
May 10, 2022

Next week, the veteran packaged food executive will take the reins from retiring founder Irwin Simon.

Schiller takes over as president and CEO of the corporation effective Nov. 5. At the annual shareholder’s meeting on Dec. 5, he will be nominated as a director.

Schiller has served in various executive positions at Pinnacle Foods Corporation since 2010, most recently as chief commercial officer. While at Pinnacle, he orchestrated a multi-year turnaround that resulted in record market share gains, sales growth, gross margin and profit growth, according to Hain Celestial. 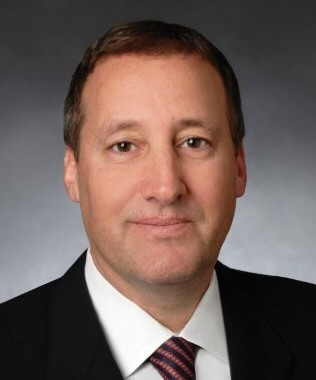 “I am proud of what we accomplished during my eight years at Pinnacle Foods, and believe in driving continuous operational improvements while making disciplined investments in innovation and brand building to achieve success at Hain Celestial,” Schiller said. “I look forward to working with the team as we build upon the Company's strong foundation and take Hain Celestial's business to the next level of growth.”

He also spent nearly eight years as an executive at PepsiCo and 11 years in numerous roles at Quaker Oats, according to his LinkedIn page. He earned his MBA at Columbia Business School in New York, New York, and has a bachelor’s degree from Tulane University in New Orleans, Louisiana.

“Mark is a highly accomplished consumer packaged foods executive with an impressive track record of reinvigorating growth and improving margins for many iconic brands. Under Mark's leadership, Hain Celestial will accelerate its business transformation through the execution of our four-point strategic plan investing in top brands and capabilities to grow globally,” said Andrew R. Heyer, Hain Celestial’s lead director in a released statement.

Irwin D. Simon, the founder, president and CEO of Hain Celestial, announced on June 25 his intent to retire. He will continue as the non-executive chairman of the board As Schiller transitions into his position. Twenty-five years ago, when he founded the company, he wanted to change the way the world eats by focusing on organic, natural and better-for-you products, he previously said in a released statement.

On Monday, Simon issued an endorsement of Schiller, saying, “I am confident he can lead Hain Celestial in its next phase of growth to generate value for all of our stakeholders. His disciplined management style, entrepreneurial spirit and relentless passion for profitable growth will serve Hain Celestial well as our team works to further advance our strategic objectives.”

Hain Celestial is scheduled to release its earnings for the first quarter of fiscal 2019 on Nov. 8. In fiscal 2018, the company saw same-store sales increase 5 percent to $2.46 billion, and net income increased to $82.4 million.