HomeNewsInvestmentJustin's: We aren't selling out; Hormel is buying in
Recent
Latest
Sponsored Content
How brands can get their trade spend under control – article
Sponsored Content
Going organic lifts everyone up – video
6 natural brands partner with UNSTUCK on new product line to aid refugees
Jun 23, 2022
Sponsored Content
The power of organic messaging – download
Trending
Getting ready for 2023: Trends for brands to consider
May 17, 2022
Unboxed: 7 clean collagen powders with a twist
Jun 21, 2022
12 brands marketing positivity, kindness and joy
Jun 17, 2022
Coca-Cola axes Honest Tea, but its founders are just getting started
Jun 07, 2022

Justin's: We aren't selling out; Hormel is buying in 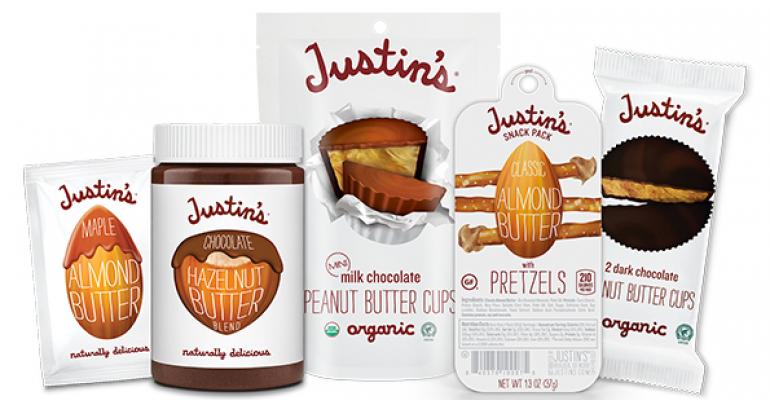 One of Boulder’s most prominent natural products success stories is joining the Big Food ranks.

While the logic may not at first seem obvious, nut butter company Justin’s points to Hormel’s operational expertise in protein and nut butter production as key factors in the acquisition announced Wednesday.

“I started this company based on four principles: protein, people, planet, profits—pretty much in that order,” says founder Justin Gold in the above video posted to the company’s Facebook page. “In my heart I believed that if we did those four things really well, not only could we disrupt the entire nut butter category, but we could make great products, do a lot of good in the world, and get noticed by a lot of people.”

And get noticed, he has. Last year, The Wall Street Journal reported the company’s annual revenue at over $50 million. To aid its growth, the company sold a minority stake to VMG Partners in 2013 and hired a former Hain Celestial executive, Peter Burns, as co-CEO last year.

"Justin's has pioneered nut butter-based snacking driven by a rabid consumer base for its products in part through inspiration by its roots in Boulder," said Wayne Wu, managing director of VMG, in an email.

Now that it has products on shelves in big-box retailers like Walmart and Target, Justin’s apparently needed more resources to grow. “The goal has been to get the business to enough scale where we can find the right operational partner to help us to the next level,” Gold says in the video. “They get protein, they love our business, they love our community, they’re going to continue to support all of our sustainability efforts, and they can truly help scale our business in a meaningful way, around sourcing raw materials, quality, safety and expanding our distribution.”

The Denver Post pegged the value of the deal, under which Justin’s will operate as an independent subsidiary under Hormel’s Grocery Products segment, at $286 million.

Jim Snee, president and chief operating office of Hormel Foods, told investors and analysts at the annual BMO Capital Markets Farm to Market conference Wednesday that the company liked the attractive growth profile of Justin’s, and the acquisition was a faster path into the growing specialty nut butter. Plus, it aligns with the younger, health conscious, on-the-go customer Hormel is focusing on and finding success with. Hormel also acquired Applegate last year for $775 million.

Gold couldn’t be reached for further comment on Wednesday but said in an email to friends of the company that Justin’s will bring as much value to Hormel as Hormel will bring to Justin’s. “The food landscape is evolving and although our investors at Justin’s are selling their shares, we are not selling out, Hormel Foods is buying in,” he wrote.

This is a message the company reiterated in response to disappointed consumers who reacted on social media. With some of its nut butter jars retailing at more than $10 a pop, the company will need to make retaining customer trust a priority. In its response to some Facebook commenters concerned about GMOs, the company replied that it is in process of attaining a non-GMO verification for all Justin's products and expects that to be complete within 12 months.