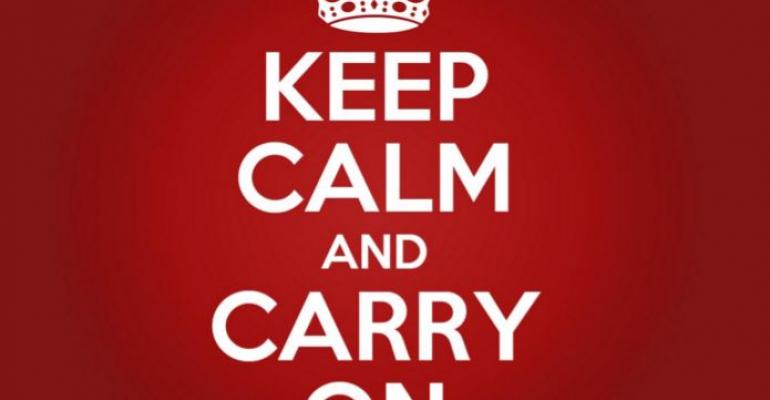 While some in the supplement industry are concerned that a new wave of enforcement action could be coming, Council for Responsible Nutrition President Steve Mister says the trade group is already engaged with state prosecutors and that continuing engagement is a more prudent course than overreaction and &ldquo;wringing our hands.&rdquo;

A meeting last week of the National Association of Attorneys General that focused on dietary supplement adulteration and spiking was another step in a process and “not a turning,” point, says Council for Responsible Nutrition President Steve Mister.

The meeting, held in St. Louis, was attended by at least one Federal Trade Commission official and included a panel that featured perennial supplements critic and Harvard MD Pieter Cohen. The meeting has been described as providing a blueprint for state prosecutors to get more involved in supplement regulation through enforcement, but Mister called it just one more step in an evolving situation that began with the New York attorney general’s actions on herbal supplements in February. It was not cause for panic, Mister said.  “We’ve been at this now for eight months. So what happened last week was not a turning point by any means. It is a continuing process and this was just one more step in that process.”

Mister noted that CRN’s regulatory counsel, Rend Al-Mondhiry, was on the panel and called that an example

of the organization's continuing involvement with state prosecutors. “The New York situation certainly shined a light on this industry and put us on their radar screen but I think we are making progress with them,” Mister said.

Mister said CRN has been meeting with the Republican Attorneys General Association and the Democratic Attorneys General Association in addition to the group that organized last week’s St. Louis meeting. The CRN president called such engagement crucial and ongoing. “We have identified those states where they tend to be the most active on consumer issues and we are having one-on-one meetings with the AG’s and their staff,” Mister said. “I think there is a lot of curiosity. The AGs and their staff read the consumer press just like all of us do and they are very curious to learn what is truthful and what is not. They are gathering information, but they are receptive to hearing the industry’s side of the picture.”

There are signs the tidal wave of state-by-state enforcement some predicted is not coming to pass, Mister said, noting that only two states joined New York on a letter to the Food and Drug Administration. The New York AG was aiming to have 50 states sign a letter to Congress in the spring but only recruited 14. “To get to 14, he had to bring in American Samoa, Puerto Rico and the District of Columbia.”

While United Natural Products Alliance President Loren Israelsen last week said that “I would regard Nov. 2 as the day we will remember as being the beginning of a new era of regulatory engagement,” Mister said the industry can’t afford to overreact. Mister characterized the optimal industry response as a long-term strategy of continual communication with state and federal authorities. “This is not a time for sitting around wringing our hands about what is going to happen,” Mister said.