HomeNewsOrganic isn't healthier? The natural industry begs to differ
Recent
Latest
Innovation at Milkadamia is a weekly exercise
May 27, 2022
Sponsored Content
Are there potential carcinogens swimming in your biobased laundry detergent? – article
Rowdy Mermaid disrupts functional beverages with science-based innovation
May 26, 2022
Monitor: Environmental claims confuse consumers—even natural shoppers
May 26, 2022
Trending
Getting ready for 2023: Trends for brands to consider
May 17, 2022
Natural beauty market trends
Jun 16, 2021
The Planting Hope Company aims to prove gender equity leads to success
May 23, 2022
Podcast: What brands need to get on shelf at Fresh Thyme Market
May 24, 2022 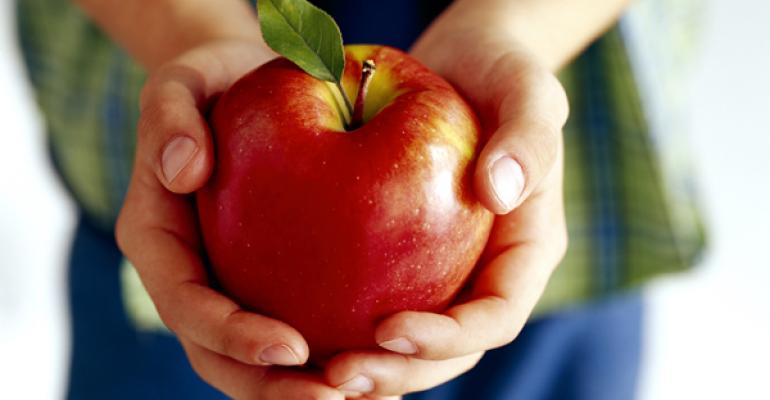 Admist a flurry of negative media attention for Stanford&#39;s study finding that organic produce is not &quot;healthier&quot; than conventional, thought leaders in the natural industry respond with compelling reasons to still choose, support and foster organics.&nbsp;

On Aug. 4, a new study published in the Annals of Internal Medicine made waves by finding that organic foods are no more nutritious than their conventional counterparts.

Media outlets ranging from The New York Times to The Times of India covered the story, thrilled over the controversy that self-righteous health nuts may have been duped into doling out extra cash for, well, nothing.

Scientists from Stanford University analyzed 17 studies focusing on humans, and 223 studies examining the nutrient and contaminant levels in foods. They found there is a strong lack of evidence “that organic foods are significantly more nutritious than conventional foods.” When they looked at the body of evidence as a whole, they didn’t see any marked differences between people who ate organically and those who ate conventional foods.

It is a common assumption among mainstream consumers that eating organic is healthier. Indeed, Nielson research found that 51 percent of people who bought organic for health thought organic was more nutritious, according to USA Today.

But leaders in the organic industry rebut the study findings, believing that the study was conducted through a narrow lens. Do more vitamins in produce really extrapolate to improved health? Why did the study define personal health in such constricted terms?

“The findings of this study are ripe for overstatement and misinterpretation,” says Charles Benbrook, chief science consultant at The Organic Center in a response to the study. "While the study reports a lack of evidence of 'clinically significant' benefits, it acknowledges several benefits that fall short of the team’s undefined threshold of 'significant'.”

The study reported that conventional produce harbored considerably more levels of pesticide residues than organic, but it clarified that these levels were still within the acceptable range of pesticides on exposure.

“The study said all these pesticide residues in conventional produce are permissible under EPA rules,” said author and organic advocate Michael Pollan in an interview with Bay Area’s KQED News. “They may be, but there's a question of how adequate those rules are. Because there are questions about whether those levels are okay for children and for pregnant women.”

Pollan's interview echoed the sentiments of many natural consumers, retailers, and manufacturers who would like to see more stringent regulations on pesticide regulations.

Other organic thought leaders responded to the study in kind.

“Consumers seeking to minimize their exposure to pesticide residues will find that foods bearing the USDA Organic label are the gold standard. This is because organic foods have the least chemicals applied in their production and the least residues in the final products,” said Christine Bushway, Organic Trade Association’s executive director and CEO.

Despite the study’s findings, there has been myriad earlier research finding that some organic foods do have more nutrients.

“In carefully designed studies comparing organic and conventional apples, strawberries, grapes, tomatoes, milk, carrots, grains, and several other raw foods, organic farming leads to increases on the order of 10% to 30% in the levels of several nutrients, but not all,” said Benbrook. “Vitamin C, antioxidants, and phenolic acids tend to be higher in organic food about 60% to 80% of the time, while vitamin A and protein is higher in conventional food 50% to 80% of the time.”

Additionally, a 2001 meta-analysis of 41 studies published in The Journal of Alternative and Contemporary Medicine found that some organic produce had 21.1 percent more iron and 29.3 percent more magnesium, among other minerals.

The takeaway: Focus on organic benefits, not deficits

Whether organic contains comparable levels of nutrients than conventional isn’t the point, however. While nutrition surely drives the purchase of produce sales as a whole, our industry has known for a while that savvy natural shoppers don’t buy organic to temporarily boost their vitamin C levels.

If that was the case there wouldn’t be a market for organic cookies or organic candy. Their (and our) intentions are much more lofty and long term than that.

We choose organic because it’s one of the only ways we have to protect ourselves against pesticides and GMOs.

We choose organic because we honor the intelligence of nature.

And, as any natural shopper can tell you, organic produce simply tastes significantly better than conventional. And there’s no arguing with that.

Do you think Stanford's study missed the mark? Tell us in the comments.