The Road to Natural: Contrast and consequences 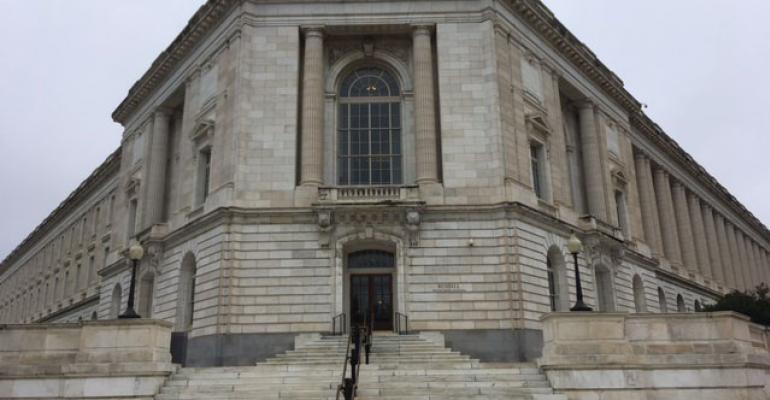 On day five of the Road to Natural: Back to the Farm series, we make a last stop in Washington to look into the political realities of fixing the food system driven by a myriad of niche interests.

The Road to Natural: Back to the Farm series, underwritten by MegaFood, examines the relationship between farmers, the natural products industry and agricultural policy as an editor, a farmer and a retailer activist embark on a five-day trip from western Iowa to Baltimore for Natural Products Expo East. Read the entire series here.

After more than 1700 miles on the road, most of it speeding past some of the best farmland on the planet, the busy streets and the cell-phones-and-briefcases buzz in nation’s capital seem utterly alien. The contrast between city and country is profound most anywhere, but in the sheer intensity of conflict and competing interests in Washington makes that contrast almost chilling.

And there are few places in the world where that intensity rings louder than in the sparse marble hallways that are the backstage to the political process that will control how the farms we walked through will prosper or fade.

We came to the Senate offices to learn more about the position in that process for the farmers we met and the industry we’ll connect with 40 miles north at Expo East.

In its last incarnation, the Farm Bill weighed in at roughly 1,000 pages. Written and footnoted into those pages were the fates of countless farmers and farms. Programs that helped or could help every farmer we met will be included or removed when the bill is debated again over the coming months. Already, the Trump administration has cut some of the programs that we’ve seen in action.

Ed Gibson hopes his Kentucky dairy will turn a profit on the cheese with the Ed-Mar Dairy label.  That could not have happened without a Value Added Producer Grant. The Trump Administration budget eliminates that program.  Genesis McKiernan-Allen grows vegetables in a greenhouse built with a grant from the Environmental Quality Incentive Program. That program also disappears. Probably every farm we visited benefitted from some small grant in programs that total an infinitesimal fraction of the subsidies to commodity crops and corporate farms that are stamped in bold type into the bill.

The farmers we met have a story. The question we have to ask in the corridors of the Senate Office Building is whether the Natural Products Industry is helping tell it. We have appointments in the offices of senators on the agriculture committee.

Their answer is not entirely encouraging.

We see Iowa Sen. Joni Ernst in the hallway outside her office. She has time for a photo, but not an interview. Instead, we talk to Devin Mogler, a staffer on Ernst’s team. Nobody should panic about the Trump budget, Devin assures us. That budget is a sketch that will be blotted over in new ink. That doesn’t mean, the Rural Development program and other grants are safe.  “Weird budget rules,” Mogler tells us, put those programs in a peculiar risk. They are too small to be assumed safe. All under $50 million, they are not part of the baseline budget that would more or less be automatically renewed. That puts them into the mill for deals and debates. “That’s going to be a challenge,” Mogler explains. The small programs “have so much bang for the buck,” he tells us, but making sure they remain in the bill and perhaps getting a little extra money “is going to be a challenge.’

We assumed that was the case. That wasn’t the important question of the morning. We wanted to know if the natural products industry has offered its voice, lent is $194 billion weight to the cause of the farmer. Mogler shakes his head. He hasn’t heard that voice, anywhere.

We step back into the hallway at a quick pace. The schedule is tight, with meetings in the offices of five senators squeezed into two hours. Heading government relations for the Natural Grocers chain, Alan has a rough schematic and we move at a quick pace to different offices to get more or less the same answer.

In Minnesota Sen. Amy Klobuchar’s office, Brian Werner warns that organic farmers are up against the “Hormels and General Mills of the world.” Their voice is loud, he says. Klobuchar has heard from the organic community and the natural products industry, but not enough, he says. For each of the programs, senators and staffers will have to find offsets. Those offsets will impact interests that also have voices. Bang for the buck or not, he says, “to assume that we are going to get these programs is a mistake."

Another quick walk down a set of halls and stairways takes us to Nebraska Sen. Ben Sasse’s office. Sasse’s Agriculture Policy Director Ginger Wilson invites us into an alcove she jokingly describes as a private meeting room. She knows what we’ve seen on the road because she’s been on so many farms and seen the big impact of small grants. “I can rattle off countless stories,” she tells us.

Each of those stories means jobs—jobs in rural communities. They are, she says, “meaningful jobs,” but she’s not sure many in Congress have heard the stories. The natural product industry could add volume to the stories. “Just getting some of that data into these hallways would help,” she says.

But is she hearing the stories and the data from the natural product industry, companies that depend on organic farms as a foundation in their value proposition? “Not very often,” she says. “I hate to say it.”

We ask her what the industry could be doing. Her answer is simple: “Just be more involved.” That’s much of the message we hear when we meet with the one senator who has made time to meet with us. Colorado Sen. Michael Bennet makes a small slot available, late in the morning. He is curious and enthusiastic to hear Andrew’s story of creating a market for his superfood, the aronia berry, and building a network of Iowa farmers to supply the berries. Andrew explains what it took to make that happen, and how it could happen in other places, like Colorado.

Bennet has questions. He’s interested. This is not a taped interview. It’s not off the record, but we have agreed to use a statement and not a quote from our notes.

It’s a statement we’ve driven through nine states to hear, and it holds true to what we’ve heard in each of them. The natural products industry is not a handful of natural co-ops anymore. It’s a far bigger thing than folding tables at weekend farmers markets. The natural products industry has greater resources and a greater responsibility. It needs to step up for the farmers, for consumers, for itself.

The contrast between city and country is profound most anywhere. In Washington, it’s more than contrast. It’s consequence. We talk about some of those consequences on the 40-mile drive to Baltimore. We need to keep talking about them.

The industry needs to join the conversation with a louder voice.

This series is underwritten by MegaFood.