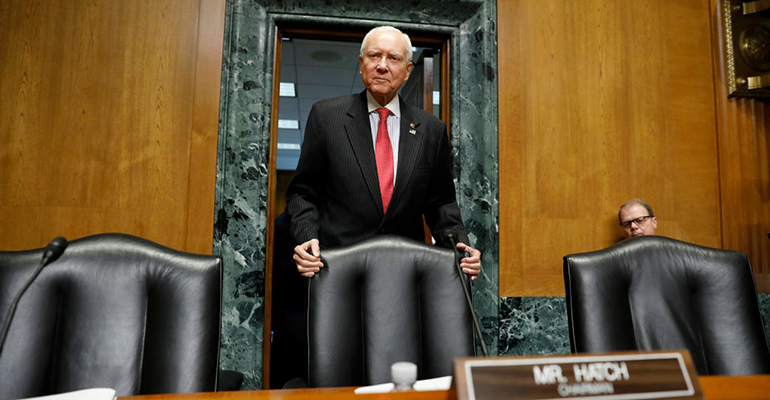 The Utah senator played a pivotal role in the development of the modern supplement industry, and his retirement is a reminder that the industry needs to remain politically agile and engaged.

The retirement of Utah Senator and architect of the landmark DSHEA legislation Orrin Hatch should remind the supplement industry to keep its contacts and context current as political and consumer universes collide, industry insiders noted in the wake of Hatch’s Jan. 2 announcement.

Hatch, the longest-ever serving GOP senator, announced he will not seek re-election, opening the door wider to an anticipated campaign by former Massachusetts governor and 2012 presidential contender Mitt Romney to take the spot in what should be a safe Republican race. Hatch, representing a state that grew into a focus of the supplement industry, has long been a champion.

Hours after the announcement, Council for Responsible Nutrition President Steve Mister noted that the 83-year-old senator’s retirement came as little surprise. CRN and other trade groups have been strategizing on connections to keep the industry’s interests represented at every level. Unlike when Utah Rep. Jason Chaffetz announced he was leaving in April, less than halfway through his term, the industry has plenty of time to get ready for Hatch’s departure, Mister said. “We learned some valuable lessons when Sen. (Tom) Harkin retired,” Mister said. “We do need to have lots of people in the wings that are friendly to the industry and not just depend on one or two members.”

The key, Mister said, is to find senators and representatives who not only listen to the industry but have an interest as consumers themselves. “I think one of the strengths of Sen. Hatch was not just that he had the industry in his state but he saw value in the products.” Mister said he hopes whoever replaces Hatch “is really somebody who takes up the interests of the consumer.”

Karen Howard, executive director of the Organic & Natural Health Association, called the consumer connection a pivotal part of any political approach in 2018. The industry can’t depend on champions like Hatch in an age when consumers vote not just with their wallets but with social media and other avenues of expression, she said. Hatch’s retirement is a nudge to re-evaluate the political approach. “With this kind of political environment, really speaking for the consumer’s voice is an opportunity we cannot pass up,” Howard said.

The supplement industry has to align with a mission and movement that isn’t solely focused on senators representing industry interests, she said. “It needs to be bigger than DSHEA. It needs to take care of where people are now.” Consumers can force change far quicker than policy, Howard noted. Depending on a few friends in Congress without choreographing in the consumer doesn’t work anymore. “The consumer drove Campbell Soup into our laps, not the government, not the GMA (Grocery Manufacturers Association),” Howard said. “This is the year of the consumer.”

Scott Steinford, whose Trust and Transparency consultancy is organizing single-ingredient trade groups, says rapid changes in not just the political landscape but in how that landscape functions at bedrock levels requires the industry to become more agile in its political approach. In that respect, Hatch’s retirement is both a wake-up call and an opportunity, Steinford said. The industry can’t afford to look backward at DSHEA and other accomplishments when the world moves more and more quickly. “A new face and a new following are both required,” he said. “I believe that the focus needs to be in relation to where we are as an industry now and not where we were at the beginning of DSHEA.”

Mark LeDoux, chairman of the board at the Natural Products Association, recognized the wake-up call nature of Hatch’s retirement but also noted that new approaches can’t mean ignoring the shoe-leather nature of connecting with Washington lawmakers. LeDoux recalled both Hatch and Harkin warning the industry that they wouldn’t be around forever and said that message fell on some deaf ears. New messages and mediums are important, but the industry still needs to double down on personal connections in Washington. “This is where the sausage gets made,” LeDoux noted. “You have to be there. You have to be engaged. Just thinking that somebody is going to do it for you is ill-advised.”