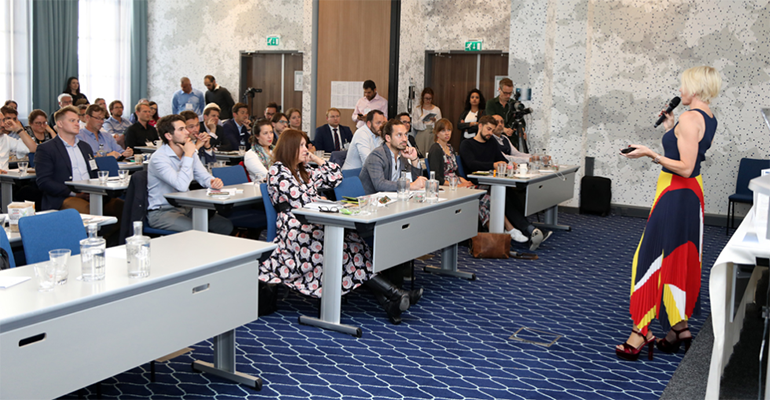 The Sustainable Foods Summit was hosted in Amsterdam a few weeks ago. The aim of the summit is to explore new horizons for eco-labels and sustainability in the food industry. Some of the key outcomes of this 11th European edition are...

Tobias Bandel from Soil and More explained how climate change is affecting soil fertility and crop yields. He called for farmers to reduce economic risks by building farm-system resilience via crop rotation and diversity, green manure and crops, and biomass recycling.

Food waste is a major sustainability issue, with an estimated one third of all food produced going to waste. Al Overton from Planet Organic showed how the retail chain has attained zero waste (edible food) status. It donates surplus food to the Olio Food Waste Heroes programme. In 2018, Planet Organic donated 11 tons of food from its seven stores, helping to provide 55,000 meals to people in need.

Sustainability schemes such as Fair Tade and UTZ Certified have improved farmer conditions, but have done little to improve poverty levels, according to Julia Gause from FairAfric. The company is "de-colonizing" supply chains for chocolate by producing in Ghana. The company says making organic chocolate in the West African country generates five times higher income for producers than sourcing cocoa alone.

Getting a flavor for plant-based foods

The global market for plant-based foods is projected to reach $5.2 billion in 2020. Givaudan research shows that 52% of consumers stay in the plant-based category because of taste. The flavourings firm calls for companies to take a targeted approach when developing products for the diverse consumer groups that now consume plant-based foods.

Heather Mills, public figure and founder of V-Bites, believes the food industry is at the cusp of a plant-based revolution. In her closing keynote she said such foods provided many solutions to sustainability problems facing the food industry. Her company is ramping up production in order to meet surging demand.

Toby Pickard from IGD outlined the implications of digital trends on the grocery industry. Giving examples, he showed how retailers are having to adapt their physical stores and provide new delivery mechanisms. The future maybe with staff-less stores (Amazon Go), drone deliveries (JD.com), and direct-to-fridge deliveries (Walmart).

It is estimated that up to 6 billion male chicks are culled each year because they are the wrong gender. Martijn Haarman from Seleggt gave details of its new identification technique that prevents the hatching of male eggs. Eggs that remain after using the technique are labelled "Respeggt" and are currently available in Rewe and Penny retailers in Germany. In June, the German Federal Administrative Court supported the new technique to prevent the death of male chicks.

There is growing investment into sustainable packaging materials, with some new plastic alternatives presented at the summit. Agrana is creating thermoplastic starch from plant sugars; the material is used to make compostable packaging for fruits and vegetables.

Markus Kainer, CEO of the Austrian firm VPZ, showed how it is taking cellulose from wood to make PackNatur, which is used in net packaging. Futamura is also making cellulose-based biopolymers to make compostable packaging. Its NatureFlex material is now used in a range of food and beverage products.

There was a call to go plastic-free by Frankie Gillard from A Plastic Planet. According to her organisation, over 6.3 billion tons of plastic waste has been produced since the 1950s and only 9% has been recycled. It is encouraging more retailers to follow EkoPlaza and Thornton Budgens and develop plastic-free aisles. Its new Plastic Free Trust mark is given to products and packaging that meet its criteria.