Taco Bell is testing out a new vegetarian protein 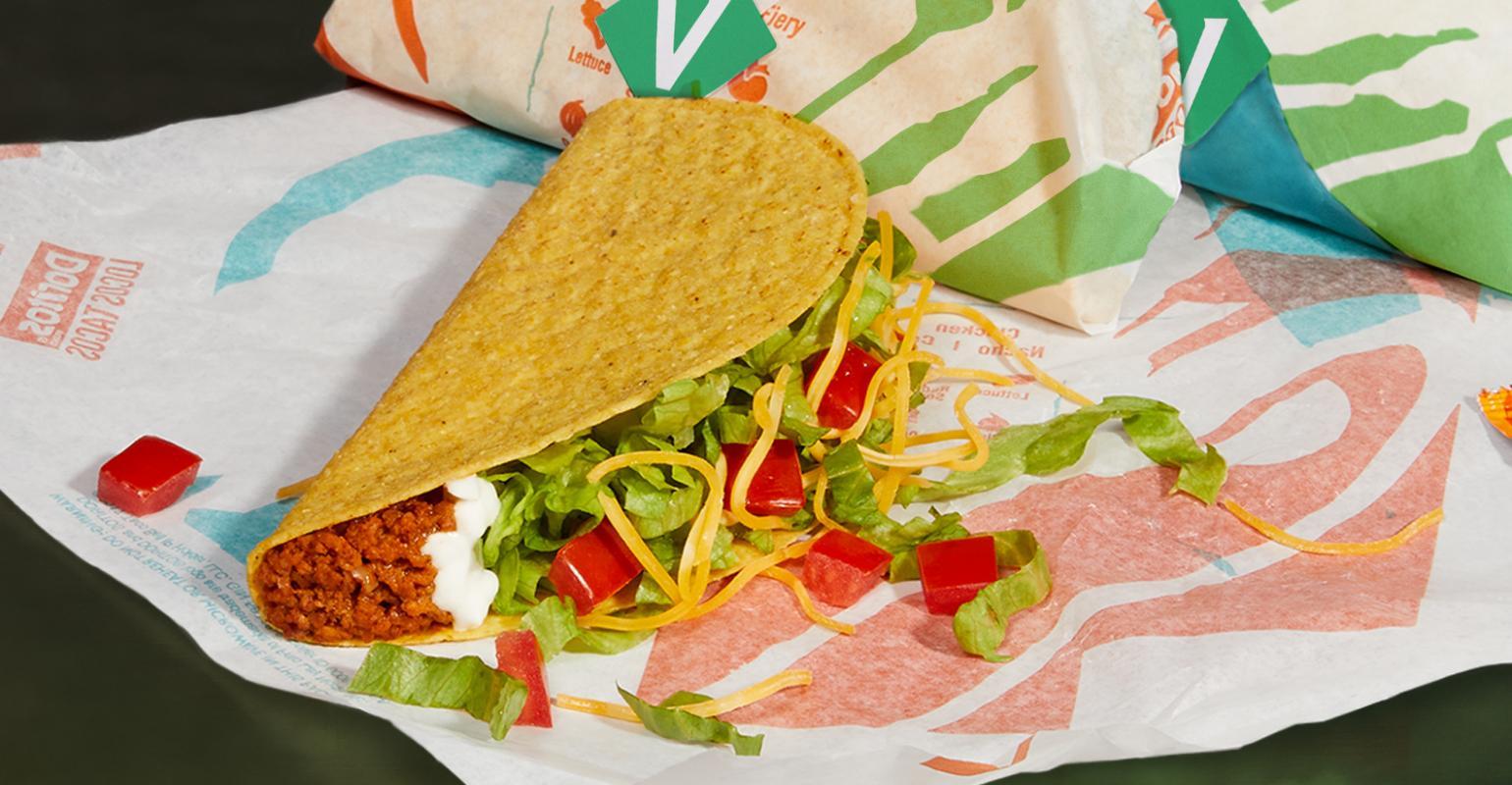 This plant-based protein is made of a blend of peas and chickpeas and being tested in the brand’s ‘Cravetarian Taco’ at one California Taco Bell.

Taco Bell is testing out a proprietary plant-based protein made from a “boldly seasoned” blend of peas and chickpeas as the star of their Cravetarian Taco, available for now at one Taco Bell location only in Tustin, California, the Yum Brands company confirmed on Thursday.

Similar to Taco Bell’s “Original Crunchy Taco Supreme,” this new LTO item is topped with shredded cheddar cheese, lettuce, diced tomatoes, and reduced-fat sour cream inside a crunchy tortilla shell and is American Vegetarian Association-certified vegetarian, while the meat itself is certified vegan.

“The term ‘Cravetarian’ is inspired by all of Taco Bell’s craveable options, and it emphasizes how no one should have to sacrifice bold flavors for their lifestyle,” a Taco Bell spokesperson told Nation’s Restaurant News. “The Cravetarian Taco is just one output of Taco Bell’s innovation team as they have been busy making good on the brand’s continued commitment to provide more vegetarian options in 2021.”

This is not Taco Bell’s first foray into meatless proteins and in fact, the fast-food chain is known for its variety of vegan and vegetarian options. In September 2019, Taco Bell debuted its vegetarian menu featuring items like that (at the time) new Black Bean Crunchwrap Supreme and Black Bean Quesarito. In December 2019, it introduced a meatless protein that was supposed to act and taste like ground beef available as part of the Oatrageous Taco. The protein was made of pulled oats and legumes and was tested in Taco Bell’s overseas European markets.

Taco Bell also caused a stir during the pandemic when the company temporarily got rid of multiple vegetarian menu items, including popular potato-based items. But the Cheesy Fiesta Potatoes and Spicy Potato Soft Tacos returned in March due to popular demand.

Later this year, Taco Bell will be partnering with Beyond Meat to create more pant-based protein options, as part of Yum Brands’ partnership with the meat alternative company, first announced in February.

The Cravetarian Taco is available at the Tustin Taco Bell location until April 29 for $2.19 and the option to substitute the new protein in other menu items will also be available at no extra cost.